After bursting onto the scene as a precocious teenager at Surrey, Dom Sibley’s career threatened to stagnate. At 22, he sought the assistance of renowned batting coach Gary Palmer and just over a year later he finds himself in an England Test squad, writes Sean Wilson.

It’s hard to believe now, but there was a period towards the back end of last year’s County Championship when Dominic Sibley did not know where his next run was going to come from.

After reaching 30 just three times in his first 20 first-class innings of 2018, a run that included eleven single digit dismissals, the optimism over Sibley’s future as a possible England opening batsman was waning.

England’s Under 24 Seven: @Harry_Wisden runs the rule over the next generation.#NZvENGhttps://t.co/gu7zmlFWlS

Sibley announced himself on the county scene by making 242 for Surrey as an 18-year old back in 2013, following a prolific time as a junior cricketer. After that breakthrough innings, his runs dried up. Initially at Surrey and then after his move to Warwickshire. Something needed to change or his promising talent threatened to go to waste. 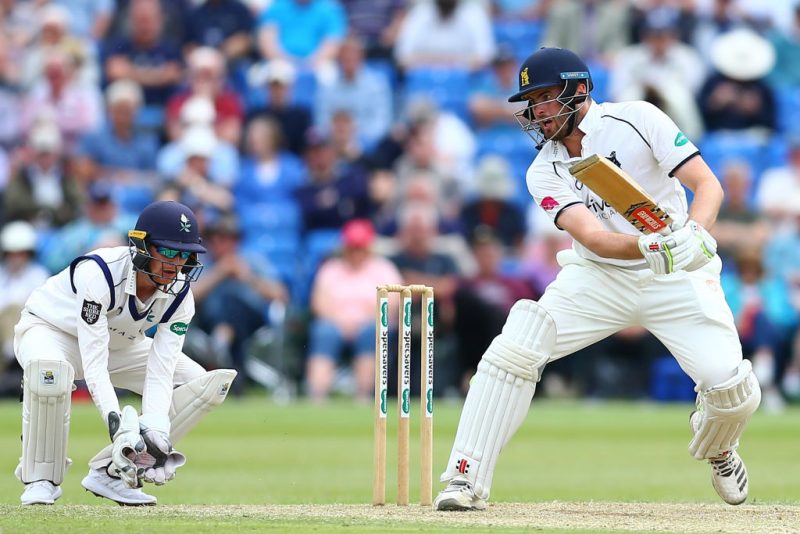 Work on his batting was initially carried out by the Warwickshire coaches but the real improvement came when, in September last year, he joined forces with Gary Palmer, a freelance batting coach who specialises in technique. Palmer, who played first-class cricket for Somerset, is a coach who believes that an open stance prevents players from falling towards the off-side. Furthermore, he is convinced that attention to the finer details of technique, as well as hitting hundreds of balls to build muscle memory, is paramount to a batsman’s success.

Palmer has his own academy in Oxford and has worked with several high-profile players, such as Sir Alastair Cook, Shan Masood, Nick Compton, Ian Bell and Kieran Powell. Sibley was made aware of Palmer’s influence on players and was quick to contact the coach for sessions as he searched for new and improved ways to tweak his technique. Although Palmer’s methods are not popular with everyone, he is thought to be highly rated by many in the coaching world, including current ECB Director of Cricket Ashley Giles, who has visited Palmer’s sessions on several occasions.

In a world where coaches are generally considered to be hands-off and gentle in their approach, Palmer adopts a no-nonsense style and is said to quickly identify faults in a player’s technique. Yet what perhaps sets Palmer apart, as several England Lions players found out when he worked with them during their winter tour to Australia in 2017/18, is that he knows how to fix technical issues and get a batsman playing fluently again. 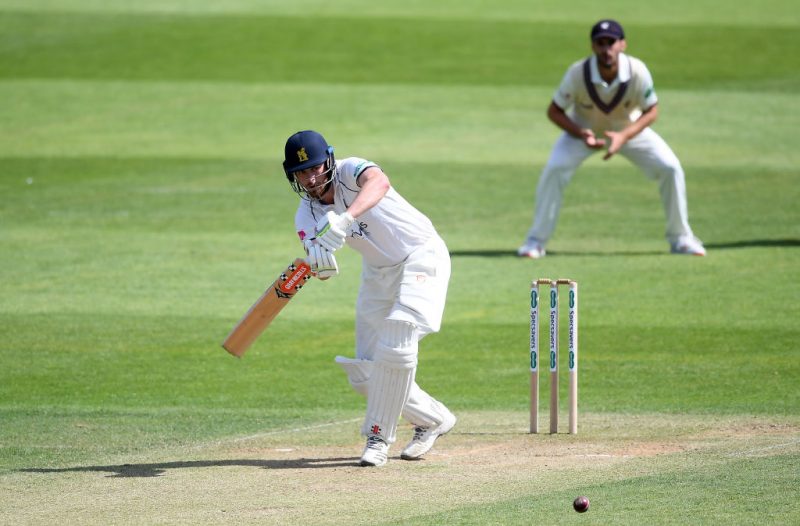 Palmer’s motto is ‘test by results’ and Sibley’s turnaround since the pair started working together has been extraordinary. After plenty of work was done to open up his stance, along with getting him to play straighter with his laces pointing down the wicket upon completion of shot, Sibley hit 106, 44, 144 not out and 119 in his last four Championship innings of the season to help Warwickshire regain promotion to Division One.

That late season form was just the beginning. Continuing with his new technique, Sibley started the 2019 first-class season with an unbeaten second innings 128 for the MCC against County Champions Surrey in Dubai as his relentless appetite for scoring big runs and batting for longer periods increased. The 24-year-old’s new-found form continued into this Division One season, where he has been nothing short of a revelation, hitting 1,324 runs at an average of 69.68 and facing 3,024 balls – no other batsman in Division One has faced more than 2,000 balls.

Sibley is currently the only Division One batsman this season to reach the landmark of 1,000 Championship runs, which was passed during his epic 244 for Warwickshire in their draw against Kent at Canterbury in July. Earlier in the season, after carrying his bat for 109 against Hampshire, Sibley had hit six centuries in six successive first-class games. He is currently on a run of nine tons in his last 17 first-class matches.

“I saw him get his double hundred for Surrey against Yorkshire because I was on the Yorkshire coaching staff,” Warwickshire director of sport, Paul Farbrace, recently told The Times. “The main strength is that he hits the ball straighter than he has ever done; when I first saw him play he was very much through mid-wicket, but he’s straightened up and he hits the ball down the ground an awful lot. [He is] very organised, very patient and he’s happy to bat all day and take his time scoring runs.”

As white-ball cricket soon took over in the peak period of the season, Sibley played only one first-class match from the beginning of August to September 10, returning with scores of just 0 and 9 against Somerset. He quickly returned to his best in his most recent three Championship matches of the season, however, making 51 against Essex and then 215 not out and 109 in a stunning display against Nottinghamshire. It was the continuation of his remarkable form over the past year. Since his changed technique, Sibley has made 2019 first-class runs at 72.10. Before that, he had 2178 first-class runs at just 29.83.

His form prompted calls for Sibley to be considered as an option for the Ashes as England’s prolonged search for reliable top-order players continued. After trying out 15 different openers since Andrew Strauss’ retirement in 2012, England are still struggling to find batsmen who can consistently lay a platform for their exciting middle-order. 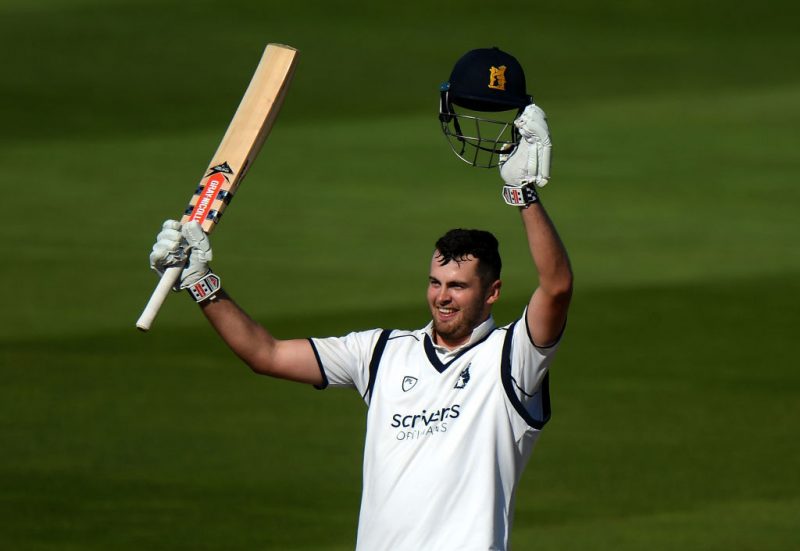 Sibley has been the standout opener in Division One, this season

Sibley, who hit 74 and 30 on his first appearance for the England Lions in July, may be that man but you would be forgiven for being sceptical, given the previous failures of past England openers who broke into the side off the back of similarly prolific county form. Adam Lyth, Sam Robson, Keaton Jennings, Alex Hales, and Ben Duckett all made their Test debuts after racking up impressive numbers in first-class cricket but failed to adapt to higher quality bowling on testing pitches at the highest level.

So, a big question remains: what makes Sibley different to England’s plethora of failed Test openers since Andrew Strauss retired in 2012? Firstly, the difference in technique. While the aforementioned openers adopted a more side-on approach, Sibley’s open stance, along with his emphasis on playing straight, something which Cook adopted during the latter part of his career, could be the answer to coping with top class seam bowling. In addition, Sibley’s ability to bat for long periods is something that is less frequently seen in the first-class game but its value remains the same.

“I’ve never found concentrating for several sessions that difficult,” Sibley told BBC Coventry & Warwickshire after his 244 against Kent. “It’s something that has come naturally to me from a very young age. I’ve always been able to bat long periods ever since school.”

"[He is] very organised, very patient and he's happy to bat all day and take his time scoring runs"

Age is also on his side. At just 24, Sibley should have his best years ahead of him and may be a player that England can stick with for the future.

Thanks to those vital technical changes back in September 2018, it has been a remarkable transformation in form for Dom Sibley, and he heads to New Zealand with all the tools to succeed at the highest level.