Lancashire’s Liam Livingstone has turned down the opportunity to play in next year’s IPL in favour of playing a full County Championship season.

Released by Rajasthan Royals ahead the 2020 IPL after featuring for them four times in last season’s tournament, Livingstone will not put his name forward for next month’s auction.

Livingstone, whose IPL deal with Rajasthan was worth less than half of what he’ll earn from The Hundred, has cited his desire to break into the England Test team as one of the factors behind his decision. “I have decided to put a renewed focus on first-class cricket next summer,” said Livingstone. “I am committed to improving my game in all formats and I still have hopes of playing Test cricket; the best way to achieve that is by impressing in Division One. 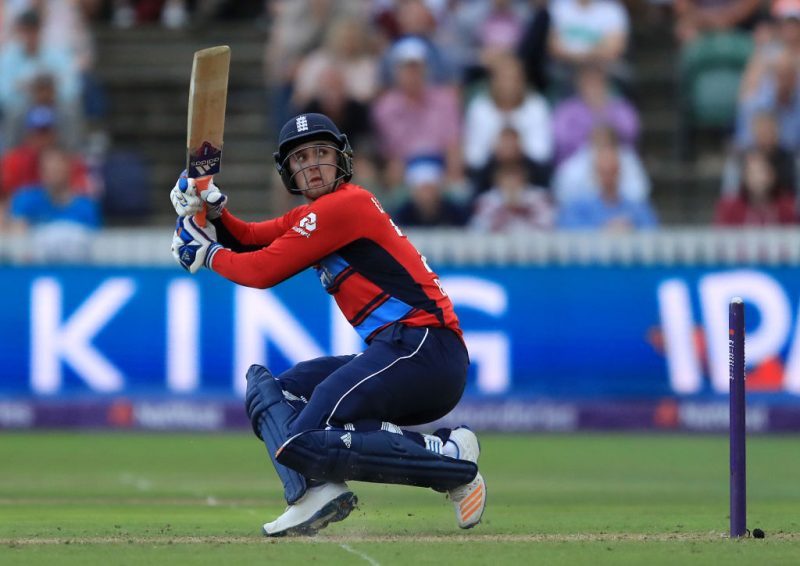 Liam Livingstone played two T20Is for England back in 2017

“I hugely enjoyed being part of the County Championship side last season. The lads played some exceptional red ball cricket and I am optimistic about what we can achieve together moving forward.”

Uncapped in the Test arena, Livingstone was part of England’s Test squad for their tour of New Zealand in early 2018. He followed his maiden Test call-up with a barren year in domestic first-class cricket, failing to pass 50 once as Lancashire were relegated to Division Two of the County Championship. He enjoyed a significant upturn in form in 2019 after stepping down as captain as Lancashire secured an instant return to Division One.

With a significant chunk of the County Championship season clashing with the Indian Premier League, Livingstone’s decision comes as welcome news for Lancashire. “To have Liam available for the start of the season is welcome news,” said Lancashire director of cricket, Paul Allott. “He is a senior member of the changing room and undoubtedly improves our side in first-class cricket.

“With an enhanced focus on Specsavers County Championship cricket in the early months of the 2020 season, we need to ensure we hit the ground running on our return to what will be a competitive Division One. Liam’s availability will help us to achieve this.”

With a T20 World Cup set to take place in October next year and places in England’s T20I middle-order seemingly up for grabs, Livingstone’s decision is an interesting one. At this point in time you’d think that he’s closer to the T20I side than the Test outfit. I also wonder whether Livingstone’s big money deal in The Hundred has anything to do with his decision. The Hundred means that he was already going to miss a period of Lancashire’s season and the significant amount of money he’ll earn from it might mean that he felt less inclined to miss the start of the County Championship season for spending a few weeks where he’d most likely be carrying the drinks, albeit for a lot of money.