Afghanistan leg-spinner Rashid Khan has agreed to extend his stay at Sussex by committing to playing in all their remaining Vitality T20 Blast games this season.

Rashid was initially supposed to leave Sussex after seven games for a stint in the Caribbean Premier League but he has since withdrawn from that competition. 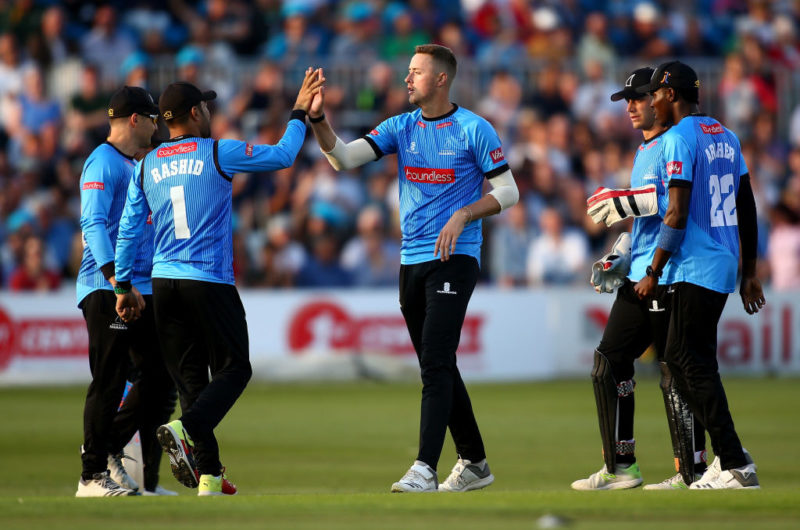 Sussex are currently in fourth place in the south group

News of the ICC’s No.1 ranked T20I bowler extending his stay on the south coast will be music to the ears of everyone involved at Sussex. Head coach, Jason Gillespie, was understandably delighted with the announcement. “I’m very big on continuity when it comes to tournaments and, as a general rule, I prefer not to have players dropping in for a few games,” he said.

“Having said that, Rashid is the number one T20 bowler in the world and so having him in the team for any number of games would have added value – as we have already seen – but to now have him available for the whole of the group stage is absolutely wonderful.”

Rashid, who has taken six wickets in five games, said: “I had always wanted to play more than the first seven games, so when I heard I was now going to be free I asked the club straightaway if they would like me to stay for the full 14 matches.

Related Story: The five teams in the Big Bash 2019/20 finals

“Thankfully, they also wanted me to stay. I’m really enjoying my time at Sussex so far and I’m looking forward to the rest of the matches here. Let’s hope we can win many of them.”

Sussex are in a good position to advance to the quarter-finals. They lie in fourth place with a game in hand over most other teams in the south group with the top four teams going through.