Ryan ten Doeschate has stepped down as Essex captain after four years at the helm in first-class cricket, with Tom Westley named as his replacement.

The all-rounder led the club to three titles, with promotion from Division Two in 2016 followed by a first County Championship title in 25 years the next season as Essex enjoyed an unbeaten campaign.

In 2019, Essex celebrated winning another County Championship title after claiming a draw against Somerset on the final day of the season.

Ten Doeschate has also enjoyed spells as Essex’s limited-overs captain and led the side in the 2019 Royal London One-Day Cup, although off-spinner Simon Harmer was at the helm for Essex’s T20 Blast-winning campaign later that year.

Westley, who played five Tests for England in 2017, will now lead Essex in Championship and 50-over cricket, with Harmer continuing as captain in the shortest format.

On ten Doeschate’s decision to step down from the role, Essex head coach Anthony McGrath said: “Ryan has been a phenomenal club captain and as head coach, I couldn’t have asked for any more from him. 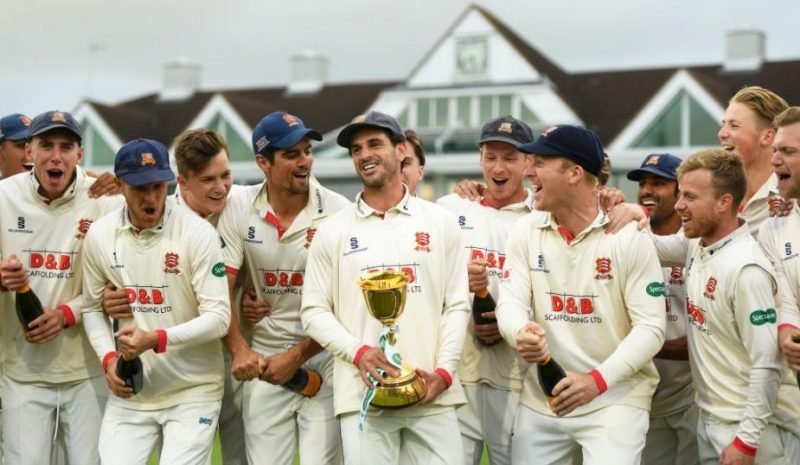 “His commitment and dedication to the club is second to none, and if you look at the position Essex were in before he took over and compare it to where they are now, a lot of that rise is down to Ryan.

“Now is the right time for someone else to take the reins and lead the team.”

Ten Doeschate signed a new one-year contract with the club in October and will remain a part of the playing group.

In an open letter on Essex’s website, ten Doeschate wrote: “It’s been the biggest privilege to captain this club for the last four years and now is the right time for someone new to take charge.

“I can’t wait to join the troops, focus on my batting, and to give the new captain all of my support in continuing to try to get the best out of our great club.”

Essex cricket chairman John Faragher said: “During his time as club captain Ryan has shown outstanding leadership and interpersonal skills, both of which have been a major factor in the club’s success over the last four years.

“To win Division Two and then two Championship titles in four years is a remarkable achievement and he steps down with the club in a strong position for further success.”

On his appointment as club captain, Westley said: “It’s a real honour for me to be named club captain and it’s a challenge that I’m really looking forward to.

“I’ve been with the club since I was 13 and I can’t really put into words how much this means to me. I’ve spent my whole career with Essex so it’s a really proud moment for me and my family.

“Ryan has done an outstanding job and deserves every bit of praise he gets. He’s been a fantastic captain, a close friend and an excellent leader who I’ve learnt a lot from.

“We’ve been so successful as a club under his guidance, and my main goal as captain is to continue the great work he’s done, carry on winning games of cricket and ultimately bring more trophies to this great club.”