Harbhajan Singh, the Indian off-spinner, said he’s ready to withdraw his name from the draft for The Hundred, and stressed he wanted to continue playing in the IPL with Chennai Super Kings.

Harbhajan was the only Indian player to put his name forth for the inaugural season of the ECB’s new 100-ball tournament, which starts in July 2020. However, as per BCCI regulations, active Indian cricketers are not allowed play in foreign franchise leagues before their retirement. Recently, Yuvraj Singh featured in Canada’s Global T20 League after announcing his retirement from international cricket in June.

The 39-year-old  Harbhajan, who is India’s second-highest wicket-taker in international cricket after Anil Kumble, was seemingly unaware of the rule, and moved to quash talks of his retirement, saying he would continue playing in the IPL next year.

"I don't want to break any rules but I find the concept interesting. As and when, the rules allow me to play, I would definitely like to be a part of it."

“For me, Indian Premier League and Chennai Super Kings remain priorities,” Harbhajan told the Press Trust of India. “I have had two good seasons with CSK, where we played two finals. So right now, a good third season is what I am looking at.

“I respect rules laid down by my parent body. I will never flout any BCCI rule. If that means withdrawing my name from the draft, so be it. I will withdraw my name.”

The veteran off-spinner is one of just five players (Rohit Sharma, Ambati Rayudu, Yusuf Pathan and Lasith Malinga) to have won four or more IPL titles as a player, having featured in Mumbai Indians’ victorious campaigns in 2013, 2015 and 2017, and then for Chennai Super Kings in 2018. He’s also the joint third-highest wicket-taker in the league with 150 scalps to his name. 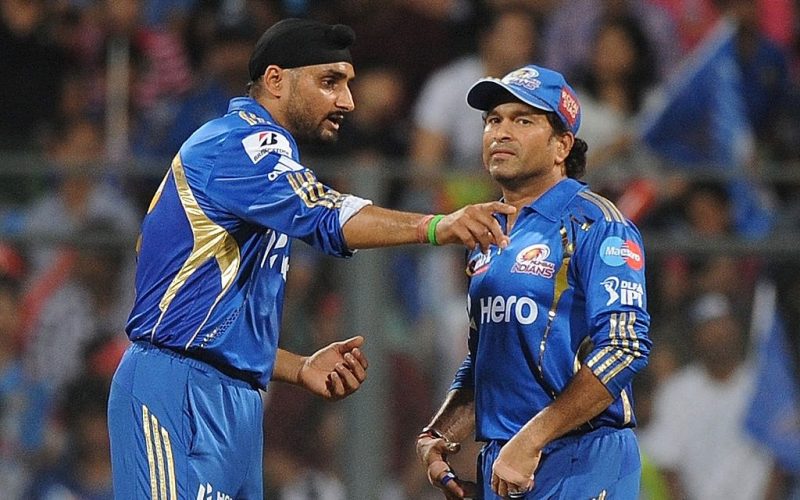 Despite his potential withdrawal, Harbhajan said he found The Hundred an interesting format, and expressed hope of playing it in the future.

“I don’t want to break any rules but I find the concept interesting,” he said. “As and when the rules allow me to play, I would definitely like to be a part of it.”

Harbhajan is currently a part of the commentary team for the India v South Africa Test series and is expected to be back in action for Punjab during the Syed Mushtaq Ali trophy, India’s domestic associated-based T20 tournament, beginning on November 8.