The right-armer, who has 100 international wickets and claimed Ireland’s maiden Test five-for against England at Lord’s in June, was forced to make a decision by an ECB ruling which meant Ireland cricketers could no longer play in county cricket as non-overseas players, due to their recently gained status as a Full Member of the ICC.

A two-year grace period followed Ireland’s ascension to Full Member status, after which there were only three Irish internationals left playing in county cricket – Murtagh, his Middlesex team-mate Paul Stirling, and Durham’s Stuart Poynter. With Poynter having chosen to continue playing for Durham, and Stirling opting for Ireland, Murtagh had been the only one of the trio left with a decision to make.

There had been speculation that he would take until the end of Ireland’s upcoming limited-overs tour of the West Indies to make his decision, but he has instead acted now, signing a two-year contract with Middlesex, while the option of him continuing to play both for Ireland and for the Seaxes as an overseas player was closed off by the Lord’s based side signing Australia’s Peter Handscomb. But with Murtagh’s prolific record in county cricket – since the start of the century, no one has more first-class wickets in England than his 782 – it was unlikely Middlesex would let him go lightly. 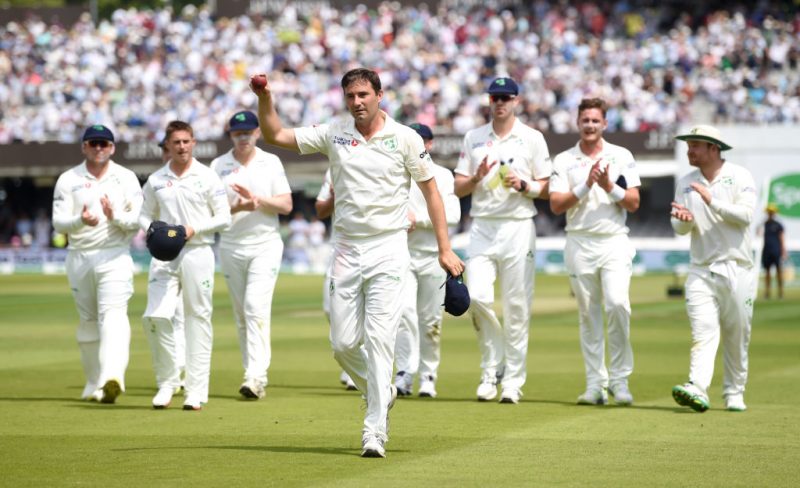 “I made a promise to Angus Fraser when I first started playing international cricket that if I ever had to make a choice between playing for Ireland or rewarding Middlesex for the commitment they’d shown to me over the years, that I would commit to finishing my playing days at Lord’s,” Murtagh said. “Having been a member of the Middlesex family for over a decade now, I believe that with the additions we’ve made over the winter, we have one of the most promising squads here now that I’ve ever been a part of.

“I wouldn’t have committed my future to Middlesex unless I felt that the club shared my ambition to win trophies and we have a huge amount of young talent here to drive us forwards towards that goal. Under the new coaching regime, we’ve got a harmonious dressing room that is excited for the new season to get underway and a new captain that everyone is keen to impress.

It’s a decision some felt Tim Murtagh should never have had to make. While from one vantage point, the ECB’s decision to bar Ireland players from playing county cricket as non-overseas players is uncontroversial – why should they be treated differently from any other Full Members in this regard? – and it could even eventually benefit Irish cricket, whose first-class system will now have to stand up for itself, there were questions raised over its legality, with the move seemingly stopping some British passport holders from plying their trade freely in the UK.

However, while there were several pointed comments and raised eyebrows, no one was prepared to bring what would have been a landmark case against the ECB, and those questions will now remain unanswered. Some senior figures at Cricket Ireland felt it was a matter for individual players to dispute, while Stirling could “see why it could be challenged”, but no one was willing to put their head above the parapet, a decision that would bring with it time and money spent, effort expended, and potentially bridges burned. Whether the decision was fair or not, we might never know. But we have apparently seen the last Irish international playing as a domestic cricketer in England.

“I would like to thank the club, our supporters and most importantly our members for the support they’ve given me over the years and I am really looking forward to continuing to do my best for Middlesex and to finishing my playing career at this great club.

“This is a day that I have known has been coming for a few years since the ECB changed their regulations, but it hasn’t made the decision any easier. I’ve had eight great years playing international cricket and loved every minute of it. It’s sad that it has come to an end but a decision that I have made my peace with.” 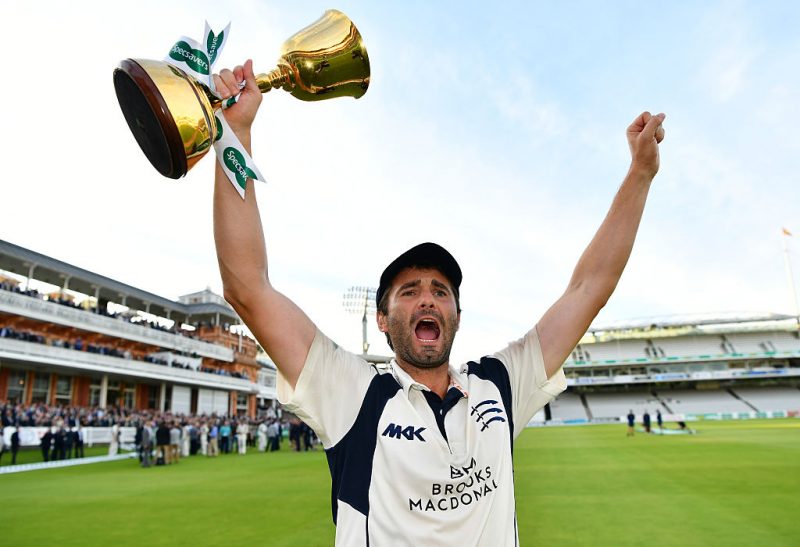 Tim Murtagh has been prolific at Lord’s for Middlesex

Murtagh finishes as a true great of Irish cricket, with 2019 having been one of his most successful years. Both his international five-fors have come this year, one in ODIs against Afghanistan in June, and the other on that famous Lord’s day in June when Ireland skittled England for 85, briefly sparking hopes of one of cricket’s great upsets. This year also included a maiden international half-century, against Afghanistan at Dehradun, during the course of which he became the first Ireland player to hit a six in Test cricket.

His Lord’s heroics featured high among the highlights of his career picked out by his teammates.

“It goes without saying that we’re going to miss Murts massively,” said former Ireland international Ed Joyce. “His quality with the ball is unquestioned, but it is also the sense of calm he brought to the side knowing exactly what you were going to get every time he ran in that we’ll also miss. In an era where pace is often regarded as the be-all and end-all, he has shown that good old fashioned line and length and relentlessness is still as good an asset as it always has been.

“My favourite Irish cricket memory as a spectator is watching us bowl England out on the first day of the Test at Lord’s. The whole team made everyone watching so proud, but Murts in particular was absolutely top class that day. Managing to get his name on the honours board at the Home of Cricket is a quite incredible achievement.

“Something that is also not often spoken about is the fact that he rarely got injured which is extremely unusual for a fast bowler. This shows the work he did off the field to stay fit and all those extra sessions in the gym that people on the outside wouldn’t have seen.

“He’s also a brilliant bloke with a wicked sense of humour and the dressing room will be a very different, and less entertaining, place without him. Without doubt he has been one of Ireland’s greatest cricketers. I’m proud to have played alongside him both for Middlesex and Ireland and I hope we see him helping our younger bowlers in the future in some way.”