Yorkshire have completed the signing of leg-spinner Josh Poysden from Warwickshire on a three-year deal.

The 27-year-old will spend the rest of the season on loan with the White Rose, before joining on a permanent contract thereafter. However, Poysden will continue to play T20 Blast matches for the Birmingham Bears this campaign.

Posyden has been signed as a potential replacement for Adil Rashid, who is still under a white-ball only contract after signing one in February. Talks are still ongoing with Yorkshire for Rashid to return to red-ball cricket after being recalled to the England Test squad for the current series against India.

“We are delighted that Josh has signed a three-year contract at Yorkshire and will join us on loan until the end of the season,” said Yorkshire director of cricket Martyn Moxon. “Following on from Josh’s previous loan move, we believe that his skillset will complement and strengthen our bowling attack in our remaining six championship fixtures.

“We are still in negotiations with Adil Rashid regarding 2019 and our complete spin bowling squad will be announced in due course.”

Poysden, who was inspired to take up leg-spin by Mushtaq Ahmed at Sussex after originally starting off as a wicket-keeper, has had a short first-class career so far, playing only 12 matches, taking 27 wickets at 31.92. His opportunities were limited at Warwickshire due to the consistent form of the evergreen Jeetan Patel. 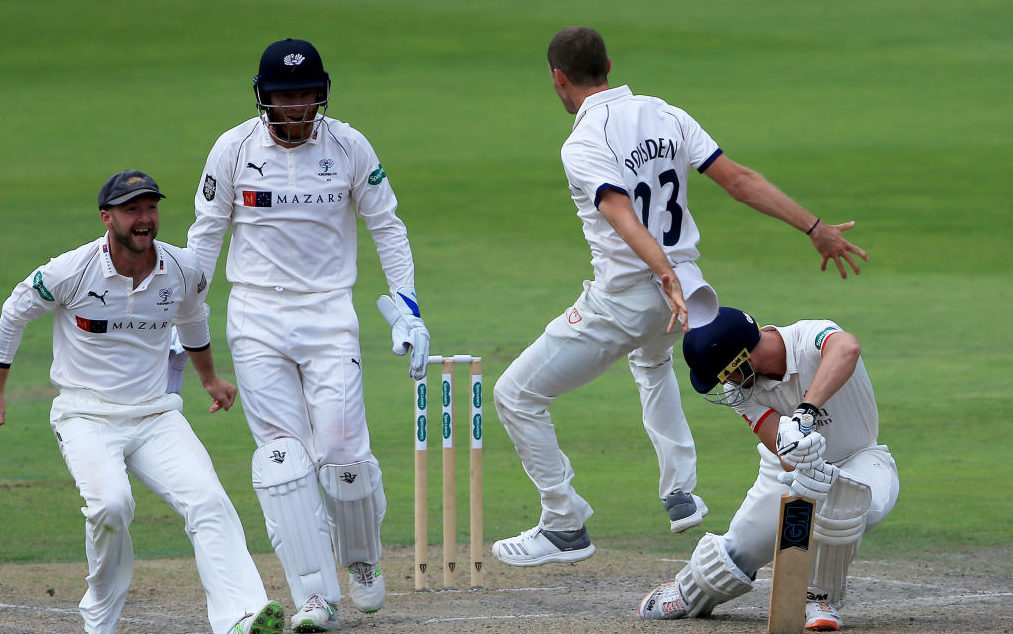 “It is massively exciting to be joining Yorkshire, a club with a massive history and lots of top-class players,” Poysden told the club website. “I’m looking forward to hopefully contributing to some big wins for the club over the next three years.”

The leg-spinner played for Yorkshire against Lancashire during a one-game loan for the White Rose last month, taking 1-37 from seven overs in the second innings after not bowling first time around.

“I really enjoyed the one-game loan, continued Poysden. “When I came in, the lads were nice and all really welcoming. It was brilliant playing with the international players like Joe Root, Jonny Bairstow and Kane Williamson. It was a great experience but most importantly, getting a win in the Roses game was a great way to start my Yorkshire career.”

Poysden will be eligible to play in Yorkshire’s County Championship match against Worcestershire at Scarborough on Sunday.