Monday’s County Championship fixtures have managed to throw up a couple of entertaining moments to distract from the dreadful weather which has seen much of the day’s cricket abandoned.

Play was only possible in five of the eight games, with fixtures at Hove, Lord’s and Northampton all abandoned without a ball being bowled.

Nottinghamshire, setting up an attempted victory push against Worcestershire, added to the entertainment thanks to some interesting running between the wickets from Stuart Broad and Luke Fletcher.

Thankfully the two were able to get up from their heavy collision without injury, particularly for Fletcher, who is returning this year following an awful head injury suffered while bowling for Notts last season.

Broad was soon forced to take evasive action a number of times as Fletcher thundered some lusty blows towards his non-striker.

Meanwhile, Peter Siddle was seen bowling in a beanie for Essex against Hampshire in Southampton.

Clearly not as used to the freezing April weather down on the south coast compared to his normal playing conditions at the MCG in Melbourne for Victoria, the former Australian quick opted for wearing a beanie while bowling at the Ageas bowl. 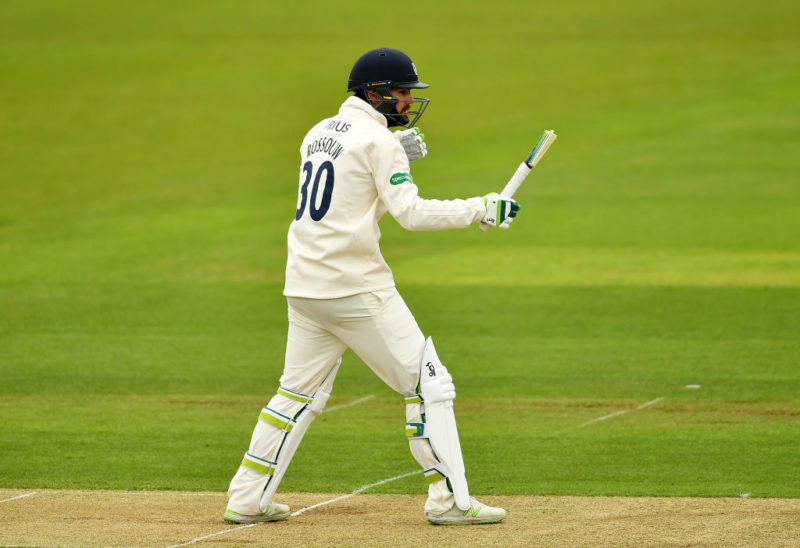 With beanie on, Siddle also provided some extra fun for the crowd as his delivery to South African Rilee Rossouw broke the Hampshire man’s bat, sending the willow flying in the air with the handle stuck in Rossouw’s hands.