Dean Elgar has expressed his desire to captain South Africa’s Test side on a full-time basis in the future.

Current Proteas captain Faf du Plessis, 34, has hinted at retirement from international cricket several times over the past couple of years, leading some to speculate that he might call time on his career after the 2019 World Cup

Speaking on The Final Word, Elgar said that he would relish the chance to captain his country. “It’s an honour to captain your Test side and if that opportunity comes around I’ll definitely grab it,” said the opener, who averages 39 with the bat in the longest format.

Elgar has twice filled in for du Plessis as captain. In 2017 he led the Proteas against England in the first Test at Lord’s, a game they lost by 211 runs. Then in January this year, he oversaw a 107-run victory over Pakistan at Johannesburg.

Of the captaincy, Elgar said: “It’s out of my hands. As a player you always try to contribute as best as you can, try to be as positive and motivated as you can.”

The 31-year-old was speaking after Surrey’s 37-run defeat to Middlesex at the Oval. He scored 43, having flown in only the day before. 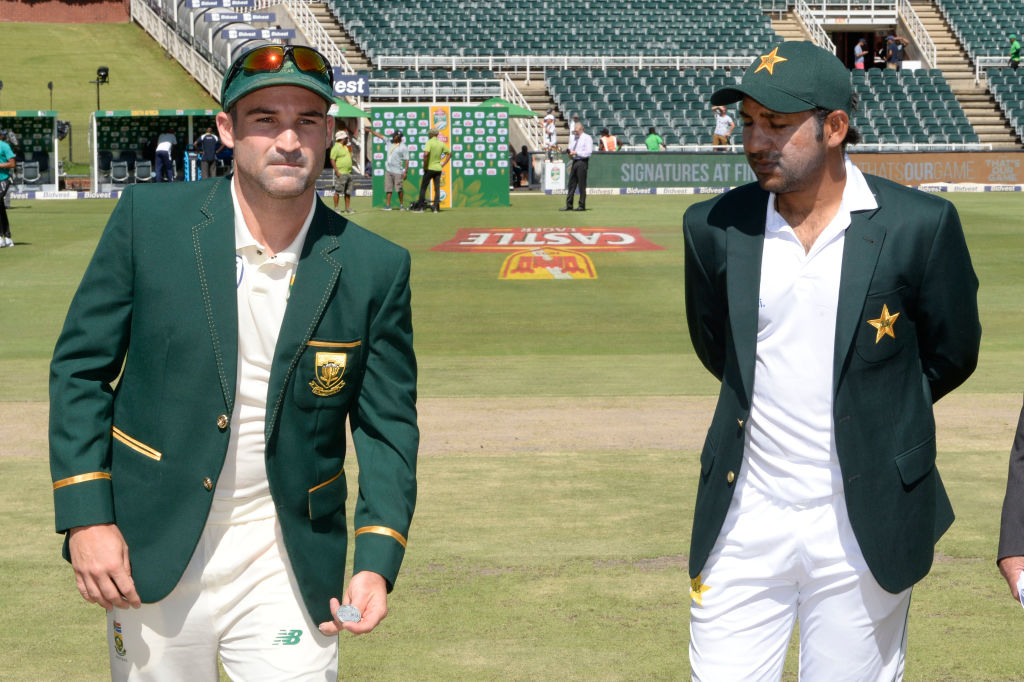 Elgar has stood in as South Africa’s captain twice, most recently in the third Test against Pakistan in January

He said: “My last game was on 31 March when I had a final back home and leading up to that I haven’t had a lot of practice. I was [initially] coming here to prepare for a game on Sunday against Glamorgan and I got a phone call as I was boarding the flight to come here and I was asked, “How do you feel about playing on Thursday?” and obviously I’m rather going to play than not play.”

Elgar turned out for the county side last year, scoring 387 runs as Surrey cantered to their first County Championship title since 2002.

The left-hander said he was happy that he was able to play county cricket while also competing for his country. “I’ve got the best of both worlds,” he said, “I’m still contracted with Cricket South Africa for another two years and after that we’ll take it from there.”

Elgar said that he hoped to be playing the English domestic game for a long time. “I know international cricket is not long-lived,” he said. “County cricket is most probably a place I’ll be looking to finish my career off. I’m not fortunate to be playing in the IPL where you can earn a lot of cash by hitting a white ball out of the ground. But saying that if I’m playing for Surrey or playing for any other county I’ll be very fortunate.”

Elgar was not included in South Africa’s preliminary World Cup squad – his last ODI appearance came in October 2018 – but he is likely to play a central part in the Proteas’ forthcoming Test schedule, including a four-match series against England starting in December.