Sonali Dhulap recalls Rangana Herath’s stunning five-for against New Zealand that helped Sri Lanka storm into the semi-final of the 2014 World T20 and established him as a big tournament player.

Having spent much of his early career in the shadows of Muttiah Muralitharan, it wasn’t until after the Sri Lankan legend’s retirement that Rangana Herath was able to truly break the shackles, as he became a worthy successor to the wizard. By the time he wound up, Herath had become the most successful left-arm spinner in Test history and earned the reputation of being a big-match player. 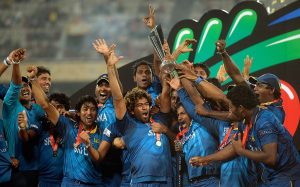 Perhaps the 2014 World T20 game against New Zealand provided an apt example of Herath’s ability to turn in clutch performances. Playing New Zealand in their final Super 10 game, Sri Lanka had been bowled out for 119. It was a bit of a dire situation, this being a virtual quarter-final, with the winner progressing to the semi-final and the loser packing their bags.

New Zealand, however, had only 10 players to chase the total down, with Corey Anderson having dislocated his finger while fielding. But when their openers made a steady start to take them to 18-0 in three overs, it had seemed as though Anderson’s absence may not be as telling on New Zealand. And then, Herath came on to bowl in the fourth over, and turned the match upside down, upsetting all calculations. 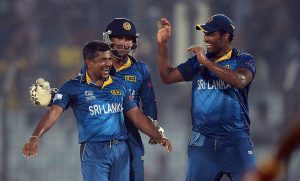 “Malinga just wanted me to do what I can do”

The damage began for New Zealand immediately after Herath came on, even if the bowler himself may not have been directly responsible for it. Off Herath’s first ball, Martin Guptill ran himself out, attempting a single his partner Kane Williamson was never interested in. Herath moved across rapidly towards mid-on and followed it up with a quick, sharp throw to the keeper Kumar Sangakkara. The lapse gave Herath a slight opening and he proceeded to kick the door down.

Five balls later, Brendon McCullum was outfoxed with a gem of a delivery. The wily spinner never allowed Ross Taylor to settle down, getting him to play for the turn with a flat and straight ball that struck the batsman plumb in the front. James Neesham was bowled through the gate, beaten by the turn, and while the hat-trick ball was played out, two balls later Herath let rip one that pitched on middle and turned away to strike the back pad of Luke Ronchi.

By the time Herath came in to bowl his final over, New Zealand had slipped to 59-7. Herath soon put them out of their misery. He was a part of another run-out, this one ending Williamson’s resistance, and then wrapped up the New Zealand innings, shortening the length to an advancing Trent Boult, who edged to Mahela Jayawardene at slip.

Herath had finished with two wickets more than the number of runs he gave away. At the time, they were the third best figures in T20Is, behind the pair of six-fors his team-mate Ajantha Mendis had snared. “Rangana was waiting for the chance,” Sri Lanka captain Lasith Malinga said. “He proved himself today for Sri Lanka.”

McCullum was one of the most dangerous T20 players of his time. But for the short while he lasted against Herath, the New Zealand captain was kept on his toes, twitching around the crease, trying to defend what was thrown at him. Having survived four balls in this manner, he nervously strode out to the fifth, Herath expertly manipulating the batsman with his flight. Desperately seeking a release, McCullum chose to attack and ended up being stumped as he was left clueless by the dip on the delivery, leaving Sangakkara to whip the bails off behind the stumps.

Wisden’s decade in review series is brought to you in association with Perry, designers of distinctive club blazers made in Yorkshire since 1946. Vote in the decade in review readers’ survey