The final podcast in the Wisden Cricket Weekly podcast’s Decade in Review series, picking Wisden’s men’s Test team of the decade, is available to listen to now.

However, even having selected the team, there was still one decision left to make: who should captain Wisden’s men’s Test team of the decade. The XI they settled on featured five players who have skippered their country’s Test sides this decade, but even having discounted three of them fairly quickly, the debate raged over who should win out between Kumar Sangakkara and Virat Kohli.

Lawrence Booth: I’m going Sanga, best brain in the team, and he’d rise above the various egos, and let’s face it, there are one or two in this side.

Phil Walker: I had Kohli, John?

John Stern: I had Kohli. I get the tactical thing, and to an extent it was by default, I wasn’t going to give Smith the captaincy. He’s a great leader by example, a great inspiration, but I like the idea of Sangakkara.

Jo Harman: I had Kohli, but I didn’t have Sangakkara in my team, and now we’ve got Sangakkara in the team, I prefer that as a shout as captain than Kohli. I quite like the idea of telling Kohli he’s not captain as well.

JS: He can do fine leg to fine leg.

PW: How many Tests did Sangakkara captain?

LB: I don’t know. I didn’t look it up and in a way I didn’t want to look it up because I was prepared to say that I think he’d be the best captain.

Yas Rana: Just throwing it out there, how good was Sangakkara as a captain? I get that as a leader and as a spokesperson he’s excellent, inspiring, all that, but as an actual captain, tactically, I’m not saying he wasn’t… 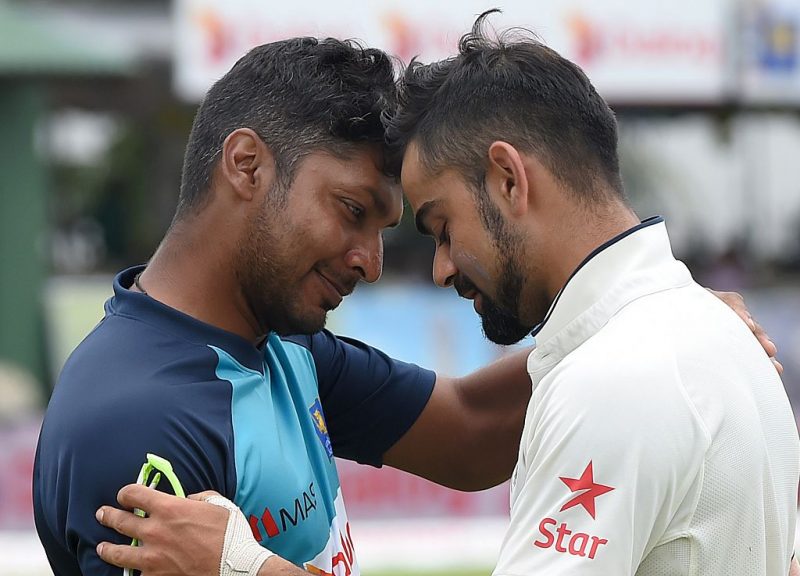 PW: He was always seen as Mahela’s right-hand man, certainly for the second half of his career. The fact that Kohli has taken the India to No.1, finishes the decade as the No.1 ranked batsman in Test cricket and ODI cricket, and India far and away the No.1 ranked side in the world, having conquered Australia, for me it has to be Kohli.

JH: This might be more to do with the politics of Sri Lankan cricket more than anything else, but Sangakkara didn’t seem to relish the captaincy, it sort of got passed around quite a bit, whereas Kohli lives and breathes the captaincy.

PW: Kohli skippers our side!

So there you have it, Virat Kohli captains Wisden’s men’s Test team of the decade! For the rest of the XI, you’ll have to wait if you want to read it, or listen to the podcast below: