Graeme Swann – irrepressible off-spinner turned BT Sport pundit – on the matches that made him. 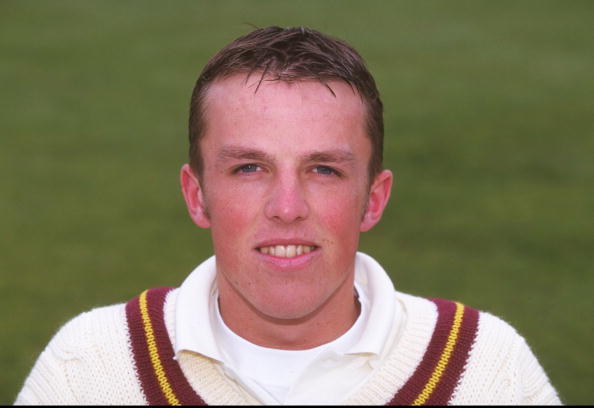 Swann is his early Northamptonshire days

I was doing my A-level revision, English, Psychology and History, and my brother, who was playing for Northants 2s against Leicester, rang me up saying, “Nick Cook wants you to come up and play here”. It was day one of my revision and my mum had forced me to stay on for A-levels but I was completely convinced that cricket was a viable career option. I bowled about 24 overs and it was the first time I was in a proper cricket game. I’d played primarily as a batsman for the previous three years but I was in this game as a bowler and my finger was ripped to shreds. But I was landing it perfectly, bowling with a proper first-class cricket ball, and I was getting professional cricketers out. With men around the bat, the whole works. It was proper bowling for the first time in my life. I remember driving back with my brother and we were laughing about how much trouble I was going to be in when I got home. And he was saying, “Well, come on, Mum’ll understand”. When I walked in she was furious! My dad just sat there trying to hide the grin on his face. 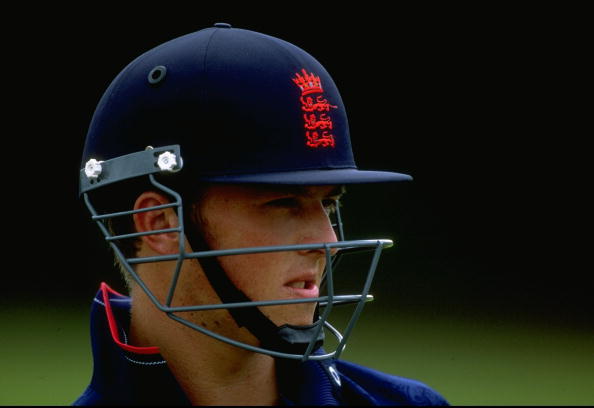 In the year after I turned professional I was playing for England under 19s against Pakistan, and there were two games in that series where I bowled really well. I got nine wickets in the game at Worcester, bowled like a dream. They had some good players – Hasan Raza, who made his Test debut at 14, and Shoaib Malik was in there. That was the first four-day cricket I’d played where I was one of the main players. Before that I’d play for Northants, bat at No.7 and bowl a few overs. The classic English spinner. I remember thinking, “Yeah, this is definitely for me”. 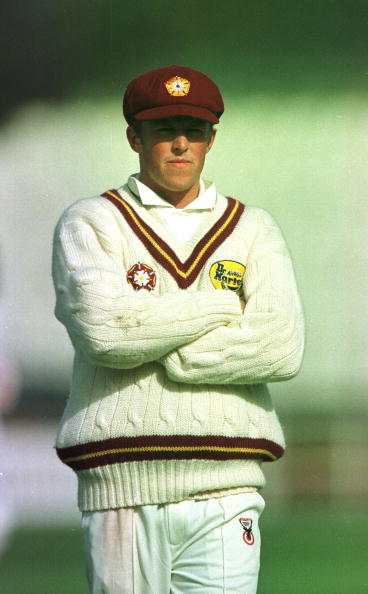 Swann made an excellent start to his career with Northants

It was the first time I went for fewer runs than I bowled overs. It was only my second game – the first game I’d gone for plenty, Ali Brown destroying me at the Oval. After five overs I’d been 1-13… I ended up bowling 13 overs for something like 1-98. But in my second game I kept bowling slower and slower. In fact it was quite nice because Embers [John Emburey] was our first team coach. And because he was England’s off-spinner he was my hero growing up. He put his arm around me afterwards and went, “Mate, I’m so impressed with how you bowled there, you didn’t revert to bowling darts, you didn’t stick all your fielders out, you kept taking the pace off. You’ll go a long way in this game, son. Just do me a favour while I’m first team coach, don’t go as f***ing far as that again, will you? 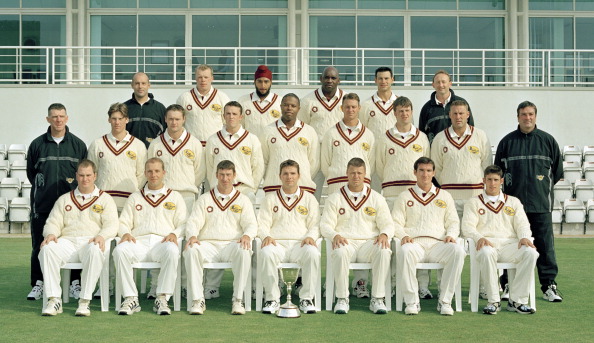 Swann came through the same Northants set-up as Monty Panesar

In those early years, I was still learning how to bowl. I always turned it a long way and was always aggressive. Against Leicestershire I got 11 in the game and bowled really well. We won the match and it was a spinning wicket but Leicestershire was a big game for Northampton – they were our local rivals and Leicester were a bloody good team at the time. 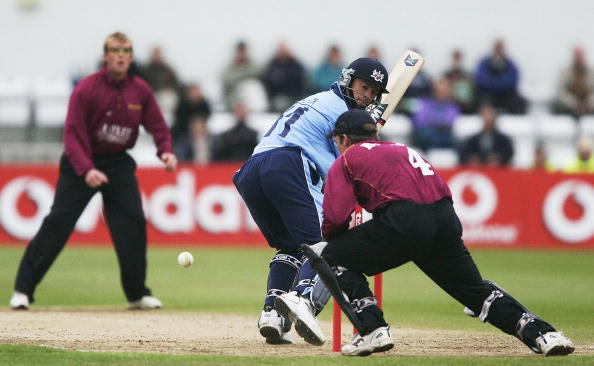 Swann made his ODI debut eight years before his Test bow

I was having an unbelievable season for Nottinghamshire in one-day cricket. I was doing quite well in the Championship but more in one-day cricket. And there was one game in particular, it was a televised game. My girlfriend, now my wife, turned up, first time she’s ever been to the cricket and I had to introduce her to a couple of WAGs beforehand. I got 50 or 60 opening the batting, smashing it everywhere. And then when we bowled I got 5-17, bowled like a dream. Absolute hero. After the game, said to my missus “What do you reckon?” and she turned round and went, “I didn’t know which one you were”. 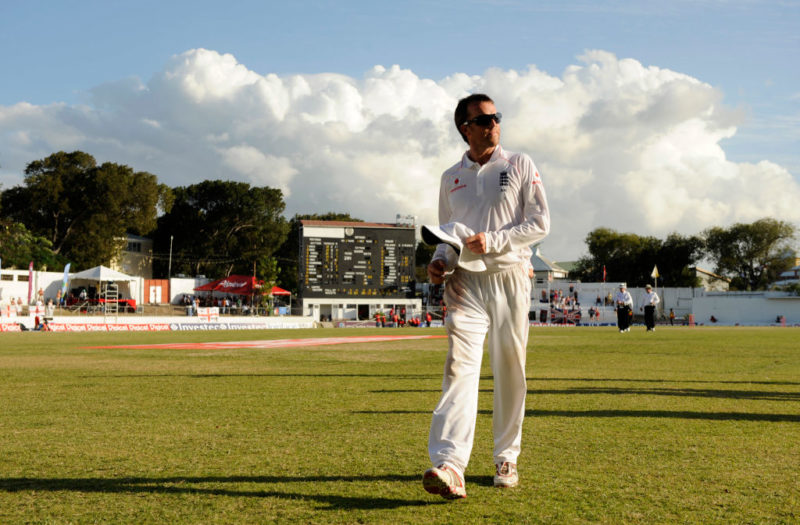 I wasn’t even playing in the Test match when the team was first picked. I was still a little on the edge of things with England. And then the game got abandoned after six balls! In the interim we went to the St John’s ground that day for a net and I bowled at Straussy, got him out five times, and after that I could see him talking to Andy Flower. On the back of that I knew I was playing. I got eight in the game. I bowled well, got a five-fer, and then my elbow was f***ed in the second innings, it was the first time my elbow had properly gone. There’s a photo of me appealing for a wicket and my left arm is straight up and my right arm is about 30 degrees up and that’s as far as I could get it. 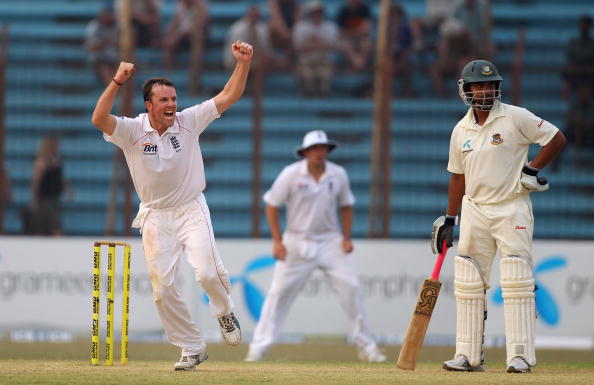 This tour came just after the South Africa tour, where I’d bowled like a dream, especially in Durban, where I got nine wickets. And I remember [South Africa spinner] Paul Harris saying “Oh, Bangladesh, you’ll get 20 wickets in two games, don’t worry about it. You’ll get wickets with your eyes closed if you bowl like that.” I got 19 in two games. 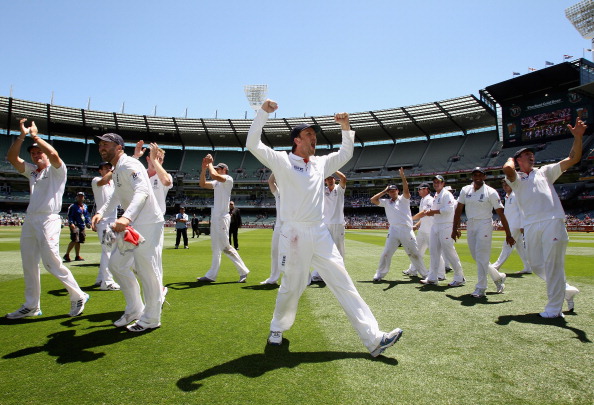 The second innings at Melbourne was the best I ever bowled for England, and the ball to Michael Clarke was the best ball that ever came out of my hand. It didn’t spin, the wicket wouldn’t spin, but it was drifting unbelievably. I’d already bowled about eight overs at him and he’s their best player of spin by miles. And he’d played and missed, played and missed. I remember Straussy coming up to me and saying, “I quite fancy you going round the wicket and having two slips in”. I went, “I’ll go round the wicket, but two slips? I never get anyone caught at f***ing second slip”. And he just went, “Ah, but Graeme, how often do you post second slip?” Third ball, round the wicket, nicked it straight to Andrew Strauss at second slip. The other one was to win the Test match. It was Peter Siddle, caught at long-on by Kev in front of the Barmy Army. Cue ‘The Sprinkler’…