Fast bowler Duanne Olivier, who quit South Africa to sign a Kolpak deal with Yorkshire, said that his decision was based solely on the number of opportunities that the UK offers.

In February this year, Olivier signed a three-year contract at Headingley, and has since collected 11 scalps in two County Championship games for Yorkshire. He represented South Africa in 10 Tests and picked up 48 wickets at an average of 19.25. Olivier’s best performance came against Pakistan at home, where he ended up as the Player of the Series for his 24 wickets across three Tests – that also included three five-fors. 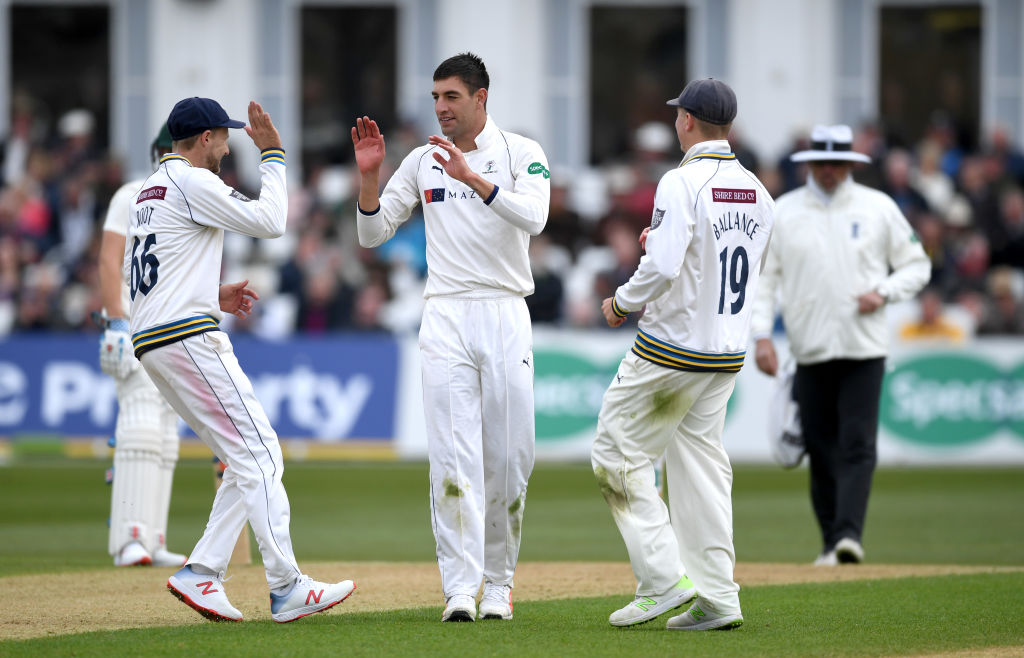 Olivier has 11 scalps in two County Championship games for Yorkshire

“I have done pretty well for South Africa, and I will always be honoured have represented them. It is something I will cherish for many years to come”, he told Sky Sports. “There were some people who were understanding and a lot of people who did not understand – people thought I was doing it for money or I used South Africa as a stepping stone.

“It’s not like that at all – if I had used it as a stepping stone, I would have done it after making my Test debut against Sri Lanka in 2017.”

Olivier reiterated that he did not make the move for money and believed that there will be more chances to grow at Yorkshire.

"I have done pretty well for South Africa and I will always be honoured have represented them. It is something I will cherish for many years to come."

“It’s not for the money – it’s about where I wanted to go and what I wanted to achieve in my life. Relocating here is probably best for me and my wife, and our future going forward. Cricketing-wise, I feel there are a lot more opportunities over here. I feel like I can improve my cricket.

“I understand people will be upset back home, but some people don’t understand all the factors that influenced me. I hope people just respect my decision.”

While the 26-year-old harbours dreams of playing for England some day, he admitted that his only focus right now is in doing well for Yorkshire, who last won the Championship in 2016.

“The only question I have been asked since I came here is ‘why, why, why?’ I just want to move on – my focus is playing cricket and doing well for Yorkshire.

“I am not looking too far ahead. If an opportunity like England arises, everything will happen the way it should happen.”