John Stern spoke to the new England men’s head coach Chris Silverwood about his African adventures, his coaching philosophy and daring to dream in issue two of Wisden Cricket Monthly back in December 2017.

“I like dreaming,” says England’s new fast-bowling coach. Chris Silverwood was 17 when he went to the 1992 New Year’s Test at Newlands in Cape Town. He was gripped, watching his idol Allan Donald charge in against India. “I said to the guy next to me, ‘I’m going to play here one day and bowl faster than him’. He just looked at me and said: ‘Nah, never.’” Eight years later this burly Yorkshire paceman was back, playing the fourth of his six Tests on the first tour for England’s new captain-coach combo of Nasser Hussain and Duncan Fletcher.

“There I was in the Millennium Test, got a five-for and bowled faster than Donald. I remember looking across to where I’d been standing when I said that, in the Oaks, and thinking, ‘Jeez, I’ve done it’. My line to any kid is dream and dream big. You have to have the courage to chase it but the only person that’s going to stop you is yourself.” As head coach of Essex these past two seasons, Silverwood, 42, has helped make plenty of dreams come true. A long-awaited promotion to Division One of the County Championship in 2016 was followed by an improbable title this summer, the county’s first since 1992.

One is left with the clear impression of a hugely likeable, down-to-earth character with measured but unmistakeable ambition.

Having accepted his new role with England in October, he hands over seamlessly to his assistant and long-time Yorkshire teammate Anthony McGrath, with the club unrecognisable from the one beset by controversy and under-achievement when he took the job. “I’m leaving behind something very good at Essex, and some very good people,” says Silverwood. “I feel really honoured to have been a small part of that. To see so many people come together – and the club has pulled together in all departments – has been really special.

But the calling from England was too strong. I grew up wanting to play for England and I had the same dreams when I started coaching.” After an hour in Silverwood’s company in a cosy Suffolk pub that was once owned by Don Bradman’s family, one is left with the clear impression of a hugely likeable, down-to-earth character with measured but unmistakeable ambition. The fast bowler’s stare is part of the game’s mythology, the fast-bowling coach’s stare not so much, but Silverwood maintains eye contact unerringly – in a friendly rather than intimidating way – throughout our chat. 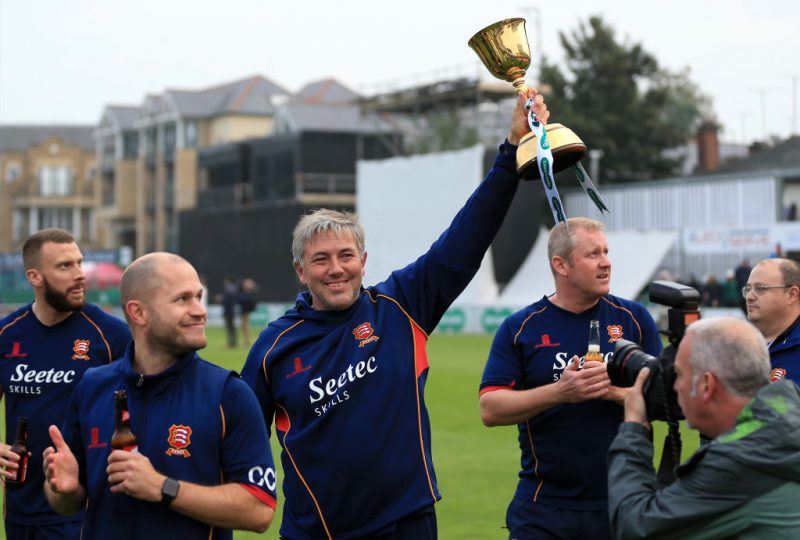 Chris Silverwood coached Essex to the County Championship title in 2017

“An absolutely top man,” says James Foster, the veteran Essex keeper whose replacement as captain by Ryan ten Doeschate was one of the key early decisions taken by Silverwood and cricket chairman Ronnie Irani after the 2015 season. Foster adds: “He’s a fierce competitor and an honest, fair guy. He is also so calm, which is a great asset, particularly in tight situations.” Irani, who was an England teammate of Silverwood’s in the mid-90s, describes him as “straight, honest and hard-working”. He adds: “He has excelled in every single department. He’s done more than he said [he would] which is incredible.” Irani is not remotely surprised that England wanted him and reckons Silverwood could do the fast-bowling job “in his sleep”.

He sees him as a future England head coach. Silverwood has long been on the national team’s radar, working at various points with the under 19s, the Lions and also with the senior squad during September’s one-day series against West Indies as the ECB searched for a full-time replacement for Ottis Gibson, who left in the summer to become head coach of South Africa. His first assignment is the one-day series in Australia in the new year. “Africa’s been pretty good to me,” says Silverwood, reflecting on various career milestones achieved in Zimbabwe and South Africa. 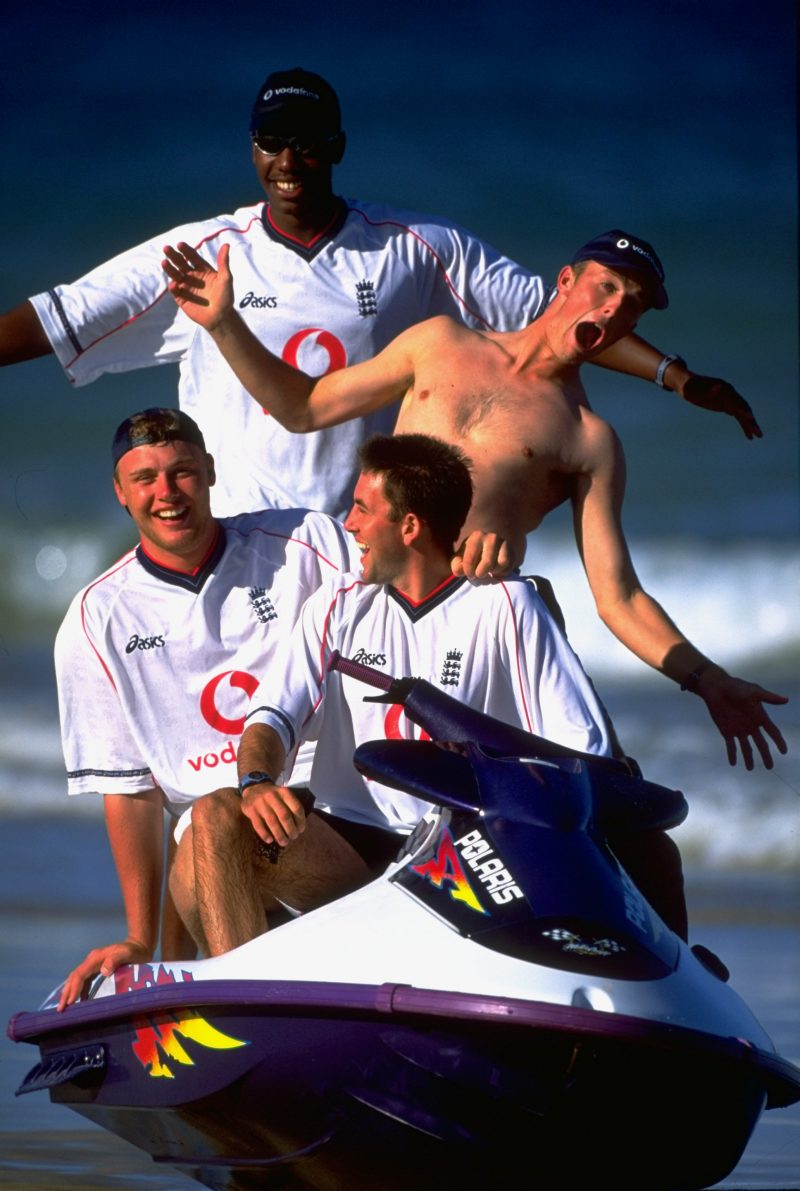 His sister lived in Botswana, too, which afforded an opportunity to travel and to grow to love a beguiling, troubled region. He made his Test debut in 1996 at Queens Sports Club in Bulawayo, the ground where 13 years later he would play his last first-class match and where his coaching career took off. After four late-career seasons with Middlesex – the first of which in 2006, when he took 63 first-class wickets, was curiously his most productive of all – he sensed the curtain coming down.

He was playing a second XI match in Bristol in August 2009 when an opportunity arose. “I was in the dining room when Anthony Ireland [the ex-Gloucestershire and Zimbabwe seamer] came in to say he’d just had a text from Heath Streak. They were restarting the league in Zimbabwe and he wondered if Anthony knew anyone who’d be interested in coming out as a player or coach. He just showed me the message and asked if I fancied it. I had nothing else planned and it was a bit of a lifeline.” The arrangement was to be a player-coach for Mashonaland Eagles but when Silverwood received the contract, it was to be head coach. “I phoned Alistair Campbell [then-chairman of Zimbabwe Cricket] and said, ‘You do realise I’ve never done this before?’. He said, ‘You’ll be fine, just make it up as you go along’.” 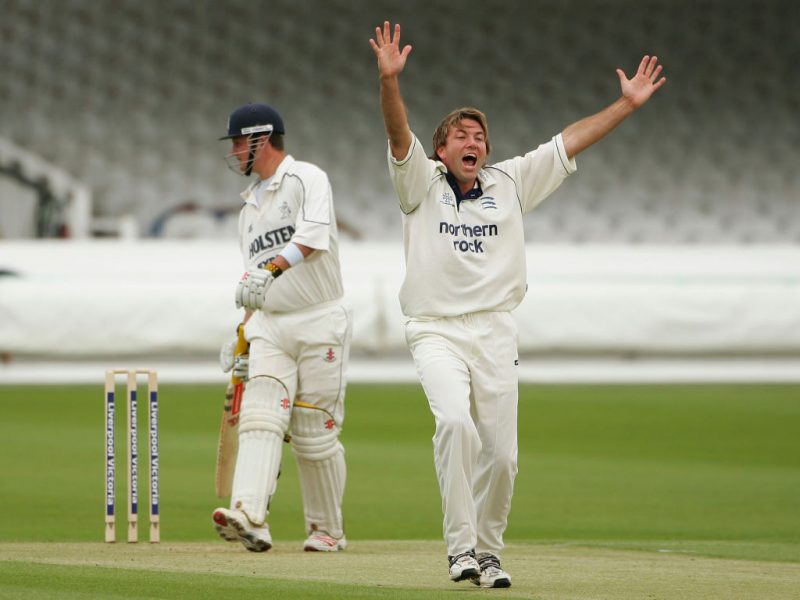 Silverwood played two games for Mashonaland before realising “my body was done” and turned to full-time coaching. As well as allowing him to cut his coaching teeth, his time in Zimbabwe provided a degree of perspective about life’s priorities that continues to inform his outlook. Learning to live without electricity for days at a time, for example, helped build pragmatism and level-headedness. “They’re very resilient people and their mantra of ‘find a way’ rubbed off on me a bit. I have great respect for that.” He joined Essex as bowling coach in 2010.

Silverwood says he “always had a burning desire to bowl fast”, though it was only once he became stronger and started going to the gym that he progressed from being just a “nippy” outswing bowler. He recalls a comment from Richie Richardson, the West Indies great who was Yorkshire’s overseas player in the early ’90s, to Darren Gough: “You can either bowl medium pace and be a county cricketer, or you can bowl fast and you’ll probably be an international cricketer.” It was advice that also made an impact on Silverwood and he is still clearly fascinated and excited by the thrill of the game’s most mercurial skill.

“I asked Courtney Walsh what he would encourage first and he said pace. See how fast you can bowl because you can teach line and length after that. There’s some logic in that.”

The England bowlers’ lack of pace was one of the many sore points of the early part of the Ashes. Silverwood reveals that during his playing career he was advised to sacrifice pace for accuracy. He adds: “I asked Courtney Walsh what he would encourage first and he said pace. See how fast you can bowl because you can teach line and length after that. There’s some logic in that.” While Silverwood’s remit in his new role covers only the senior England men’s side, not all the levels below that, he insists: “The raw material is out there.” He cites Somerset’s Jamie Overton, the twin brother of Craig who made his Test debut at Adelaide, as one example.

But he adds the caveat that “you don’t have to bowl 90 miles an hour to succeed”. Indeed, one of his great success stories at Essex, Jamie Porter, is not a 90mph bowler. “Watching him grow as a bloke and as a player has been fabulous,” says Silverwood with paternalistic pride of the right-arm seamer who finished as the leading wicket-taker in the County Championship last season. “My biggest kick now is helping somebody and then seeing them go out there and achieve. A few years ago he was working in recruitment and now he’s with the Lions.” So, what was the key? “More than anything I just tried to give him confidence. 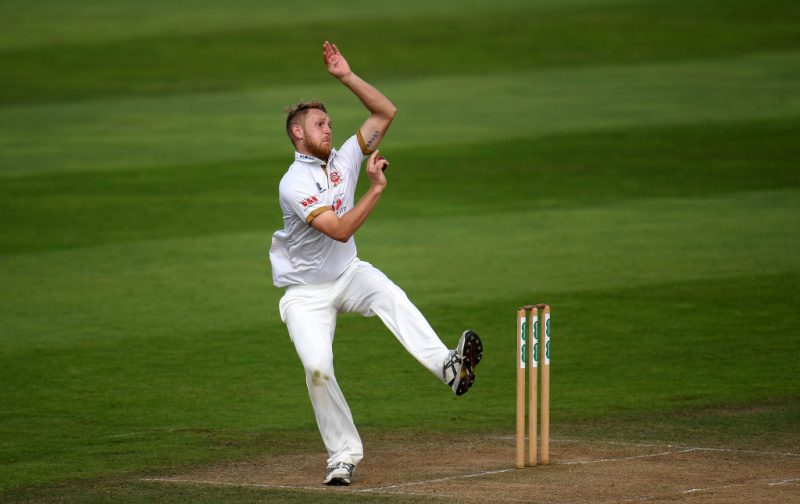 He needed to know that we believed in him and that he has a voice. One thing I pushed hard in the dressing room was that the only daft question is the one you don’t ask. Players should never fear getting it wrong. You have to put yourself out there and we have to create the environment where people feel comfortable doing that.” The bowling coach’s job is multi-faceted: psychologist, mentor, strategist, biomechanics expert. “You have to be proficient in all areas,” he says. James Anderson, say, has entirely different requirements or expectations of a bowling coach than a young quick who might be in the process of rebuilding his action after injury.

Chris Silverwood says he draws on his own playing experiences but “you’ve got to be careful not to make your experiences theirs because they might not see the world as you see it. I always start by asking questions”. One question he has asked of himself – which would have been pertinent for England’s seamers in the Ashes – is whether he bowled too short early in his career. “When my pace started dropping in my 30s I pitched it up more and I got a lot more wickets. When you’re running in trying to bowl as fast as you can, you might just be a fraction short. Get it a bit fuller and it’s the difference between a nick and a play-and-miss. How many more wickets could I have had?” He will never know and it doesn’t sound like he lies awake at night fretting about it. He’s dreaming other bowlers’ dreams now.