Alec Stewart recalls looking on helplessly as the two W’s, Wasim Akram and Waqar Younis, unleashed hell at the other end during the Lord’s Test in 1992-93. Intro by Roshan Gede.

During the the last decade of the 20th century, Wasim Akram and Waqar Younis formed one of the fiercest fast-bowling pairings cricket has ever known. Particularly lethal with the old ball, they remain two of the only three Pakistan bowlers, alongside their first captain Imran Khan, to have taken more than 350 wickets in Tests. In 61 Tests played together, they bagged between them a staggering 559 wickets at 22.10.

The deadly duo first showcased their combined brilliance in the 1990 Karachi Test against New Zealand, when they accounted for 15 of the 20 Black Caps wickets to set up an innings win. That marked the beginning of a glorious run, which saw them pick 10 wickets or more in 18 of the 24 Tests they played together till 1994.

On the receiving end in one of those were Alec Stewart’s England during the second Test of five at home in the summer of 1992, when the duo wrecked havoc with swing, both conventional and reverse, sharing 13 wickets between them to set up a thrilling two-wicket win for Pakistan. Fittingly, the two W’s sealed victory themselves with an unbeaten 46-run stand. 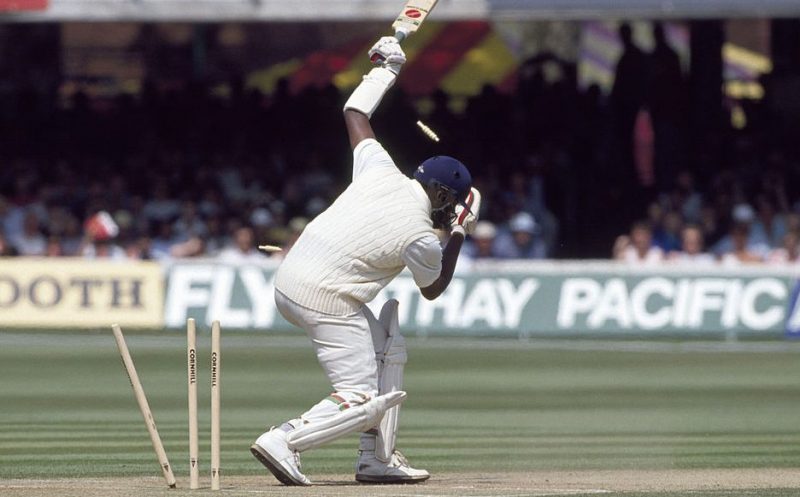 Stewie could only look on in horror, carrying his bat for 69* in the second innings as England were skittled for 175. The former England captain picks up the tale:

“To be fair, I was probably at a slight advantage opening the batting against them. They were hard to face with the new ball, but at least it was just conventional swing, and you could get yourself in by the time the ball started to reverse. I probably had 25 or 30 on the board by the time it started to go, whereas everyone else came in with the ball already reversing, which was really tough. Standing at the other end and seeing it happen, I really had sympathies for my teammates. Somehow I had to try and find a way of dealing with it, and I enjoyed the challenge.

“I was lucky because I actually kept wicket to Waqar in county cricket, as well as playing against Was quite a bit at that level. They would try and hide the ball in their run ups, but I knew that when they got to the crease, if I was looking closely, I could see the lighter side or the darker side and tell which way it might go. But then I still had to figure out a way to play it!

“They were the two most devastating bowlers I played against, because they were both capable of bowling balls that could get you out whether you were on nought or on 200. Before or since, there haven’t been two better bowlers of reverse swing. At 90-odd mph they were as quick as there’s been, but they also had the control and knowledge to make it duck in at will. At their pace, and their skill level, it was near-on impossible to face them.”