India’s search for a steady Test opening pair has been a long-drawn one. They have again turned to Rohit Sharma for the home series against South Africa. However, the country’s domestic circuit is throwing up a number of untested yet strong options to pick from, including 24-year-old Abhimanyu Easwaran, finds Aadya Sharma.

Abhimanyu Easwaran isn’t your typical modern-day cricketer. He isn’t a known commodity outside India. He doesn’t play the IPL, doesn’t evoke comparisons to past superstars, and doesn’t have 10-second reels of flashy strokes to go viral on Twitter.

What he is, is he’s cut from older cloth, banking on virtues such as hard work and perseverance, and considering the batting manual as his holy grail.

He is also one of the strongest contenders to break into the India mix, for the sheer weight of runs he has assembled in first-class cricket. 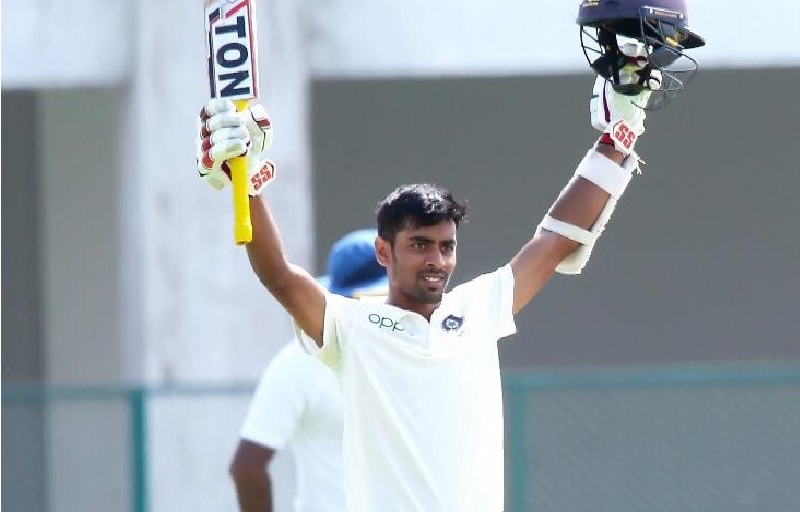 Highly rated in domestic circles, Easwaran has a penchant for grinding out big scores and staying put for long vigils. Last season, he averaged 95.66 in the Ranji Trophy, scoring a double century and two hundreds in eight games. The season before that, he gathered three centuries as well. Against Sri Lanka A in May, he slammed 233 in a first-class game, sending international bowlers such as Lahiru Kumara, Vishwa Fernando and Akila Dananjaya on a leather hunt.

Easwaran could be what India need, a rock-solid opener to keep the top order together, not shying away from the prospect of spending long hours at the crease. For, that particular virtue has been grossly lacking for India.

Related Story: ‘Would have closed my eyes batting against you’ – Pietersen trolls Chahal

Since the start of 2016, nine batsmen have been tried out for India’s opening slots. Three and a half years later, none of them seems to have assured themselves of a permanent spot. In the last two years, India’s Test openers have had just two century-plus stands in 36 innings. Fourteen of them have been partnerships of under 10. There have been only two instances when the opening pair has managed to survive more than 20 overs. And, only thrice in the last 72 innings has an Indian opener faced more than 200 deliveries.

KL Rahul, with 29 games, has had the most chances at the top, but once he laboured his way to a 63-ball 6 in India’s latest Test, against West Indies, the selectors appear to have run out of patience with him. His muddled approach, and his inability to switch between attack and defence, has forced them to go instead with Rohit Sharma for the South Africa series. 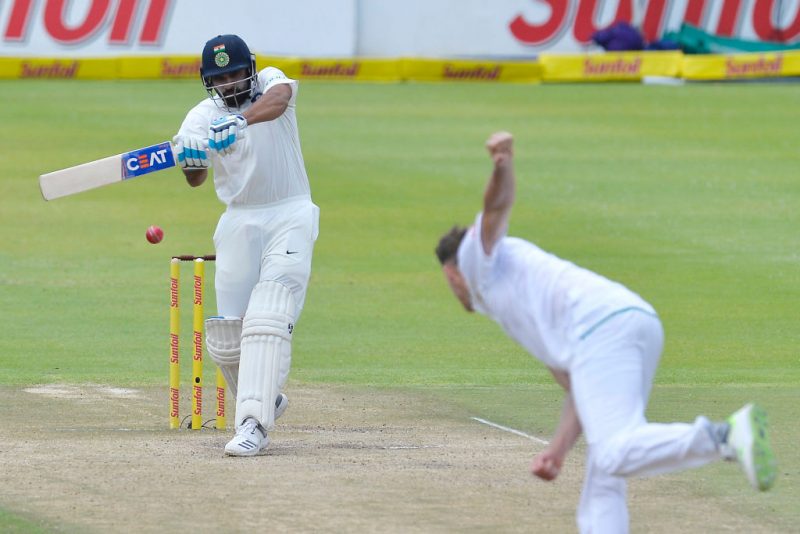 However, Rohit too represents a high-risk call. Despite being one of the all-time opening greats in ODI cricket, he has never taken on the role in Test cricket. It remains to be seen whether he can adapt, especially because his 27-Test long career has, thus far, been a promise unfulfilled.

Here is where Easwaran could come in.

Opening in Tests isn’t as instinctive as in T20s; self-control forms a major aspect of an opener’s job description, as does finding the balance between run-collecting and abstinence. The unwavering collectedness of Easwaran’s batting separates him from his peers.

“Last year, I started my season with a couple of 70s and 80s and a couple of 50s, but I wasn’t getting the big scores. Maybe I was trying too much after 60”

While Rahul was scratching away in Jamaica, Easwaran was bolstering his credentials in Bengaluru, turning out for India Red in the final of the Duleep Trophy, a three-team red-ball tournament to mark the start of the new season. As opener, he compiled an error-free 153, never once looking flustered. He faced 300 deliveries, where none of the others could cross even 150. His batting was uncomplicated, despite the lack of support from his batting partners.

Easwaran isn’t a strokeless wonder. He has, to his credit, a T20 century, and strikes the ball at 132 in the shortest format. Yet, he sticks to the bare basics when playing red-ball cricket. Patience is a trait embedded in him through his preparation right from his early days. 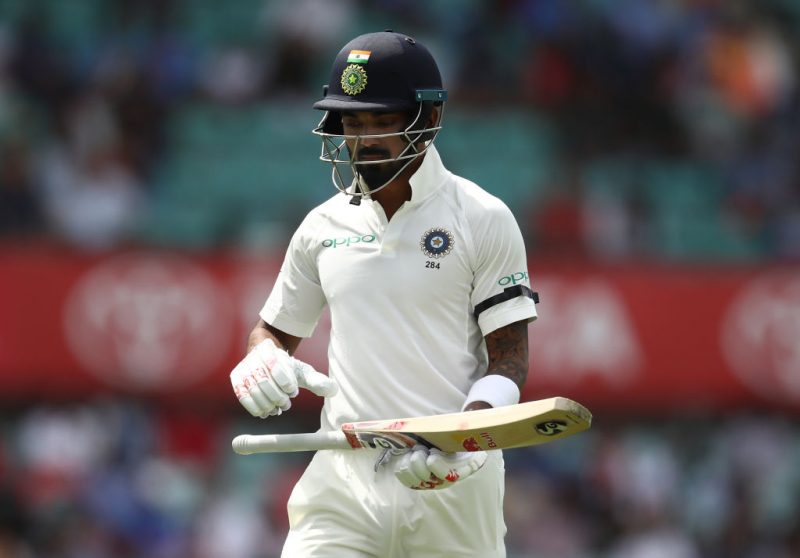 A great judge of leaving the ball, he seems to invariably know where his off stump is. He brings a nice stride out while defending, killing all the pace of the ball, but can bring out flourishing drives too, all with the front foot plonked right out. Against spinners, he uses the depth of the crease well, judging the trajectory quickly and adjusting, preferring late cuts and glances on a turning surface.

Easwaran’s ascent has been methodical, rather than meteoric. His father set up a cricket academy in Dehradun, North India in 1988, seven years before Abhimanyu was born. Ingrained with the basics of the game, he left his home at the age of 11, and moved to Bengal, where he has been living away from his family since. Today, he is the captain of the Bengal state team.

Soft-spoken and level-headed, Easwaran has been helped along by India’s golden triumvirate of Rahul Dravid, Sourav Ganguly and VVS Laxman. “They have played a lot of cricket at the highest level, so to learn from what they have experienced, on different wickets and different countries [has helped],” Easwaran told reporters during the Duleep final. “Those are the experiences we try and share before Ranji Trophy or any game. We try and focus on my game plan. It is more of a mental thing.”

Despite all the runs, Easwaran felt he was troubled by the inability to convert big scores into daddy hundreds. That’s when he sought help from his coach Apurva Desai, as well as Rahul Dravid. 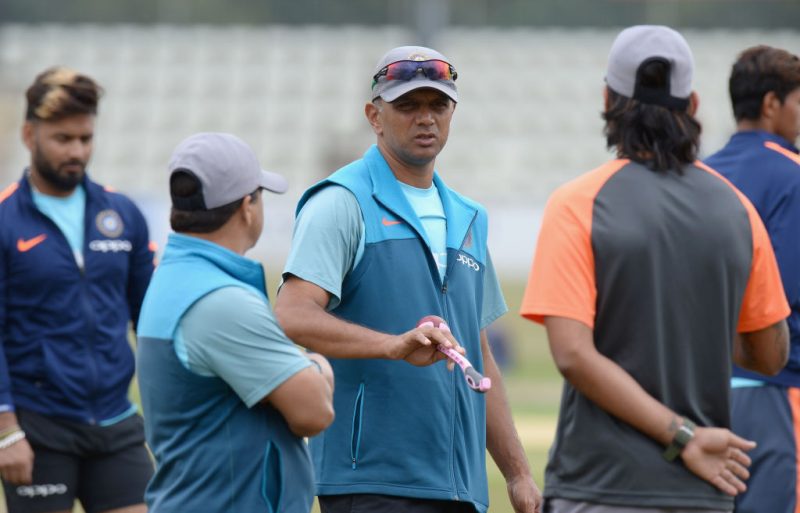 Dravid has been instrumental in helping several Indian youngsters, one of them being Easwaran

“Last year, I started my season with a couple of 70s and 80s and a couple of 50s, but I wasn’t getting the big scores. Rahul sir, and Apoorva Desai, my coach, decided to focus on what I need to do right now in the game. As in, if I’m batting at 20, it doesn’t matter what my score is, what matters is what I need to do for my team now. Focus on that and obviously convert it.

When speaking to the likes of Dravid, Easwaran’s questions are about the mental side of the game, rather than discussing technical changes. “Technically, there are a few things which keep changing with time, but it is more of the mental aspect that we try and focus on. I keep asking them as to how they used to prepare for different wickets,” he said.

Having played primarily on India’s slow, low wickets, Easwaran’s challenges will increase manifold if he makes the jump to international cricket. The pace on deliveries will get a major bump, which would require immediate technical adjustment. Easwaran is already preparing for the eventuality with coach Desai.

“We try and reduce the pitch length and make the bowlers bowl. Also, playing the ‘A’ series has helped me a lot because a lot of bowlers there have played international cricket and they bowl pretty fast. If you play them you are habituated that way.”

With big numbers in his kitty, and temperament his biggest virtue, Easwaran has built a strong case for himself for India’s Test opening slot. When asked if it’s a good time to be an opener in India, he replied with a quick ‘yes’. Perhaps, now is a good time.