Day two from Adelaide saw Australia’s selection gambles come off, along with England’s wheels. Only an extraordinarily gutsy showing with the bat can save them now, writes Will Macpherson.

Life comes at English cricketers fast in Australia. We knew that before the second day of the second Test in Adelaide but here were three sessions to ram the point home so hard it drilled a hole in each of their heads. This Ashes series is seven days old, but is perilously close to slipping away without trace. 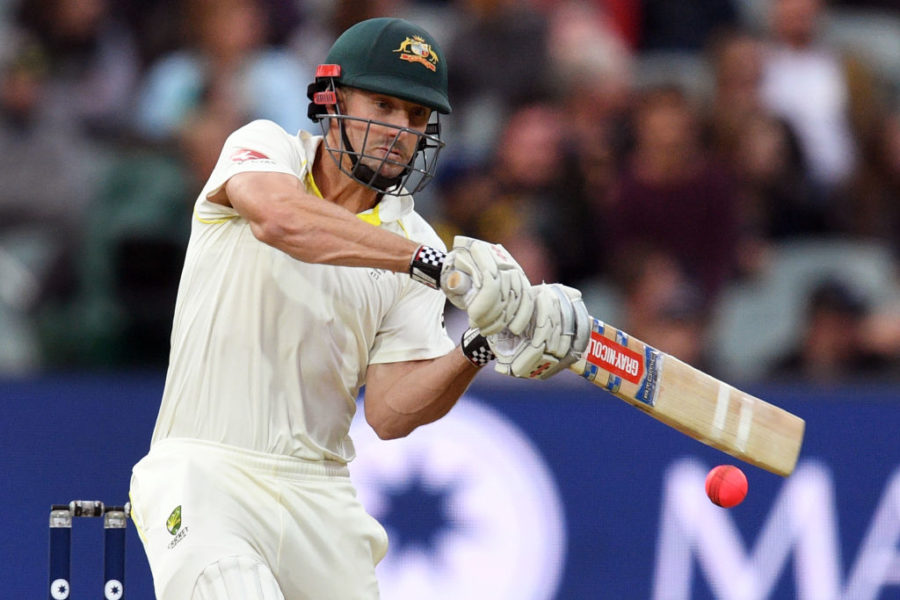 It’s not often that you have a truly howling, stinking day’s cricket when you take a wicket in the first over of each of the sessions of play. But England did indeed have a pretty stinking day when taking a wicket in the first over of each session, because they only managed one wicket all day in an over that wasn’t a session opener. Single wickets are nice, but they don’t win many matches. One needs to bring two, and for England one stayed at one; across Australia’s whole innings, only the wickets of Tim Paine (the sixth) and Mitchell Starc (the seventh), either side of tea on the second day, fell within 10 overs of each other.

Shaun Marsh was the reason one never became two. He kept his cool when Stuart Broad went off on one having dismissed Peter Handscomb with the day’s second ball. Marsh let Paine whirl away for a very fine 59, and scored just 29 in 27 overs in the day’s first session. Paine, who was battling a sore finger (not for the first time) fell into England’s leg-trap, pulling Craig Overton – who was flogged having bowled nicely when hammering away at line and length – to deep square but, again, Marsh kept his head. He is looking like a mighty fine selection. Australia wanted steadiness and experience in their middle order, and they certainly appear to have found it.

It was Pat Cummins who got his head down and allowed Marsh to crack on, as he had with Steve Smith in the first Test. They shared 99, the biggest stand of the innings and the one that truly crushed England’s will. With the ball soft and the light good, Cummins took 36 balls to get off the mark, during which time a nick failed to carry through to slip. Once he had one, they kept coming, and for the second time in as many Tests he had a Test best. For the second time in as many Tests he was able to stand back and watch a colleague celebrate an emotional and excellent century. 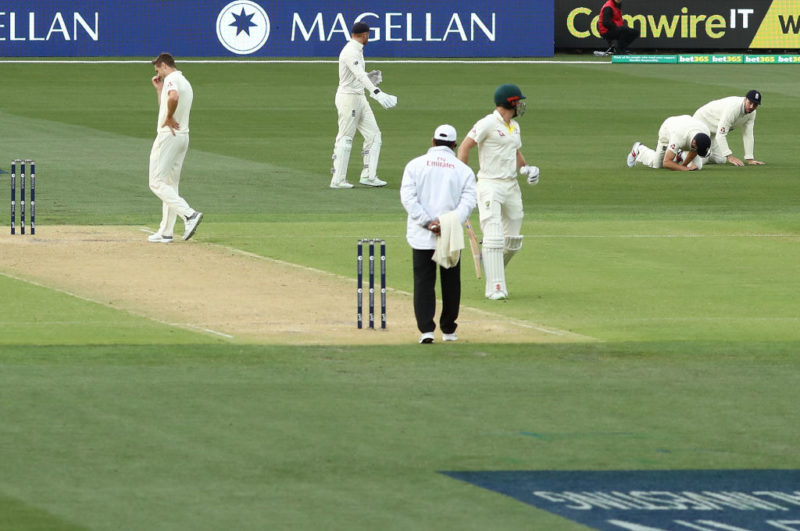 Cummins was the last to fall in the first over of a session as Smith turned the screw with a final slog after tea. Nathan Lyon pulled six to bring up Overton’s century, then Marsh gave Broad some mighty tap. What a distant memory that Handscomb send-off must have seemed.

And with that Smith called his men in. History is likely to simplify Joe Root’s decision at a toss as an error. England could have batted and been skittled for 150. Or Root’s new ball bowlers could have pitched the ball up – as Mitchell Starc would – and picked up early wickets. It feels reductive to view it automatically as a mistake, but that does not mean Root won’t be reminded of it at every opportunity in his innings tomorrow, or indeed for many years to come.

The difference in suitability of the two attacks for the job at hand was laid brutally bare in the very first over of England’s response. With Alastair Cook and Mark Stoneman surely mighty weary, Mitchell Starc served up a first delivery that was the match’s fastest. By the end of the over, he was operating upward of 150kph, and Josh Hazlewood’s first over brought a delivery quicker than anything England served up across their 149 overs, too.

Soon enough, Stoneman, having survived a couple of appeals from Hazlewood, was pinned in front by Starc. The finger went up, but so did Stoneman’s T-sign. The review was inevitably in vain, and off Stoneman went. 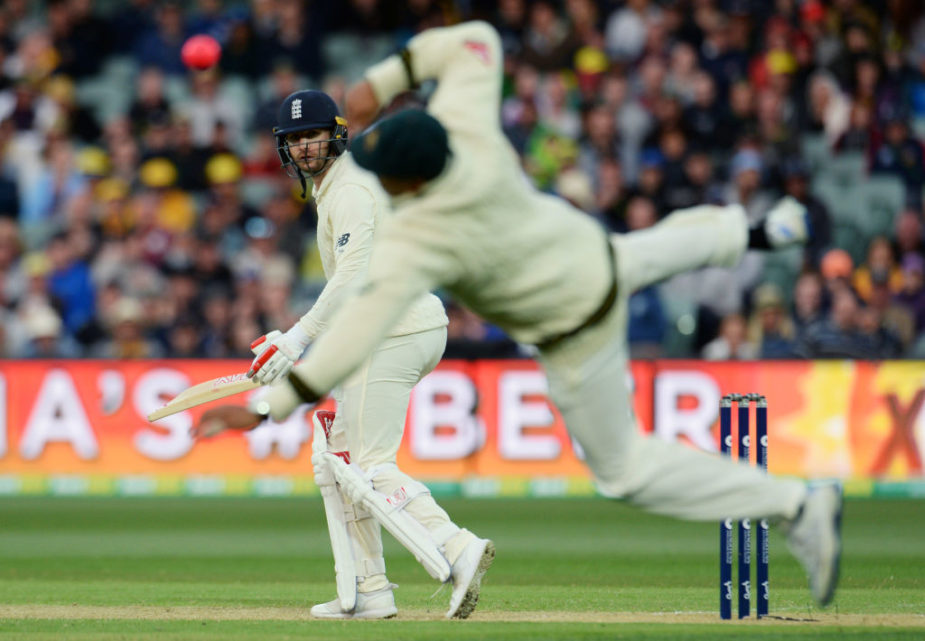 Stoneman’s flighty knock was ended by a Starc thunderbolt

Then, 13 balls after Stoneman fell came blessed relief in its most familiar, fuzzy form: rain. Swirling, heavy rain. And how England needed it. It lasted just about long enough to bring an abandonment and to allow Cook and the scoreless James Vince to get a restless night’s sleep before readying themselves for a very different storm on the third day.