On the eve of the eighth edition of the Big Bash League, Taha Hashim explores the curious figure of Brisbane Heat’s Chris Lynn, the tournament’s iconic superstar yet to come good for Australia.

It is December 30, 2016, and Shaun Tait is gearing up to bowl. His right elbow is strapped. Injuries have taken their toll on the former Australia fast bowler, once capable of breaching the coveted 100 mph mark, but the aura remains. So too, on his day, does most of the speed. 90 mph is not 100 mph, but it’s still plenty, and as ‘the Wild Thing’ gallops in for the Hobart Hurricanes against the Brisbane Heat, a packed Gabba holds its breath.

Standing at the other end is Chris Lynn. Reigning king of the Big Bash, tormentor of the good length delivery, Lynn is in a monstrous mood. Six overs have passed and the Heat are 71-1, chasing 174. Tait steams in for his first ball, any thoughts of a loosener dispelled by the mighty yelp he lets out on release. It’s full and on leg-stump – Lynn sees it in his arc and punishes it.

The ball doesn’t sail into the night sky – it packs its bags and waves goodbye to the Gabba, flying over the roof. Lynn glances back in the direction of Tait and taunts him with a wink almost as audacious as the shot that preceded it. This is his competition after all. He finishes the chase with 22 balls left in the innings, his 84 from 50 balls taking his side to a comfortable win.

You can’t be serious! This is a video game!

There is something primal and unmissable about watching a ball being brutalised over the boundary for six. Speak to any Pakistan fan of the noughties and while they may discuss the everlasting frustration of watching Shahid Afridi bat, the sheer childlike excitement he invoked with his big hits was worth the pain of his infuriating dismissals.

To watch Chris Lynn in the Big Bash is another sensation altogether, impossibility mixed with inevitability. Across 49 matches, the Queensland batsman has 1,560 runs at an average of 41.05, coming at strike-rate of 158.21. His 102 sixes in the tournament puts him way out in front of Australia’s T20I captain Aaron Finch (59 sixes) in second place. 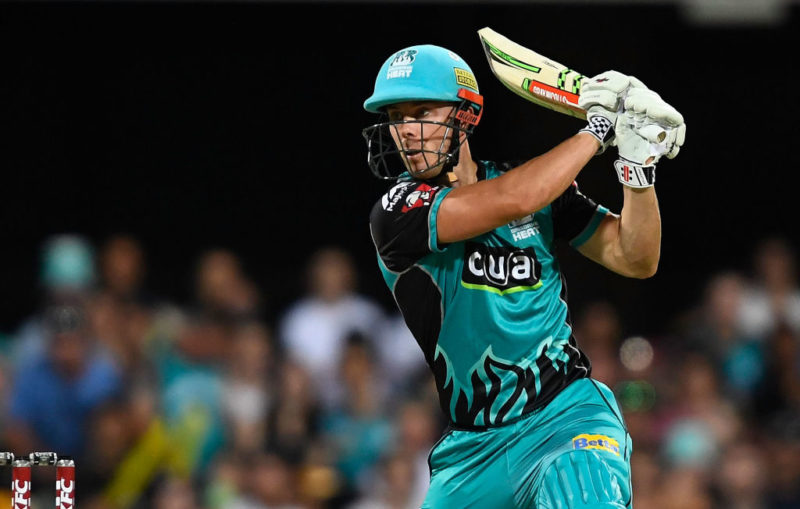 Lynn’s ball-striking is terrifying in its simplicity. “Literally when I first get in the nets, I just like to just smack the ball – and I can,” he told The Cricket Monthly earlier this year. “As long as I’ve got a couple of fundamentals – I’m keeping my head still and hitting the ball late – I just try to hit it as hard as I can.”

A glance at footage of Lynn’s BBL sixes reveals that the talk matches the actions. He watches the ball with a stillness that belies the carnage to follow. The bat-swing arrives in the manner of an executioner wielding his axe.

His antics have led to an unparalleled reverence in Australian domestic circles. When players were asked to choose their No. 1 pick for a BBL Fantasy side ahead of the 2017/2018 season, the likes of Finch, George Bailey, Glenn Maxwell and Shane Watson were uniform in their answer – Lynn was to be the first name on their teamsheet. And so the question begs answering ­– why have we not seen the domestic emperor expand his empire into international circles?

Lynn made his international T20I debut in 2014, but four years on the world is still waiting for the BBL icon to deliver on his potential for his country. He has twin high scores of 44 in ODIs and T20Is and averages under 20 in each format.

His selection for the home ODI series against South Africa in November came on the back of an immense run of form in the domestic 50-over competition, as he topped the run-scoring charts with 452 runs to his name at an average of 75.33. Surely now was the opportunity to stamp his marker.

It wasn’t to be as three innings yielded just 59 runs. A move to the opening slot in the final ODI saw him depart for a first-ball duck to Dale Steyn, poking tentatively at one wide of off-stump. A lack of footwork had seen him fall victim to Andile Phehlukwayo in the first match of the series and it seemed that he hadn’t learnt his lesson. Either side of the South Africa series, Lynn featured for Australia’s T20I sides against Pakistan and India and failed to live up to his billing.

His IPL success for Kolkata Knight Riders and his exploits in the Sheffield Shield suggest that Lynn is more than just a gun-for-hire – he has a first-class average of 43.53, and high score of 250. He can build an innings. But he has long since given up interest in dominating the longest format. You sense he is more comfortable with the mercenary tag than most.

“I want to play T20 cricket in Bangladesh, the Caribbean, India, Dubai, around the world,” Lynn told Australian radio show The Triple M Rush Hour earlier this year. “Ever since my best mate Phil Hughes passed away, it’s, ‘What do you want out of life?’ I ask myself that every day. Does it make me a better person if I’ve got that baggy green on the wall? That’s up to anyone’s opinion really. I’m really comfortable with the decision I have made playing T20 cricket and I get to see my family more, I get to see my mates more and to me, that’s more important.” 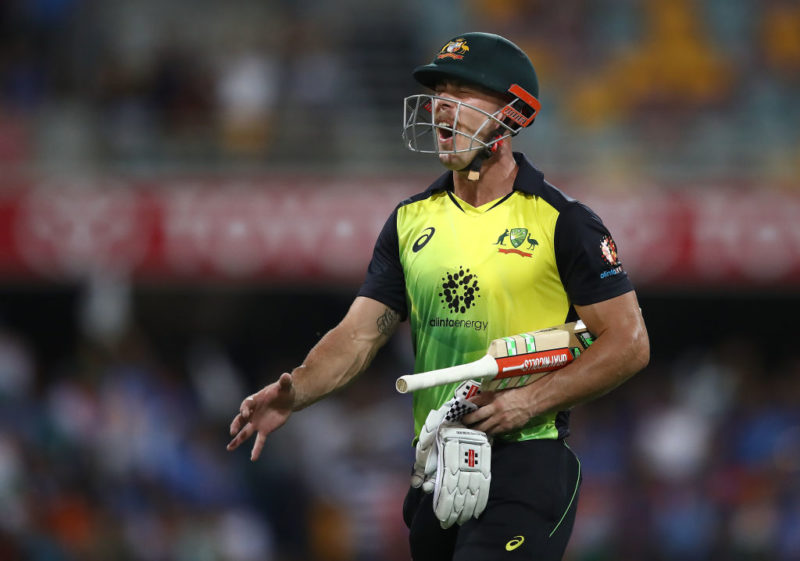 Will the real Chris Lynn please stand up?

Even if Lynn himself could take or leave international cricket, it appears that Australia aren’t done with him yet. A promotion to open the batting was hardly earned, but it made sense. Lynn could make the powerplay his own. Such is the desperation for Lynn to shine in a yellow jersey that there is a willingness to experiment with him, to afford him all the opportunity possible to succeed at the international level. And who can blame them? Lynn’s Big Bash performances have cast a spell upon not only crowds but selectors – the ability to send a ball hurtling beyond stadiums can get the blood racing of even the most experienced of observers.

Related Story: Chris Lynn century the highlight as Lahore Qalandars, Peshawar Zalmi reach PSL 2020 semi-finals
With Australia’s ODI form perilous as they head towards next year’s World Cup and few viable replacements in the offing, it is likely that he will be given more opportunities. For now, however, another Big Bash campaign awaits. He enters it as Brisbane Heat’s captain and on the back of a club innings that saw him hit 15 sixes in a 45-ball 113. Conquering the world stage will have to wait for now.