Irfan Pathan, the player-cum-mentor of Jammu and Kashmir, tells Manoj Narayan about the uncertainty his team finds itself in ahead of the domestic season, following the political realignment in the state.

It was early August. The Jammu and Kashmir cricket team, led by former India all-rounder Irfan Pathan, were in the middle of a pre-season training camp in the state. The camp had been going well, but soon, it became evident that something was amiss.

On the streets, everywhere they looked, were army men. The local people thronged the shops, on the lookout for supplies to stock up on. The cricketers had their little routines disrupted: the journey from hotel to ground, which should have taken 10 minutes, started taking an hour. The players’ phones were buzzing, with worried parents and family members seeking clarity. Something was brewing.

“It was big-time confusion,” Pathan tells Wisden. “No one was clear, nothing was clear. The chaos was there. Everyone knew something was going to happen.”

Both, my mind & heart are still back in Kashmir with Indian army & Indian Kashmiri brothers and sisters… #Kashmir #KashmirUnderThreat

On August 6, they, along with the rest of the world, found out exactly what. The Indian government issued an unprecedented constitutional order to abrogate Article 370, a provision that gave the state of J&K special status. It was a contentious move, one that left Kashmir in lockdown; communication lines were closed, the military enforced the law, and a few weeks on, the situation in the region is still uncertain.

Like so many others in the region, the state’s cricketers are feeling the effects. Earlier this week, the team had to withdraw from the Vizzy Trophy, a preparatory tournament for the Indian domestic season. The management, including Pathan, can’t even get in touch with teammates and age-group players in Kashmir. In a fragile environment, they don’t know where or how many of them are. They lost over a fortnight’s worth of crucial practice, and their prospects for the season look dim.

Even over two weeks after their ordeal began, the extent of uncertainty and confusion is evident in Pathan. He and Aashiq Bukhari, the chief executive officer of the Jammu and Kashmir Cricket Association [JKCA], had been in charge of the camp of close to 200 players, including the senior J&K men’s team, Under-16 and Under-19 teams, and district boys. The seriousness of the situation first became clear to Pathan when the Amarnath yatra, an annual Hindu pilgrimage undertaken by thousands to Srinagar, was cancelled. 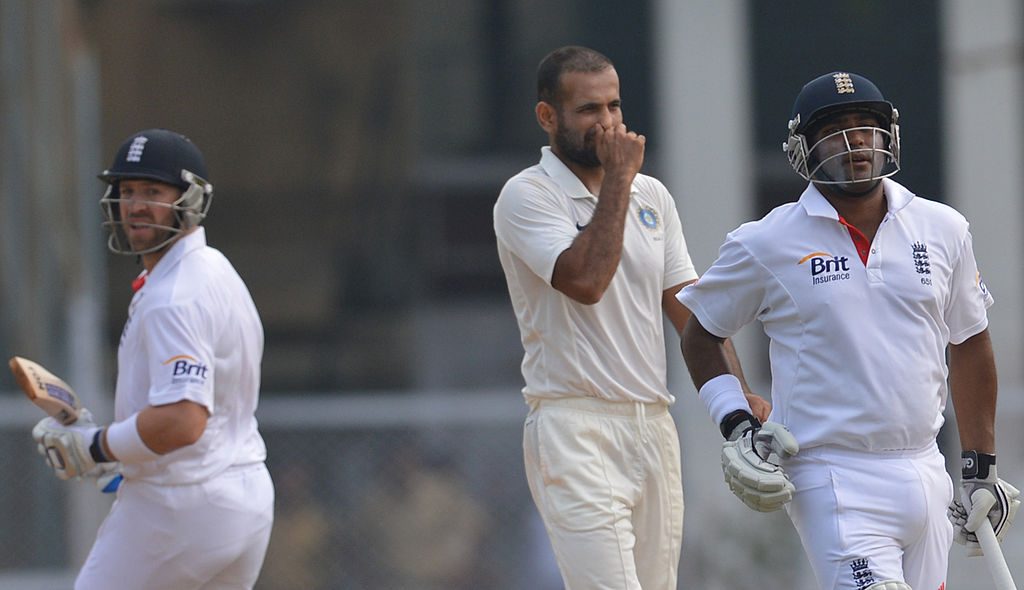 Irfan Pathan played 173 internationals for India between 2003 and 2012

“It was then that we decided to leave,” says Pathan. “In his [Bhukhari’s] many years of experience, the Amarnath yatra was never cancelled. This was the first time, and he said, ‘this is the time for our boys to go’. We were all on the same page, that we needed to leave. We arranged the bus from JKCA, and we sent [the boys] back.

“It was important the district boys go back first, and they did. It was a responsibility of ours, of the JKCA. A lot of parents were calling us to check what was happening. When we took the decision [to leave], it was very late, because we were waiting to know what’s happening. We tried to get information from our own sources, but there was no clarification from anywhere.”

Pathan isn’t too worried about his teammates – “I’m sure things will be fine, we’re just waiting now” – but is concerned about their readiness for the season. Once the management establishes contact with the players again, new plans will have to be put in place, shortcuts will have to be taken and, somehow, they have to prepare for India’s mammoth domestic season. All that without taking into consideration the mental distractions that will inevitably stem from the events of the last few weeks.

“We’ve to reassess. If there’s a forced break, be it with an injury or anything else, if you’re not able to train and practise as a team, it does affect,” says Pathan. “We’ll have to go back again, and start from scratch. I just hope whatever break that we’ve got, they’ll be able to come out of that break quickly. It’s not only about [how it affects] physically, it’s mentally as well. I’m hoping it won’t have an effect, but it will. You need to start your body again, you need to go back to full-fledged training again. It’s especially not ideal just when the season is around the corner.”

“There’s history between players from Jammu and Kashmir. Making them play as one team, to get them together, is one of the biggest challenges"

The cost of this break can’t be overstated – “it’s important in the off-season that the team gets built nicely and they work together” – but there is little that can be done now, apart from waiting. Pathan, however, is busy putting in place back-up plans. He is hoping to arrange for another venue, something the BCCI can help with, and is generally trying “to control the controllable”.

“If you want to control things that are not in your control, that’s when the frustration comes,” he says. “What is in my hand? Try and communicate with the guys as much as I can – that I’m doing. Try and communicate regarding the administrating part as well – that I’m trying to do as well – and keeping the second plan ready. Apart from that, things that are not in my control, I’m definitely thinking about them, but I’m not doing too much about it. Now the focus is on quick selection and prepare the [main] team itself.”

What is particularly disappointing for Pathan is the effect on the camaraderie in the team. Last year, when he joined J&K, one of the big challenges he faced was bringing down the wall between players from Jammu and those from Kashmir. Along with coach Milaph Mwande, a series of activities was planned to address that, and by the end of the season, their efforts came good. “There’s a history [between those from Jammu and Kashmir], and making them play as one team, to get them together, is one of the biggest challenges,” says Pathan. “The guys were getting on track by the end of the season. We started the training camp [this year] on a high note as well.”

Now, with all that’s happened, Pathan believes “we’ll have to go back and start from scratch.” It is all they can do.