The seventh edition of the Caribbean Premier League concluded on Saturday, with Barbados Tridents winning their second title.

The Tridents defeated the most consistent team of the tournament – Guyana Amazon Warriors – who went into the final on the back of an 11-match winning streak.

Who were the men that stood out and caught the eye with their performances across the tournament? Let’s have a look. 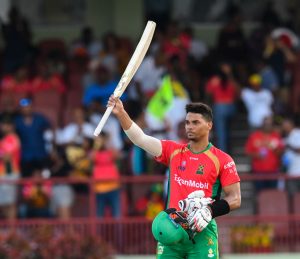 Brandon King was the highest run-scorer of the tournament

The 24-year-old King was a surprise package this season, raking in close to 500 runs from 12 matches. He was the driving force behind the Amazon Warriors’ smashing run into the final, captivating all with his aggressive batting and explosive starts. His unbeaten 132 off just 72 balls against Tridents in the first Qualifier was the highest individual score in CPL history.

The defending champions struggled throughout the tournament and just about qualified for the knockouts by holding onto the fourth spot, but Simmons was their shining star at the top. This was his first season for TKR, and he made it count by hitting five fifties in the tournament, the most by any player this year. His half-century in the Eliminator against St Kitts and Nevis Patriots helped TKR win the game by six wickets after the rest of the top order had failed in a modest 126-run chase. 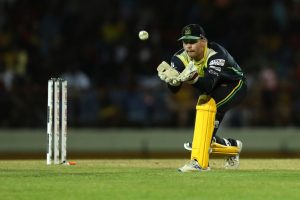 Jamaica Tallawahs finished at the bottom of the table with only two wins, but wicketkeeper-batsman Glenn Phillips stood out, not only for his skills behind the stumps but also for the batting performances he kept churning out while the rest of the side crumbled over and over again. He scored three fifties this season, with his best – a blistering 87 off 49 balls – coming against St Kitts and Nevis Patriots. The 22-year-old even overshadowed Chris Gayle, who had a very mediocre season by his standards.

The Pakistan all-rounder may have experienced a slump towards the end of his ODI career, but he looked back to his best during this year’s CPL. He led from the front with his batting, scoring over 300 runs and hitting a couple of fifties along the way. His cool and calm demeanour helped him keep the team together, as he astutely led them in their 11-match winning streak. 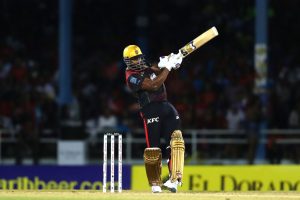 Playing for his home franchise for the very first time, Kieron Pollard brought his A-game to the tournament and expertly led his side. He batted brilliantly in each of TKR’s four consecutive wins at the start of the season. Even during their slump, he stood tall in the middle order, providing the necessary impetus. Pollard’s destructive batting helped rescue TKR from many dicey situations, including in the Eliminator, when his nine-ball 26* lifted them from 31-3 in the Powerplay to ace a chase of 126.

Fabian Allen impressed for St Kitts and Nevis Patriots with his belligerent batting in the lower middle order. He was also a live-wire on the field, saving crucial runs. His best knock came against the Jamaica Tallawahs when he smashed 62 not out off just 27 balls and aided his side in posting a competitive 176 after the top order had failed. 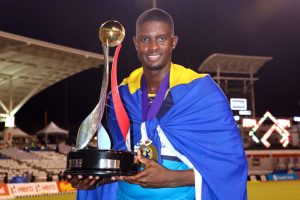 The title-winning captain was exceptional with the ball as usual. Holder also anchored his team with great enthusiasm, as Barbados’ young bowlers benefited from his leadership. Not only was he responsible for controlling the run flow at one end, but he also snared 14 wickets while doing so, finishing as the joint third-highest wicket-taker. He was also electric on the field, taking 13 catches, the most by a player in this edition.

The dangerous spinner only played seven games this season, as he was nursing a finger injury. But his contributions, with bat and ball, cannot be ignored. Well known for strangling the flow of runs and making handy contributions with the bat at the top of the order, Narine did both successfully. His seven wickets in seven games may not be an eye-catching return, but an economy rate under six certainly is. His spell of 2-10 in the Eliminator, despite not being at 100% fitness, helped TKR gain complete control over the Patriots.

The leg spinner is as enthusiastic about the game as he is with his celebrations. Still going strong at 40, Tahir’s 16 wickets, while giving away just 5.62 runs an over, is testimony to his prowess. He was the Warriors’ best bowler this season and the second-highest wicket-taker overall. Apart from one of the league games, against TKR, Tahir took at least a wicket in each of the nine games he played. 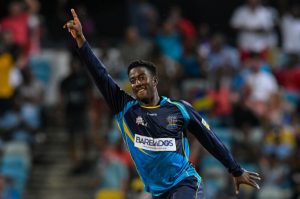 Hayden Walsh Jr was the leading wicket-taker in CPL 2019

The American-born leg-spinner was the find of the season. His bowling variations were very impressive with his googlies responsible for outfoxing even the best of batsmen. He was consistently among the wickets for the Tridents, and one of the major reasons behind their successful campaign. He took a four-wicket haul and a five-wicket haul in the tournament. His systematic destruction of TKR, against whom he picked up five wickets for only 19 runs in four overs, fired his team to a huge 63-run win in the league stage.

Much of the Tridents’ success this season has been down to their superior bowling quality. Having a captain who is a fast bowler himself seemed helpful for Gurney, who repaid the confidence put in him by bowling economically in the death overs and almost always picking up wickets. He was thrashed in Qualifier 1, returning figures of 0-46 in four overs, but bounced back in the second qualifier and the final to pick up two wickets in each game.

The salute man was a huge boost for the Patriots and helped them to third in the points table by playing a starring role with the new ball. In his first game for the Patriots, he returned figures of 3-13 against TKR and never looked back. He held his own at the death too.