All the good in Ireland’s Lord’s Test performance shouldn’t be lost in their collapse on day three, argues Garima Srivastava.

“I’m not OK” – one of the Ireland fans said on social media, after a heartbreaking day three. From the growing expectation of beating England at Lord’s to batting at a seamer’s paradise and descending rapidly – emotions galore.

England might have technically been the winners but William Porterfield and his men gave inspiration – not only to the budding stars in the team but to many at home, to the youngsters who are now daring to dream of donning a Test cap with a three-leaf clover stitched on it.

It didn’t take long for some of the social media dullards to decry Ireland’s Full Member status, but their performance at Lord’s in the first two days more than justifies their place at the top.

To bowl out a team on the opening day of the Test in the first session for a paltry 85, that featured five players who, at the same venue, recently lifted the coveted Men’s Cricket World Cup trophy, is an achievement worth celebrating in its own right. 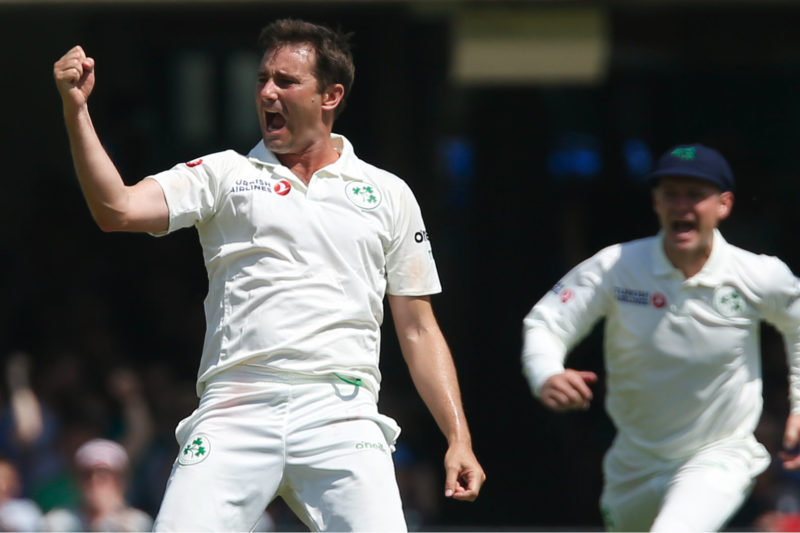 The 37-year-old Tim Murtagh made history, becoming not only the first Irishman to claim a five-for in Test cricket, but conceding the fewest runs by any bowler to have his name carved on the honours board.

Later in the day, they battled with the bat, scoring 207 and taking a lead of 122 against the No.4-ranked Test team, finishing day one on top.

Despite the final result, it was a fantastic and historic week for @tjmurtagh! 👏 #LoveLords pic.twitter.com/LFEOU3OYx9

The next day, England batted throughout the day and put up a 300-plus total on the scoreboard – finishing day two on 303-9 with a lead of 181. The architects of their innings were a nightwatchman and a Test debutant, and for a time it looked like it could get ugly. But once again Ireland scrapped, initiating a collapse of 7-77 to come back into the contest.

On the morning of the third day, Stuart Thompson had Olly Stone bowled for a duck. Ireland had to chase 182 with two full days’ play remaining. 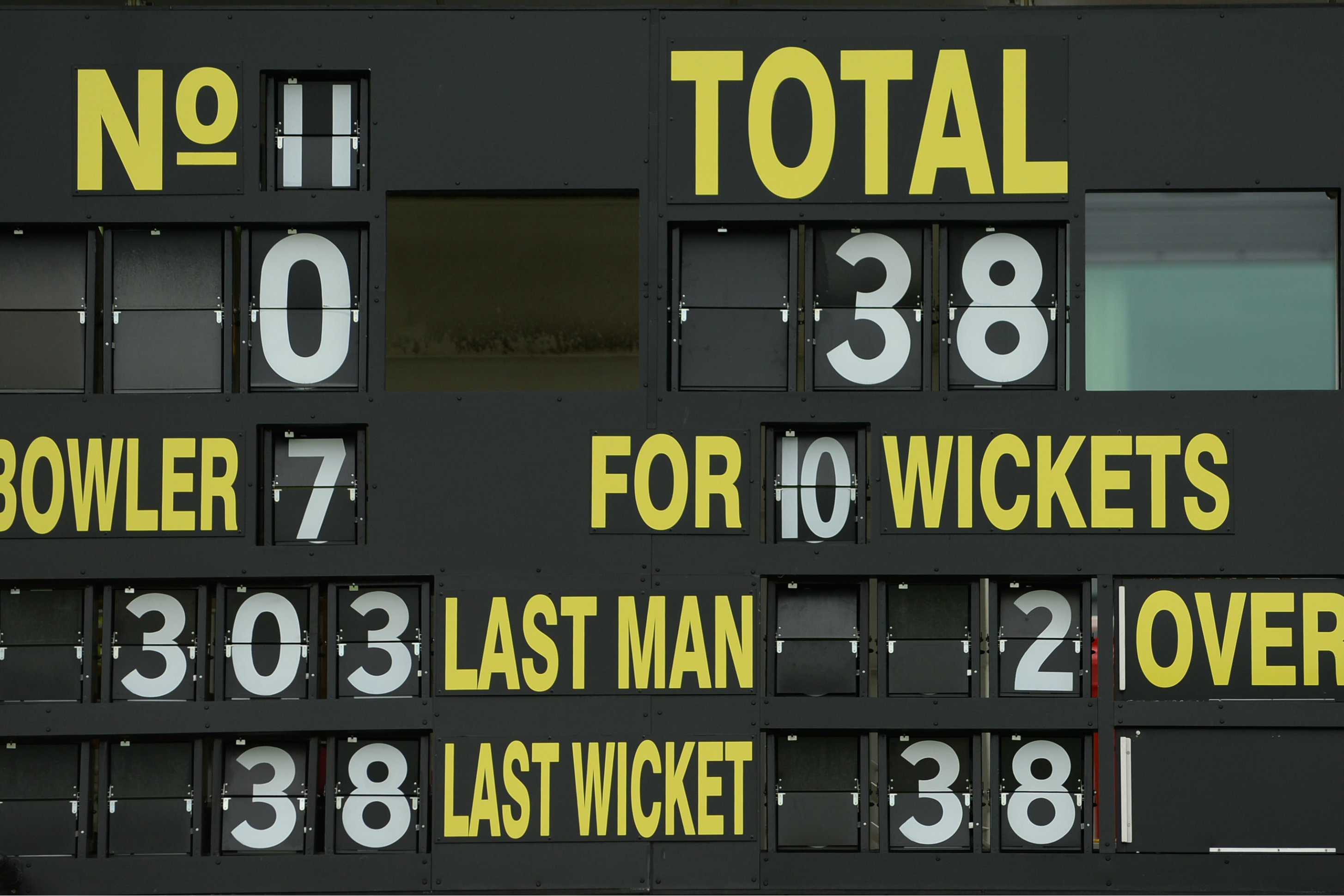 All the talks, all the hoo-ha which Ireland had sparked in the world of cricket during these three days, those were the moments when Porterfield’s men proved a point – that in the red-ball format of the sport, Ireland are here to stay.

But what followed quietened the atmosphere. The floodlights were on and there was a rain delay to build the nerves. Chris Woakes and Stuart Broad used the ideal seam-bowling conditions to perfection.

In just 94 balls, Ireland were bundled out for just 38 – the lowest Test score at Lord’s – and England won by 143 runs. “I don’t even know what we ended up on, 40-odd, was it?” a disheartened Porterfield said after the game. “It hurts walking off.”

In 1901, the Gaelic Athletic Association banned cricket, an English sport, with the restriction staying in place for 70 years. These were times when people played the sport secretly. There are stories of players hiding their cricket kit or not telling their acquaintances that they were involved in the sport. We are now living in a time where Ireland just played a Test at the Home of Cricket.

Tough place to be I’m sure that away dressing room but the boys can be proud for entertaining the world for 2 days. It will hurt yes but two positive days that the Irish should be proud off. Bad luck lads heads up. ☘️

Porterfield himself is a perfect example. The Irish captain once spent time working on the Lord’s surface as part of the MCC groundstaff. He just led his country at that same venue, playing on the surface he used to plough.

There are evidently more hurdles for Ireland to overcome. But they have overcome every single one put in front of them until now. They are just a year into their Test lives. Looking back, no visiting team has ever won a debut Test at Lord’s.

Even India took 25 Tests to secure their first Test victory. New Zealand took 44 Tests and were bowled out for 26 in that time. 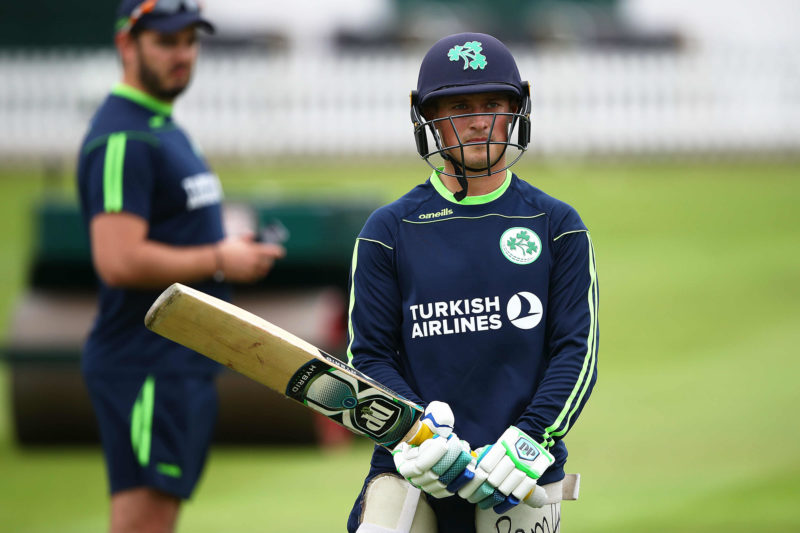 Looking at a team’s lowest ebb is perhaps the worst way to evaluate the suitability of a new team for Test cricket. Dig beneath the surface and there is plenty of reason for optimism.

All Ireland need is some more time, some more faith, and some more Tests against the big boys, to understand the rigours of the longest format at the top level better and learn from every red-ball experience.

Ireland’s Test skirmish at Lord’s should be recalled primarily for how they kept England on their toes on the opening day rather than how things panned out towards the very end of it. The only reason to look back at the double-digit figure of 38 should be for the sole reason of working hard, for taking inspiration for improvement and coming back stronger.