David Warner’s 2019 has seen the good, the bad and the ugly. Rupin Kale takes a look at the Australia opener’s year in numbers.

As Warner bided his time in the national wilderness, he enjoyed a stint at Sylhet Sixers in the Bangladesh Premier League at the start of the year and was the side’s second-highest run-scorer. He also skippered the side in all seven games he played.

The left-hander scored a 47-ball 59 in his second innings of the tournament, taking his side to their first win of the season. He slammed two fours and a six in his innings, while also completing two catches in the field. He struggled with scores of 7 and 0 in his next two knocks, but came back with 61* and 63 in his next two innings, against Rangpur Riders and Dhaka Dynamites.

Warner looked set to finish the tournament on a high but had to travel back to Australia after injuring his elbow midway through the competition. 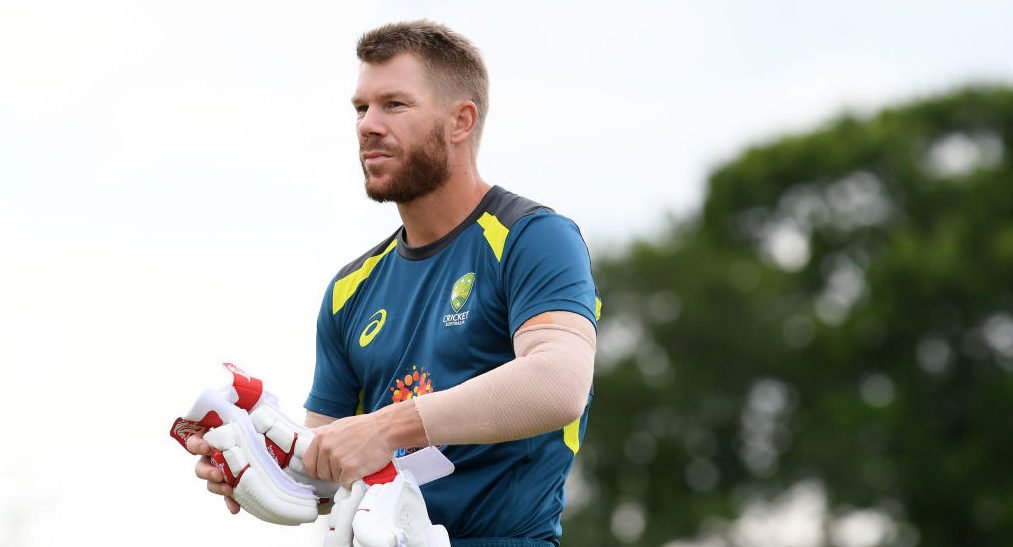 The Australian opener was simply magnificent at the IPL, finishing the tournament at the top of the run-scoring charts. Such was Warner’s excellence in the competition that the second-highest run-scorer – KL Rahul – finished 99 runs behind him, despite playing two extra games.

He started the season with a 53-ball 85 against Kolkata Knight Riders and followed it up with a 69 against Rajasthan Royals. His best returns came against a hapless Royal Challengers Bangalore attack, whom he smashed a 55-ball 100* against. This was Warner at his destructive best, with five fours and as many sixes coming off his blade to help guide his side to 213-2.

The 32-year-old won the Orange Cap – awarded to the leading run-scorer in the tournament – for the third time in his career.

Warner carried his IPL form into the World Cup, scoring an unbeaten 89 against Afghanistan in his first competitive international appearance since the Newlands scandal. Seven days later, he notched up his second half-century of the tournament against India, although his slow scoring-rate (his 56 took up 84 balls) seemed to do more harm than good in a chase of 353.

Related Story: Previous Wisden Cricketers of the Year that starred in 2019

Nonetheless, while he didn’t appear to be at his most destructive, the runs continued to flow. Warner registered three centuries and a fifty in his next six innings, as Australia qualified for the semi-finals. His 166 against Bangladesh in Nottingham was particularly impressive, as he slammed 14 fours and five sixes to take Australia to 381-5.

He ended the World Cup as its second-highest run-scorer, just one run behind India’s Rohit Sharma, who amassed a record-breaking five centuries in the tournament.

After a productive time in coloured clothing, the transition to red-ball cricket proved to be a horrendous one for Warne. His form slumped dramatically during the Ashes, his confidence dipped, and he looked out of his depth every time Stuart Broad came on to bowl: the right-arm seamer dismissed Warner seven times in the series.

Warner managed just 95 runs in the entire series, 61 of which came in one innings at Headingley. His batting average of 9.5 was the second-worst in the entire Australian squad, with only Josh Hazlewood (9) behind him. The tour ended with question marks hovering over his place in Australia’s side come the home summer.

In matches he was dismissed by Stuart Broad this summer, David Warner averaged just 3.42 with the bat. pic.twitter.com/8mgCay8kAy

Despite his Ashes slump and the criticism that followed, it hasn’t taken Warner long to find form back home.

Related Story: Quiz! Name the batsmen with the most half-centuries in IPL history

Turning out for New South Wales in their Sheffield Shield clash against Queensland this week, the opener scored an enterprising 125 at the Gabba on Friday. Now the quest will be to maintain that form ahead of Australia’s next Test assignment: a two-match series against Pakistan in November. Prior to that, Warner will make his T20I return with matches against Sri Lanka and Pakistan.

Warner’s career over the last couple of years has been a rollercoaster. While the World Cup marked his dream return to international cricket, the Ashes might have taken out a large chunk of that confidence. However, from what we’ve seen from the Australian opener so far, only a fool would write him off.