As England’s in-form ODI side prepare for a tour of Sri Lanka for a five-match series, Taha Hashim revisits the horrors of their last visit in 2014, a warm-up for the 2015 World Cup that very quickly turned sour.

England arrived in Sri Lanka in preparation for a winter devoid of Test cricket. The red ball and whites were to be ditched to ensure that the side entered the World Cup on a healthy dose of the 50-over game. And how they needed it. Beyond a series victory in the spring against West Indies, the summer would be a barren one. Sri Lanka and India both departed English shores with ODI series victories under their belt, exposing the ills of England’s safety-first batting approach under Alastair Cook.

It seemed like drastic changes were needed when England touched down in Colombo ahead of their seven-match series. What emerged was merely a half-way revolution, with Moeen Ali promoted to the top of the order to bat alongside Cook. Perhaps a healthy balance could be found with the brazen strokeplay of the Worcestershire left-hander in accompaniment with the reserved nudges and tickles of the out-of-form England skipper. Alex Hales was also in the squad, but this was a time before England considered deploying two dynamic batsmen to blast their way through the batting powerplay. 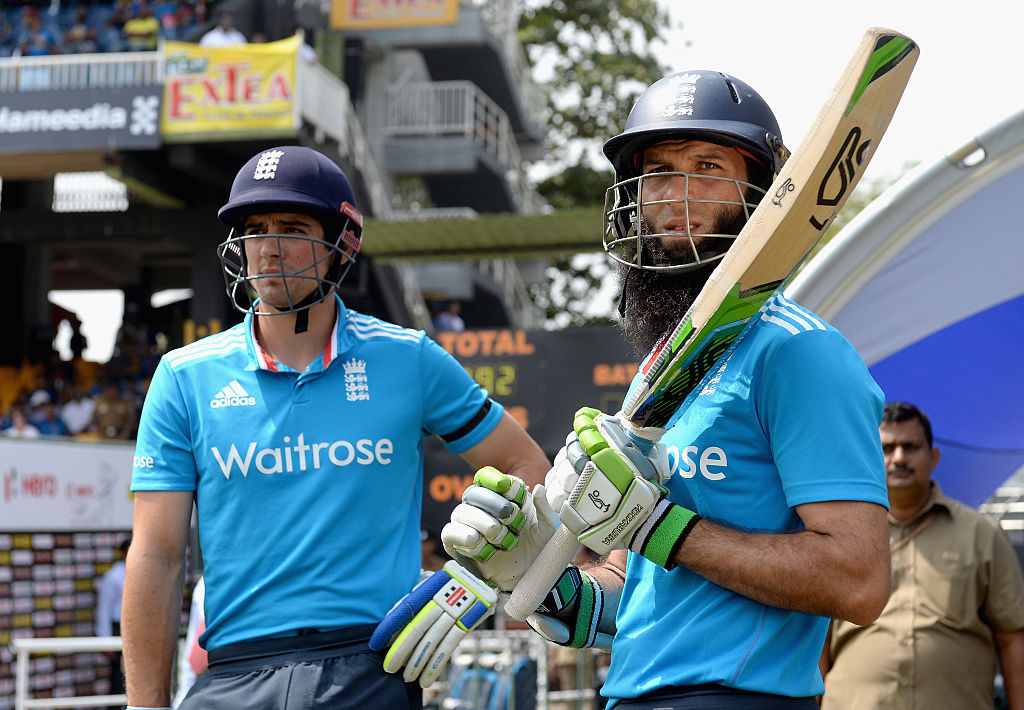 Moeen Ali had some success at the top in Sri Lanka

At first, it seemed the move was bound to reap rewards. In a rain-affected warm-up against Sri Lanka A, Ali and Cook put on 94 for the first wicket from just 13.1 overs. The off-spinning all-rounder deposited Vishwa Fernando for six fours in an over, while Cook struck a more patient 54 from 62 balls. Ali’s powerful form carried its way into the first ODI as he struck a blistering 119 from 87 balls. Unfortunately for him, he wasn’t to find much support from elsewhere, as England fell 25 runs short of Sri Lanka’s 317.

Rather curious about England’s line-up was the use of Ben Stokes at eight, a position he would be deployed in for the rest of his appearances in the series, a decision that is equally boggling now as it was at the time. As Paul Collingwood would say in the aftermath of England’s series defeat, it was akin to “telling Cristiano Ronaldo to play at right-back.”

If a narrow defeat had given England some sort of hope for their next encounter, it was a false one. Ajantha Mendis’ mystery spin had long lost its magic by late 2014, but even then England were unable to counter his threat, as he took 3-33 to bowl them out for 185 from 43 overs. The early dismissals of Kusal Perera and Tillakaratne Dilshan brought the arrival of old-timers Kumar Sangakkara and Mahela Jayawardene, who showed little mercy to the England bowling attack in the sapping heat of Colombo. 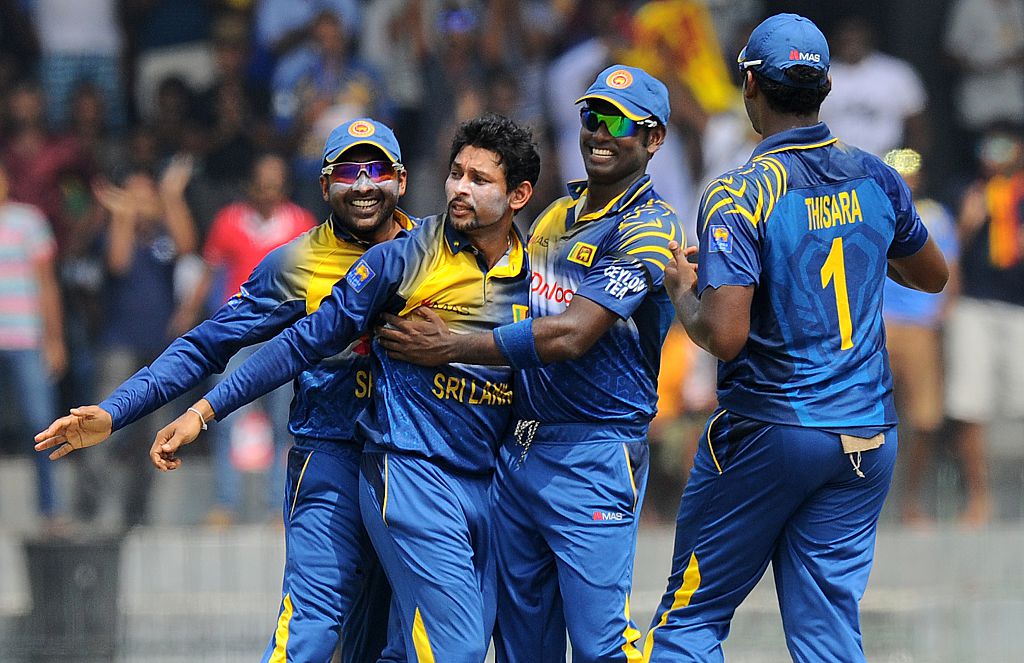 Back home, the knives were sharpening. Kevin Pietersen, perhaps not best pleased by his own removal from England’s side, took to social media to call for the removal of Cook.

Some tranquillity was found in the jungle of Hambantota, where Joe Root and Jos Buttler combined to chase down a rain-affected target of 236 and offer their captain some much-needed breathing space. Nevertheless, a return to Colombo saw normal service resume. While a slow over-rate forced Cook to the sidelines with a one-match suspension, Eoin Morgan was unable to breathe life into an improbable series comeback. Instead, he offered a pale imitation of Cook, with a poor over-rate leading to fines for himself as well as the rest of his side. Hales’ opportunity to shine with Ali at the top would only result in a first-ball duck.

James Taylor was able to provide a glimpse of his talents, battling to a fine 90 from 109 balls. Nevertheless, the iconic duo of Sri Lankan cricket; Mahela and Kumar, would return to rub salt into the wounds of England, a partnership of 96 leading to a six-wicket victory. The nails in the coffin were not to be sealed just yet however, with six wickets from Chris Woakes and a hundred from Joe Root in the fifth ODI delaying the Sri Lankan victory parade.

Pietersen: “Dear Alastair, if you care about England’s chances this winter, please resign”

The next game was a nightmare for Cook, a tale of misery that seemed to foreshadow his impending removal as captain. A simple drop at mid-off was disappointing; the fact that the batsman was Sangakkara, who went on to reach three figures, made it cataclysmic. A single run from the bat was all the England captain could offer in the end. Such was the plight of Cook’s fortunes that Sangakkarra offered sympathy in his post-match comments. “I’m sure Alastair is strong enough mentally to get over it. Things turn if you keep working hard,” said the thorn in England’s side.

Fortunes were not to change anytime soon however, with the final ODI leaving the English desperate for a quick ride to the airport. Christmas came early for the Sri Lankans, as Jayawardene drew the curtains on his final match in Sri Lanka by taking the final England wicket, a sharply spinning off-break to have James Tredwell stumped. It merely opened up questioning as to why the world had not been treated to more of his part-time twirlers. It followed Dilshan’s 18th ODI century, the veteran ensuring that not all the limelight would be deposited on his outgoing teammate.

For Cook, the writing appeared to be on the wall. Amidst the gloom he held some semblance of optimism.

“I don’t like not seeing the job through – and I can see a lot of potential in this team,” he said.

Cook wasn’t completely wrong. That potential would go on to be fulfilled, but it wasn’t to be under his stewardship. Within days of his return to the country, Paul Downton and James Whitaker broke the news. It would be Morgan who would be leading the side in Australia and New Zealand.

The less said about the World Cup, the better. It wasn’t to be until the return of the home summer that the power of England’s youth would be unleashed upon bowling attacks across the globe. They haven’t looked back.