England’s hammering by India in the first ODI exposed questions that need answering before the 2019 World Cup.

Welcome, England, to high school. You’ve had your lunch money stolen, your head flushed down the toilet, a chalk knob drawn on your back, your pants pulled down in front of Chelsea Lush, and you’ve walked home crying, telling your Mum you’re never going back. Oh yes, this was Big Boy’s Cricket, and England’s previously peacockian power-hitting Golden Generation, playing on their favourite ground, were given an utter schooling.

It was all rather like an upcoming heavyweight boxer who has breezed through a series of carefully selected and eminently winnable bouts in readiness for his shot at the title, only to discover from the moment he steps into the ring with the champion the latter’s resounding superiority expressed through the medium of a stiff, skull-rattling jab. And then another. And then another, his longer reach making attempts to get in close and trade blows almost suicidal. Yep, England have a fine ODI side, particularly in the batting department – even more particularly, when facing sides without wrist-spinners they cannot pick – but this was as one-sided a game as an eight-wicket defeat with 59 balls remaining would suggest. 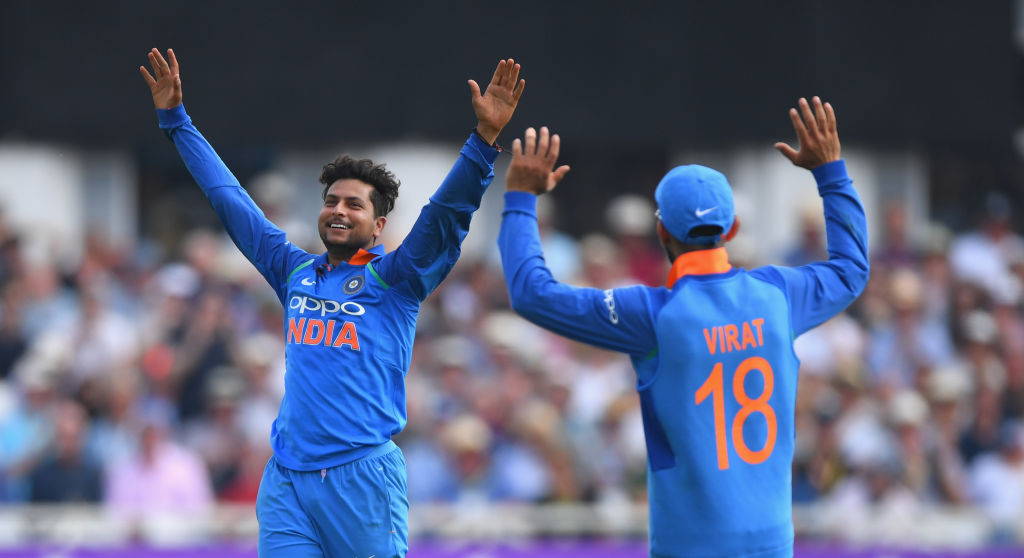 England had no answer to Kuldeep at Trent Bridge

Was it a one-off? A bad day at the office? Are the pay-per-view channels confident in backing a re-match? Can England really mix it in this exalted company? It may be a little early to jump to firm conclusions, to write off what remains a very potent side, but it’s fair to say England have a number of problems to solve if they are going to challenge an exceptional Indian team, one missing two frontline seamers in Jasprit Bumrah and Buvneshwar Kumar (the solution? Better Call Kaul).

Most seriously, England have no idea how many runs they need against this batting line-up. They are, it’s fair to surmise, more than a little spooked by a side seemingly happy to chase in all circumstances, all conditions. Indeed, Kohli electing to field first on a warm day and at a ground on which England had score a world record 481 last time out (and the visiting skipper won the toss that day, too) is the sort of thing that ought to spook England. The win-the-toss-and-bat logic is being scorned. It’s the move of a team that doesn’t recognise the notion of scoreboard pressure, a team that’s saying: whatever you get, we’ll back ourselves to get them. And we mean: whatever you get…

A left-arm wrist-spinner that England’s specialist batsmen are finding about as easy to read as VI Lenin’s Materialism and Empirio-Criticism. In the original Russian

Of course, it’s also the move of a team with a left-arm wrist-spinner that England’s specialist batsmen are finding about as easy to read as VI Lenin’s Materialism and Empirio-Criticism. In the original Russian. There was a moment during Kuldeep’s spell in the first T20 international at Old Trafford, shortly after a pair of wronguns had done for Bairstow and Root, when Jimmy Anderson, on commentary for Sky, observed: “The only person in the ground who’s picking him is MS Dhoni”. Well, on the evidence of this, not a lot has changed since then.

If England’s well-earned confidence hasn’t yet been critically affected by India’s blithe imperviousness to the notion that they might ever be batted out of a game, the presence of Kuldeep has undoubtedly spread uncertainty, forcing caution upon a previously gung-ho team. To state the obvious, it’s a major problem if you can’t pick a wrist-spinner. It means advancing down the wicket is an extremely risky option. And if you’re also unwilling to sweep for fear of one sliding under your bat, the chances are you will go nowhere pretty fast. Ordinarily at Trent Bridge, England would press the accelerator early and keep it to the floor. Kuldeep simply won’t allow that to happen. 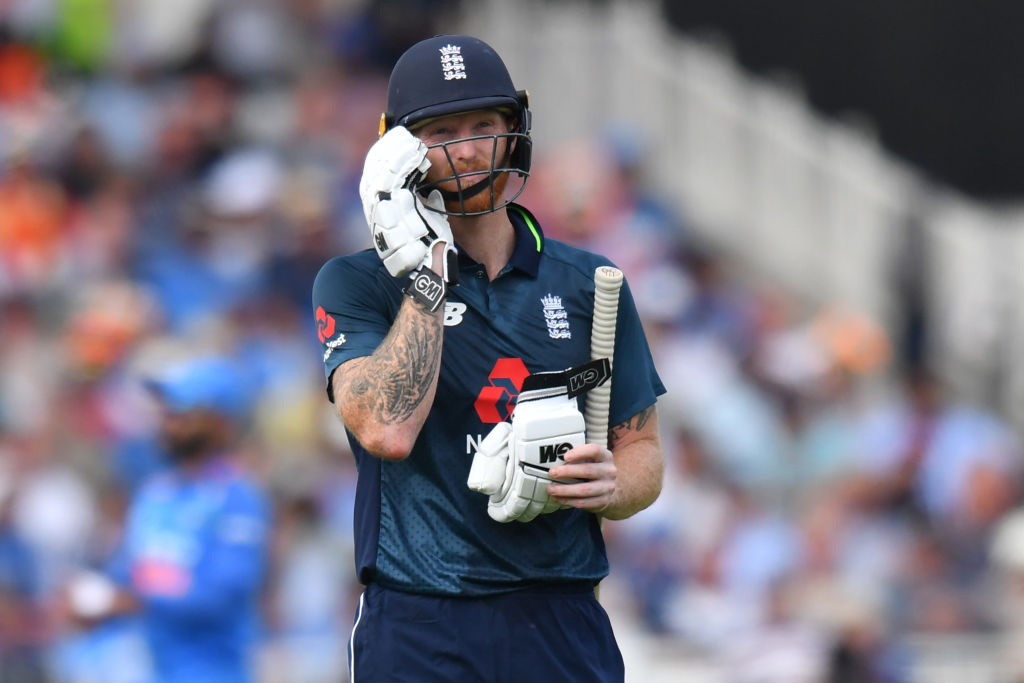 As the flesh-and-blood embodiment of India’s confidence, Kohli’s captaincy here was authoritative and tactically detailed – and let’s be honest, there’s never a minute on a cricket field when he acts with anything less than laser focus and bristling intent – making seven bowling changes between the ninth and twentieth overs, deploying leg slips, subtly adjusting the angles for different batsmen. But the truth is that from the moment Jason Roy toe-ended an attempted reverse-sweep from Kuldeep’s third ball (no blame attached: it’s hard to put it up Kuldeep without a paddle) England had their heads pushed under the water.

Two more wickets in Kuldeep’s second over – Root and Bairstow, both lbw: the former picking a leggie but missing to be stone dead; the latter not picking a wrongun to be dismissed on review – had Kohli immediately bringing on Raina to the two left-handers, Morgan and Stokes. Straight away, he bustled through a maiden, and overall sent down 15 dots in his three overs. There were a lot of cheap dots, in fact, many to a subdued and scratchy Ben Stokes, who managed only 8 from his first 36 balls.

England rallied to 195-4 with 12 overs left – three or four years ago, a more than steady platform; here, a rickety scaffold – but they were miles behind the game and Kuldeep’s third spell, in which he dismissed Buttler, Stokes and Willey to finish with 6-25 from 10 mesmerising overs, absolutely killed it. England failed to score a boundary for 72 balls after the second drinks break – a 10-over spell from the 35th over went: 4, 5, 3, 4, 3, 4, 3, 4, 3, 2, with the same period against Australia in June disappearing for 110 with 6 sixes and 5 fours – and it required a late flurry from “the Chuckle Brothers” (as the ECB’s ODI programme billed Moeen and Adil Rashid) to lift them to 268. It was around 100 under par.

The way in which India’s Rolls-Royce batting unit cruised to victory was as ominous as it was impressive. There was an early blitz from Shikhar Dhawan – who raced to 32 halfway through the powerplay before falling to overconfidence – and then Rohit and Kohli took over with innings that oozed class. Rohit, in particular, was able to score at will, both sides of the wicket, front foot and back, patently picking England’s best bowler, Rashid, too. Not only do England have a problem working out how many runs they need to score against a top-class wrist-spinner in order to stretch a world-class batting line-up, they also need to work out how they’re going to string a few dots together against them.

They may not need to find the answers over the next two games, but they will certainly need them before next year’s World Cup.