With just 31 defeats in 118 matches, India since July 11, 2017, when Ravi Shastri was appointed as head coach for the first time, have been one of the most successful teams in world cricket.

Under Shastri, India have held on to the ICC World No.1 Test ranking with an iron grip, registered a famous series win in Australia earlier this year, and won the ICC Test Championship mace for the third successive year in April. All that alongside winning numerous bilateral series and multi-nation tournaments, including the Asia Cup in 2018, and making the semifinal of the 2019 World Cup in England and Wales.

That’s not to say that everything has been hunky-dory, though. While the highs have outnumbered the lows, there remain areas that need a serious look-in as the team braces for a new era, underpinned by the launch of the World Test Championship.

With Shastri back in charge, following his reappointment on Friday, August 16, we look at five areas in need of remedies.

Finding the next long-term ‘keeper 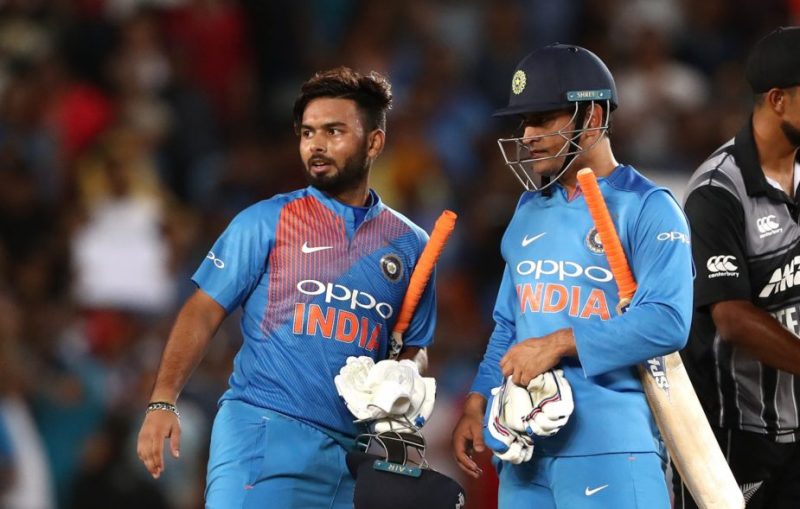 With MS Dhoni on sabbatical and Wriddhiman Saha on his last legs as a Test cricketer, India have some serious head-scratching to do, as they hunt for their next gloveman. Kohli has made no bones about the fact that India’s priority is to find a candidate who is a wicketkeeper first and a batsman next. Saha fit that mould perfectly, with his old-school but world-class technique. The problem? The next generation is replete with batsmen-keepers.

Rishabh Pant seems to be the most obvious candidate. The 21-year-old Delhi cricketer has already had a terrific rookie year in Test cricket, highlighted by centuries in England and Australia. However, his ‘keeping is still a work in progress.

In the limited-overs formats, he has had some solid outings at the highly contentious No.4 position. But Pant post-World Cup has had middling returns in the West Indies. Shastri has said that Pant needs to learn to close out games, but that would require some toning down of an easily excitable 21-year-old.

A sedate batsman himself, Shastri has the experience and the temperamental nous to guide the youngster. But most importantly, it’s how he helps Pant find the balance between caution and aggression, a trait he has for long encouraged his players to show, that would determine if Pant can reach his potential.

Solving the No.4 puzzle

This has been one of the most long-drawn-out chapters in Indian cricket history. Since the start of 2017, India have trialled 13 players at the much-maligned position – more than any other team in this period. And yet, their average of 33.85 is only better than that of Australia among the top eight nations in the world.

While who makes the XI is entirely the skipper’s decision, Shastri’s role would be to help him identify the candidates that best comply with the team’s vision, lay down clearly-defined roles, and counsel the players to get rid of the fear of failure

The absence of a reliable No.4 has been telling, spelling out the gulf between India’s world-beating top three and the rest of their order. It has hurt them at critical junctures in the past, most notably in the 2017 Champions Trophy final and, more recently, in the semifinal of this year’s World Cup.

While who makes the XI is entirely the skipper’s decision, Shastri’s role would be to help him identify the candidates that best comply with the team’s vision, lay down clearly defined roles, and counsel the players to get rid of the fear of failure. It is also the management’s job to reassure the player that they back him to get the job done from any situation – whether that be going out in the second over or the 40th. 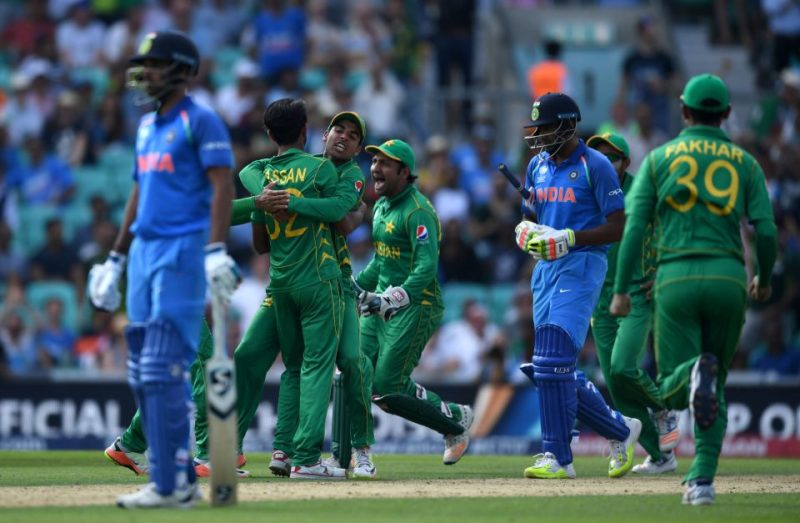 Despite their blazing form, India have consistently faltered in big matches over the last five years

India’s defeat to New Zealand in the World Cup semifinal is emblematic of a larger problem that has spanned the last five or so years. Starting from the 2014 World T20 final, which they lost to Sri Lanka, India have routinely faltered when it has mattered the most.

Overwhelmingly, the pattern has been similar. On each of those occasions, India went into the games on the back of some blazing form. On many of those, they were the favourites to win. And in the latter two, their top order failed, exposing the rest of the line-up.

Strip away these one-off performances and India have consistently been among the world’s most unstoppable teams. Nonetheless, the performances, rare as they may be, do add up and it can only be so long before such failures start raising eyebrows.

Shastri has overseen three of those defeats – in 2015 and 2016 as team director, and in 2019 as head coach. Ahead of his second stint, Shastri’s principal role would be to formulate strategies to manage crises. Can he and the rest of the team management create a solid back-up plan if the top three fail? Most importantly, they will need to develop a talent pool deep enough to insure them even if the batting core suffers a collective meltdown. 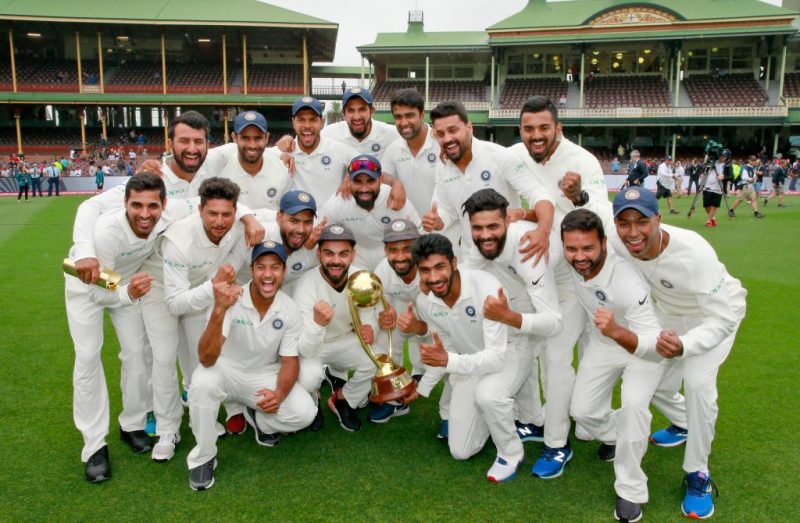 This is the detractors’ favourite criticism, but one that is true nevertheless. Since the start of 2011, no team has lost more overseas Tests than India (23).

Take out the Border-Gavaskar Trophy win earlier this year, and India’s last triumph in Australia, England, South Africa or New Zealand came a decade ago, when they beat New Zealand 1-0 in a three-Test series.

In the interim period, India have fought sometimes – as they did in England last year – and lost miserably at others – as they did when they were swept 4-0 by England and Australia in 2011-12 – but the end result has invariably been a mixture of disappointment and heartbreak.

India haven’t been alone in this trend. Increasingly over the past decade, teams have become poor travellers. That, however, is no justification for a team ranked No.1 in the world, and which, according to Shastri, is among the greatest he’s seen.

Kohli has had a notorious reputation of chopping and changing as captain, but it will be Shastri’s responsibility to guard against volatile changes and white-knuckle decision-making

Much of India’s issues on these tours has had to do with the mental and psychological aspect than anything skill-related. Kohli has had a notorious reputation of chopping and changing as captain, but it will be Shastri’s responsibility to guard against volatile changes and white-knuckle decision-making, and serve as a reassuring presence during tough times.

The Kohli and Rohit power balance 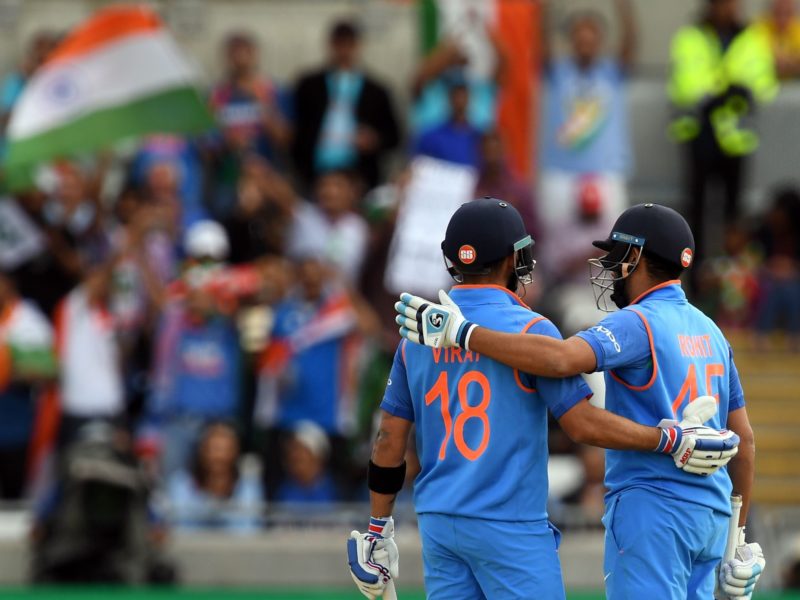 Recent reports of the BCCI contemplating a split-captaincy system have been negated as Virat Kohli continues to hold the mantle in all three formats. Nevertheless, this is a door that needs to be kept open.

Apart from holding the most high-profile job in world cricket, Kohli is undoubtedly India’s top batsman across formats. With great responsibility, though, comes great lassitude. Despite being widely recognised as one of the world’s fittest cricketers, Kohli has already come out in the open and admitted that the workload is starting to take a toll on his body.

At 30, Kohli presumably still has a few more years left in him, but if he has to maximise his time in the international game, then easing off some of the load is non-negotiable.

Besides, the reports had indicated that Rohit would take charge of the T20 side, while Kohli remains in control for the longer formats. Rohit is a proven T20 captain, being a record four-time IPL champion, an honour that has eluded Kohli to date.

The Shastri-Kohli tandem remains intact as of now, but the split captaincy is a debate that will doubtless rear its head again. And irrespective of his relationship with the incumbent, Shastri will have to be proactive at driving the change towards both better workload management, and the creation of more streamlined and specialised pathways for success in each format.