Trevor Bayliss seems safe, Joe Root isn’t going anywhere, so in the spirit of blame and recriminations, let’s instead see whether it’s worth pointing our pitchforks at England’s selectors, says Alex Bowden.

There’s much talk about planning for the next tour of Australia at the moment – just as there was four years ago. It’s therefore instructive to look at just how many new Test players have been identified since the end of 2013. Perhaps this will give us some idea what we can expect in the next four.

It’s a good period to scrutinise, not just because it comprises one complete home-and-away Ashes cycle, but also because England’s previous national selector, Geoff Miller, stood down at the end of 2013 after seven years in the job.

During his tenure, England won the Ashes three times, claimed their first major one-day trophy and became No.1 in the world in both the Test and one-day forms of the game. He was replaced by James Whitaker, who is currently aided by Angus Fraser and Mick Newell. 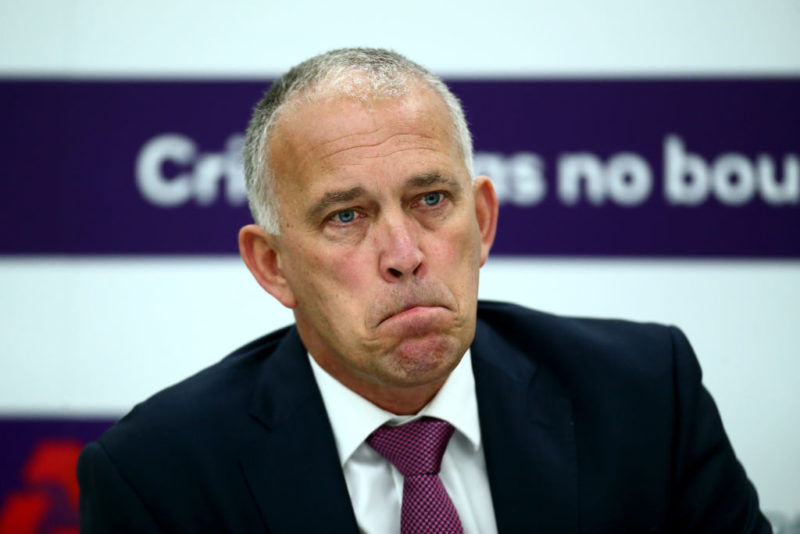 The last man to make his debut in 2013 was Ben Stokes and that Ashes series then petered out in Sydney with Gary Ballance, Boyd Rankin and Scott Borthwick all making their debuts.

Let’s take a look at how many Test regulars the selectors have found since then.

Of those, the first can legitimately be considered a Test success. Even if Moeen’s recent form has been poor, then one way or another – whether as opener, frontline spinner or specialist No.8 batsman – he has remained a mainstay of the side. 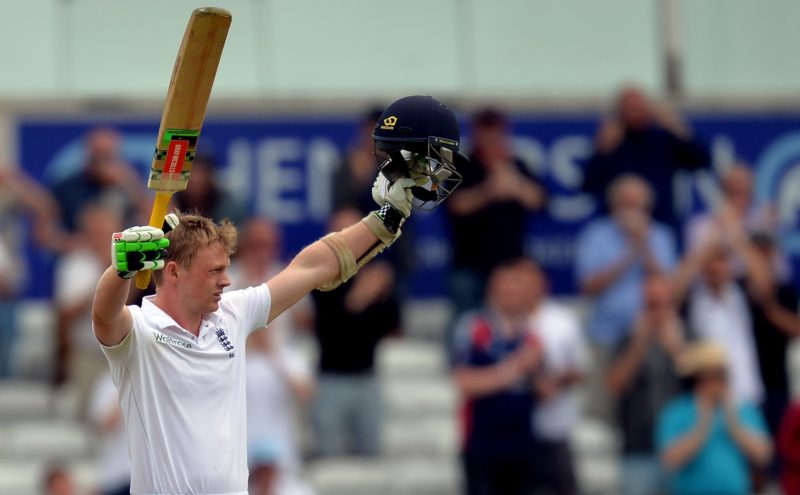 For his part, Robson diminished his way through seven Tests, while Jordan and Buttler have found themselves increasingly detached from the longer game – at least partly thanks to a schedule which effectively pits the various formats against one another.

2015 brought us Adam Lyth in the role of Sam Robson, plus additional debuts for Mark Wood, Adil Rashid and Alex Hales.

Hales has gamely tried to make the most of whatever first-class opportunities he has had, but like Jordan and Buttler seems caught in the gravitational pull of limited-overs cricket, whether he actually wishes to specialise or not. Wood might perhaps become a Test fixture should his body permit, while Rashid I believe we’ve covered.

With few open Test slots having been filled in the previous two years, there were a greater number of routes into the team by 2016. This meant that seven new players were selected that year. 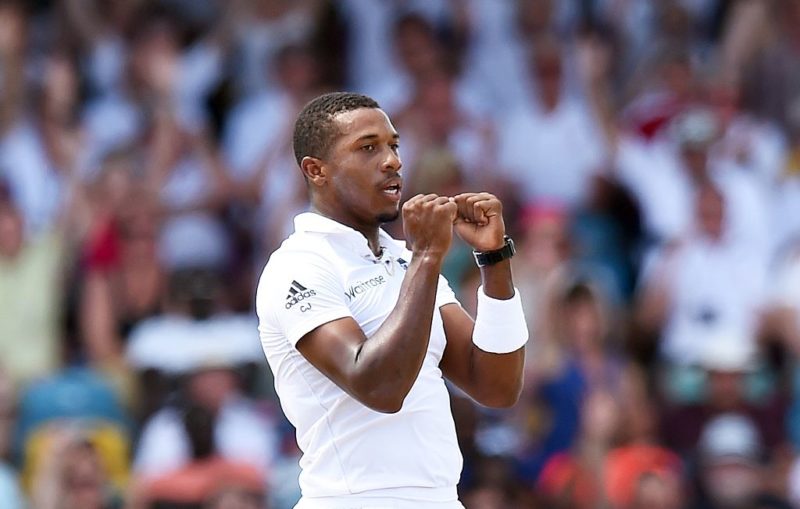 Chris Jordan, among others, appears to have come and gone as a Test player

To round things off, last year brought us Dawid Malan, Toby Roland-Jones, Tom Westley, Mark Stoneman, Craig Overton and Tom Curran. Mason Crane has of course appeared since then, while Liam Livingstone has now made his way into the Test squad for the first time.

So, if you were feeling generous, you’d give James Whitaker’s selection team Moeen Ali, Mark Wood and Dawid Malan out of the 22 names I’ve just listed – with the obvious disclaimer that some of the more recent debutants may yet hang around (although whether they should is perhaps another question that could be put to the selectors). 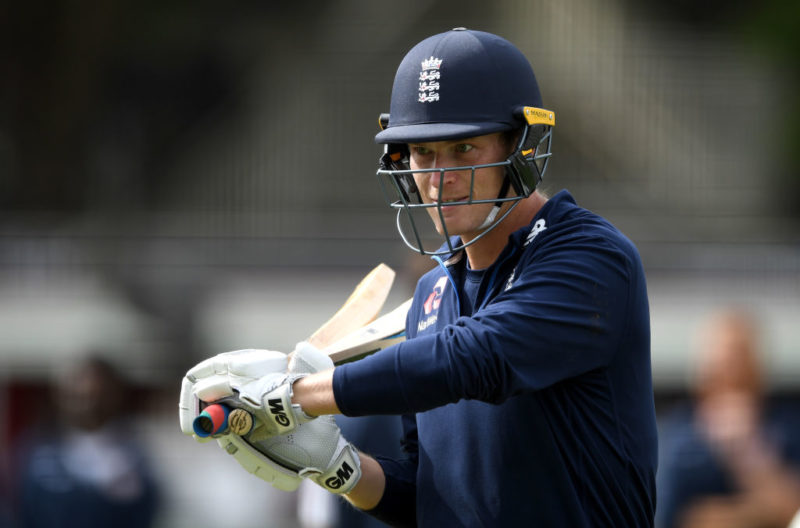 Tom Westley impressed initially but was jettisoned for the Ashes tour

Slice and dice it how you wish, certainty seems thin on the ground. These selectors don’t get through much ink and I heard a rumour that Keswick Pencil Museum was planning on dedicating a whole display to their excessive consumption.

By way of comparison, let’s pick out some names from the 22 debutants selected leading up to that triple-debut Sydney match of 2014 (a fixture I’m sure you’ll agree warrants exclusion on grounds of sheer freakishness.) That list includes Stuart Broad, Graeme Swann, Jonathan Trott, Jonny Bairstow, Joe Root, Chris Woakes and Ben Stokes – seven mainstays to whom you could also add a worthy support cast of Tim Bresnan, Graham Onions, Steven Finn and James Taylor.

Even if you go back to the Nineties, it’s actually quite hard to find a run of 22 debuts in which the selectors panned less gold than they have done in the last four years

Even if you go back to the Nineties, it’s actually quite hard to find a run of 22 debuts in which the selectors panned less gold than they have done in the last four years. The closest I could manage was a spell in which only Mark Butcher and Ashley Giles went on to play more than 50 Tests. However, even that run of selections also brought us the likes of John Crawley, Dominic Cork, Alan Mullally and Dean Headley alongside the likes of Alan Wells, Simon Brown and Mike Smith.

But is it the selectors’ fault? It’s worth asking whether we are seeing poor selections or simply the lack of any viable options. Perhaps it is a little of both, with the latter compounding the former.

Many believe the English domestic game has been unusually short on rapid bowlers and quality spinners in recent years, with a consequent lack of experience facing such things among batsmen. There may be some truth in this, but looking at some of the transients who have passed through the Test team in recent times, there seems another fundamental issue with the county ecosystem which may feed into this: many wannabe Test players are being almost inadvertently annexed by England’s limited-overs teams.

Most of England’s one-day stars have never at any point explicitly stated that they are surrendering their Test ambitions. It is just something that happens by stealth as the player in question pursues the path of least resistance.

This year England’s finest limited-overs players missed a raft of first-class matches to play not just the IPL, but also for England in the Champions Trophy. More England one-dayers followed later in the season, and over the winter they are again playing for England or for T20 sides. When these players are available for County Championship matches, they are often rested or excluded as someone else has taken their place and done little to warrant being dropped.

The idea that first-class cricket is the default option and players renounce it to pursue lucrative T20 careers seems largely erroneous. At a certain level of success, this is just the world in which a successful male English white-ball cricketer finds himself.

His playing schedule is shaped by England’s schedule and by the opportunities that logically present themselves as a result of this. First-class experience becomes something he must actively, consciously seek out.

You could argue that a growing issue for the Test team is not so much a lack of good players, as a lack of opportunity for many good players to gain the experience needed to become very good.

Whether the selectors could do more to give them that experience is another question that could be put to them, but they too are battling their environment. The fact that different international priorities are vying with one another for priority is perhaps the real issue here and it is one that has only grown in recent years.