Not many were talking about G Hanuma Vihari on Wednesday, August 22 when India announced their squad for the last two Tests against England. Most of the excitement, understandably, centred on Prithvi Shaw, who seems destined to be the next big thing in Indian cricket.

But while Shaw is a prodigy who seems to be on the fast track to the top, Vihari is that other specimen of cricketer – the 24-year-old has had to put in the hard yards, notch up big scores consistently to remain atop selectors’ lists, and has a game that is less flamboyant, more durable.

He’s earned his call-up through sheer weight of runs, and could very well make the No.3 spot his own in the years to come.

Here are some things you need to know about Vihari:

He is better than Steve Smith …

… at least in terms of first-class averages. Vihari has a first-class average of 59.79. That is, simply put, the best among active cricketers anywhere in the world. Smith comes next, at 57.27, and Virat Kohli and Cheteshwar Pujara are at 53.97 and 53.94 respectively.

It is no fluke either. Vihari has already played 63 first-class matches, and the 5142 runs he has racked up came mostly via 15 centuries and 24 half-centuries.

Find out more about Hanuma Vihari, India's newest Test call-up and the man with the highest first-class average of any active player.

He is vastly experienced

At 24, Vihari still has his peak in front of him. But, quite happily for India, he is also quite experienced. He made his first-class debut back in 2010, as a 17-year-old for Hyderabad, and was part of India’s Under-19 side that won the World Cup in 2012.

He was also picked up by Sunrisers Hyderabad, and has played 22 IPL games so far, although he is yet to make his mark there, and last featured in the tournament in 2015.

Vihari has, however, turned that into his favour. His spent the summers of 2014 and 2015 in England, playing league cricket for Hutton CC in the Shepherd Neame Essex First Division League.

In an interview with Cricket Next recently, Vihari explained his idea of batting. “I have always had the hunger of scoring big runs but once you have that maturity and experience and exposure then you tend to have more confidence within yourself and that is what has helped me.”

In the last Ranji Trophy season, Vihari scored 752 runs in just six matches, at a brilliant 94. That tally included his maiden triple century, a career-best 302* against Odisha. Then, in the Irani Cup in March, he scored a gritty 327-ball 183. He likes big numbers.

He has done well in England 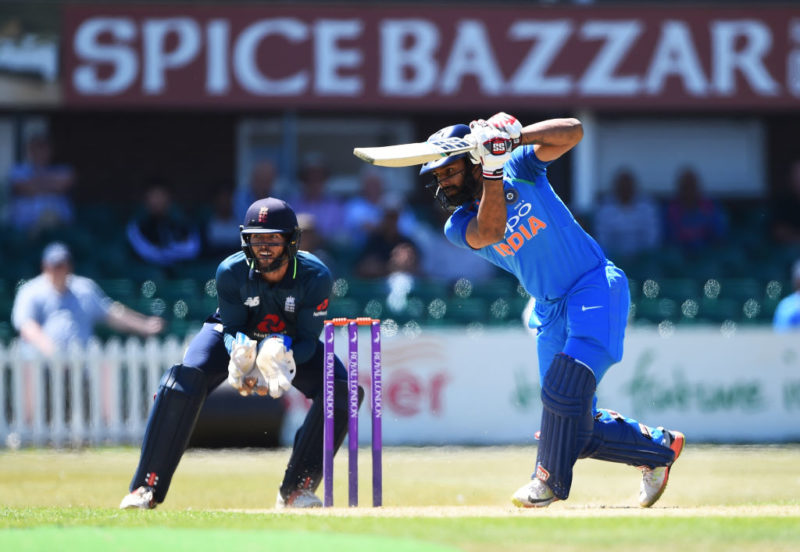 After being named in the India A squads for both the tri-series and the four-dayers in England – the first hint that the national selectors had their eyes on him – he made the most of the opportunity.

He finished as the third-highest run-getter in the 50-over tri-series matches, after totalling 253 runs in three innings with a best of 147 against West Indies A. He also scored a 68 in the first-class match against West Indies A in Taunton, helping the side chase down a tricky 321-run target.

Then, after returning to India, he scored a match-winning 148 against South Africa A in Bangalore. 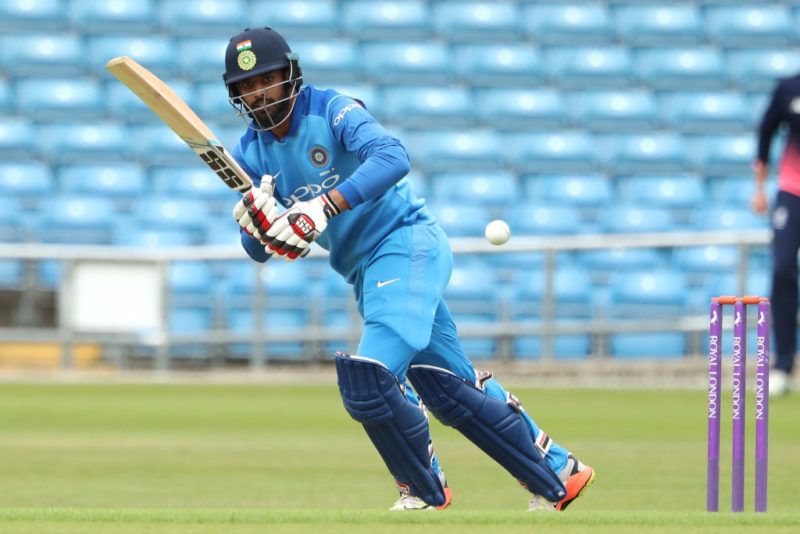 Vihari is a player who likes to stay in the crease and bat long, in the mould of a Pujara.

Sanath Kumar, the bowling coach of India’s U19 and A teams, has watched Vihari closely over the last few years.

“His discipline to leave and eliminate those extravagant drives got him the runs,” he told ESPNCricinfo. “If you purely go by the numbers, many others may have outscored him, but in terms of quality, he was right up there.”

This ability to stick around was on display in that Irani Cup match against Vidarbha, when he put on 216 runs with Jayant Yadav for the seventh wicket, and batted long with the tail.