The 14th edition of the Asia Cup, featuring Afghanistan, Bangladesh, Hong Kong, India, Pakistan and Sri Lanka, will begin in the United Arab Emirates on September 15.

The inaugural edition of the tournament, now entering its 14th chapter, was hosted in the same part of the world 34 years ago.

History of the Asia Cup

The Asia Cup was started by the Asian Cricket Council (ACC) to promote the game and expand goodwill among Asian nations. Former BCCI president, NKP Salve, was elected as the first chairman of the ACC in 1983.  He helped organise the first edition of the tournament the following year – a pivotal step in the rise and spread of Asian cricket.

The Asia Cup is now a biennial tournament under the purview of the ACC, which is now contested between the five full members of the region (Afghanistan, Bangladesh, India, Pakistan and Sri Lanka) and a qualifier. This time, it’s Hong Kong, who got past the other contenders to book their berth after a qualifying tournament.

Who are you backing to go all the way? pic.twitter.com/cH8G6UZ6h2

The champions down the years

The 1984 edition of the tournament was hosted in Sharjah with India, Pakistan and Sri Lanka as the participating nations.

It was a robin-round tournament, which consisted of three 50-over games, where each country played the other once. India beat both their opponents, thus winning the inaugural Asia Cup. India wicket-keeper-batsman Surinder Khanna hit two half-centuries to score 107 runs in two low-scoring games to clinch the Player of the Tournament award.

The 1986 competition was contested between Sri Lanka, Pakistan and Bangladesh after India withdrew from the tournament citing political tensions with the host nation, Sri Lanka.

It followed a slightly different format as compared to the first chapter, wherein a final took place after the three robin-round matches. It was won by the hosts following a five-wicket victory over Pakistan, courtesy a 55-ball 57 from Arjuna Ranatunga.

All time highest run scorers in the Asia Cup

India joined the three participating nations from 1986 in 1988, and clinched their second title in the tournament played in Bangladesh. Ranatunga’s Sri Lanka and Dilip Vengsarkar’s India made it to the final, which the latter won by six wickets.

Half-centuries from opener Navjot Singh Sidhu and the captain saw India chase down the target of 177 in just 37. 1 overs, thereby winning the encounter with relative ease and making it two in two appearances.

India completed their hat-trick of Asia Cup triumphs in early January 1991, when they also hosted the tournament for the first time. Pakistan pulled out of the tournament due to strained relations with India and thus the number of participating nations were brought down to three. 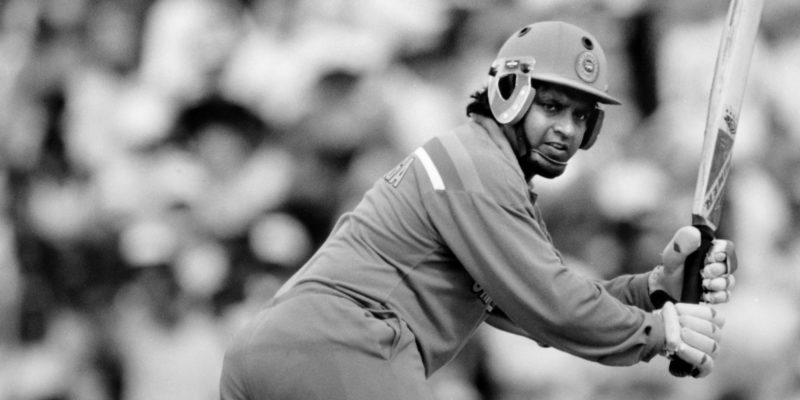 India and Sri Lanka played for the trophy at Eden Gardens on January 4, and the home side successfully completed a chase against their southern neighbours in consecutive Asia Cup finals, securing their third title with a seven-wicket victory.

The Asia Cup returned to the UAE for its fifth edition. Pakistan were back in the fray this time, thus making it a four-nation tournament once again.

India continued their dominance, though, winning their third title on the trot and fourth overall. Again, they beat Sri Lanka in the final and, again, underscored their expertise in a chase with an eight-wicket win. Sachin Tendulkar was adjudged the Player of the Tournament for scoring 205 runs in four games, which also included a century in the group stages.

Sri Lanka got the opportunity of hosting the Asia Cup for the second time in 1997 and made it all the way to the final, where they faced India in the final once more – this time, they found a way to come out on top too, winning by eight wickets.

Seven robin-round matches were played between the four participating nations. Sri Lanka went unbeaten through the tournament, winning four matches in a row to claim their second trophy. Indian opener Navjot Singh Sidhu won the Player of the Tournament.

The seventh edition of the tournament was hosted in Dhaka in Bangladesh and we got a new champion in Pakistan, who beat Sri Lanka in the final by 39 runs.

With 295 runs in four innings, Mohammad Yousuf, then Yousuf Youhana, was the highest run-scorer of the tournament. Abdul Razzaq, on the other hand, claimed the most wickets – eight. In the final, Pakistan reached 277-4 in 50 overs and put up a disciplined bowling display to bundle Sri Lanka for 244.

The Asia Cup returned to Sri Lanka for the third time for its eighth edition and the title was clinched by the home side as they beat India in the final by 25 runs. The number of participating nations had increased from four to six by then, as associate nations Hong Kong and UAE were included for the first time. 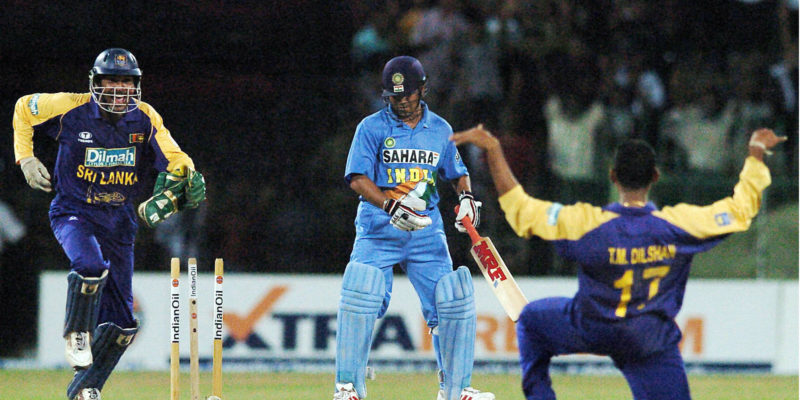 The competition had two groups in the robin-round stage for the first time, and Sri Lanka and India topped their respective groups to make it to the final before Sri Lanka clinched the trophy.

This was the first time the tournament was hosted in Pakistan, with the same participants as in the 2004 edition. Bangladesh, Sri Lanka and UAE were drafted in Group A, while Group B had India, Pakistan and Hong Kong.

Related Story: India v Bangladesh: Is there an edge to this subcontinental rivalry? Yes & no

Sri Lanka won the tournament to tie with India for the most number of titles – four each. This time, they batted first in the final against India, winning the match comfortably by 100 runs.

India were back to winning ways in the tenth edition of the tournament, when MS Dhoni led the team to his first Asia Cup title. The competition, played in Sri Lanka, was contested by four participants as only Test-playing nations were included in the mix for a change. 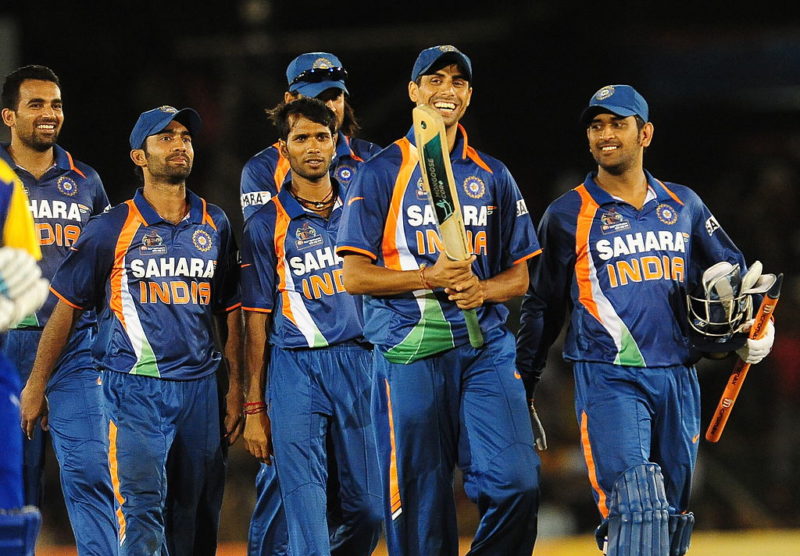 India and Sri Lanka played their ninth Asia Cup final in Dambulla, where Dinesh Karthik powered India to victory with a match-winning knock of 66 from the top of the order. Ashish Nehra returned figures of 4-40 in his nine-over spell to break the spine of the Sri Lankan batting order as India romped to an 81-run win.

China were interested in hosting the 2012 Asia Cup in Guangzhou before the ACC chose the more conservative option and allocated the rights to Bangladesh. Pakistan won the tournament after securing a two-run victory in a thriller against the hosts in the final even as Shakib Al Hasan was declared the Player of the Tournament for his all-round performances. 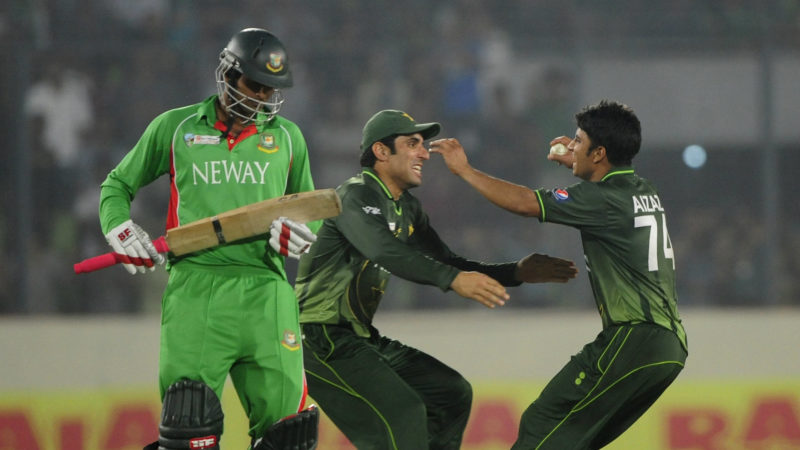 Bangladesh lost to Pakistan in the 2012 Asia Cup final

The 11th edition of the tournament saw the highest individual score registered in the Asia Cup, when Virat Kohli slammed his highest ODI score – a 148-ball 183* against Pakistan in Dhaka. Tendulkar also scaled a personal milestone in the competition and notched up his 100th international century against Bangladesh in the group stages.

Afghanistan’s first appearance in the Asia Cup was in its 12th edition, when they entered the tournament as an associate nation, joining the full Test members as the fifth participant.

Sri Lanka were crowned champions after their five-wicket victory over Pakistan in the final of the tournament in Mirpur on March 8, with Lahiru Thirimanne scoring a century in the chase, while Lasith Malinga notched up a five-wicket haul to take Sri Lanka to their fifth Asia Cup triumph.

The last edition of the Asia Cup was the first to be played in the T20 format keeping in mind the upcoming World T20 – the general understanding is that the format will change based on the format of the next world event. Five teams participated in the 13th edition, with UAE trumping Oman in the final of the qualifying tournament – also contested by Afghanistan – to fill the final spot. 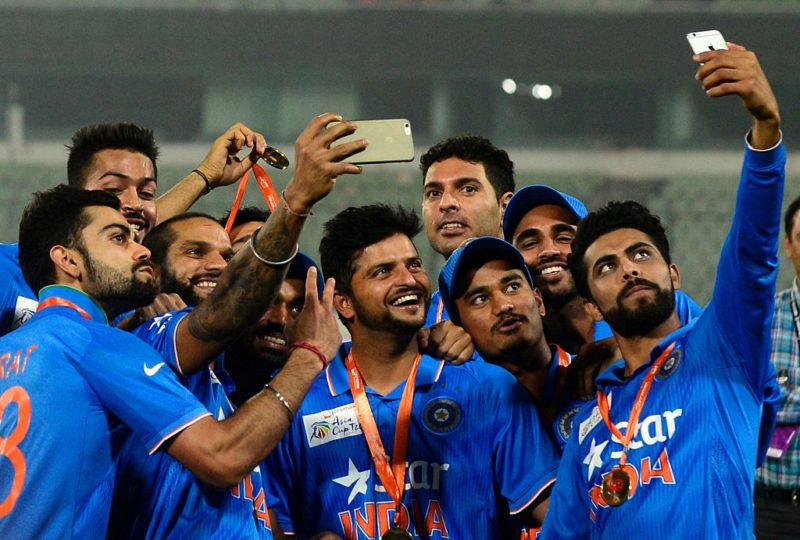 India won their sixth Asia Cup title after beating Bangladesh by eight wickets in the final in Dhaka. With the victory, they became the most successful team in the history of the tournament.