Bangladesh may have improved over the years, but they continue being bested in their Test encounters against India. While the younger Test nation might be desperate to get the better of their neighbours, for India, the rivalry is decidedly less intense.

India have won seven of the nine Tests between these sides, securing innings victories twice. The best Bangladesh have managed in that time are two draws. It’s all made for some incredible individual performances from the Indians, and brave displays of grit and determination from the Bangladeshis.

Ahead of the latest chapter between the sides, which begins in Indore on Thursday, November 14, we take a look at the best of these performances. 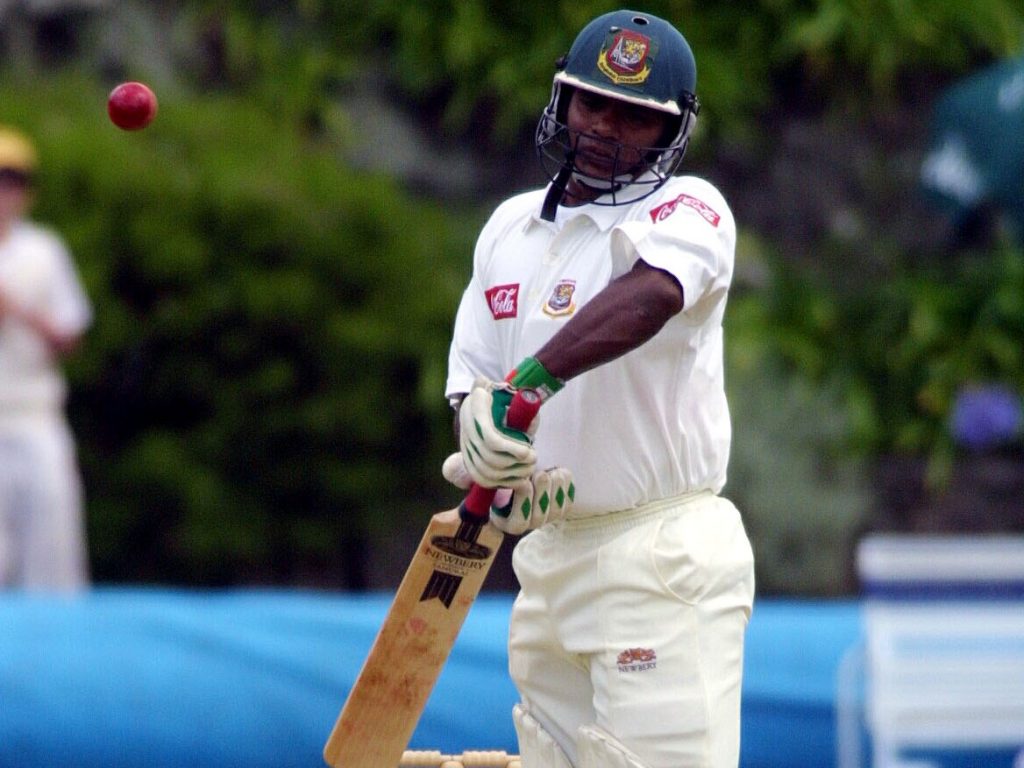 In Bangladesh’s first-ever Test, it was fitting that Aminul Islam was their star

It was Bangladesh’s maiden Test – they became the 10th Test team when the coin was tossed in Dhaka – and Aminul Islam, a celebrated cricketer in the country in the pre-Test era, fittingly became their first Test centurion. Remarkably, Aminul had very little first-class experience.

He was in the middle for nearly nine hours, and after walking in at 44-2, he boosted the score to 385-9 by the time he was dismissed. His 145 came off 380 deliveries, and comprised 17 fours. To top it all, it came against a quality bowling line-up comprising an experienced Javagal Srinath, and the young pace duo of Zaheer Khan and Ajit Agarkar. Sunil Joshi’s wily left-arm spin was Bangladesh’s greatest threat in that Test. Aminul defied them all.

His score at the time was the second-highest on debut since Charles Bannerman’s 165 for Australia in the first official Test. It ensured Bangladesh could post a tricky 400 in the first innings. Despite that, India won by nine wickets, but his efforts helped Bangladesh announce their arrival at the Test stage in style. 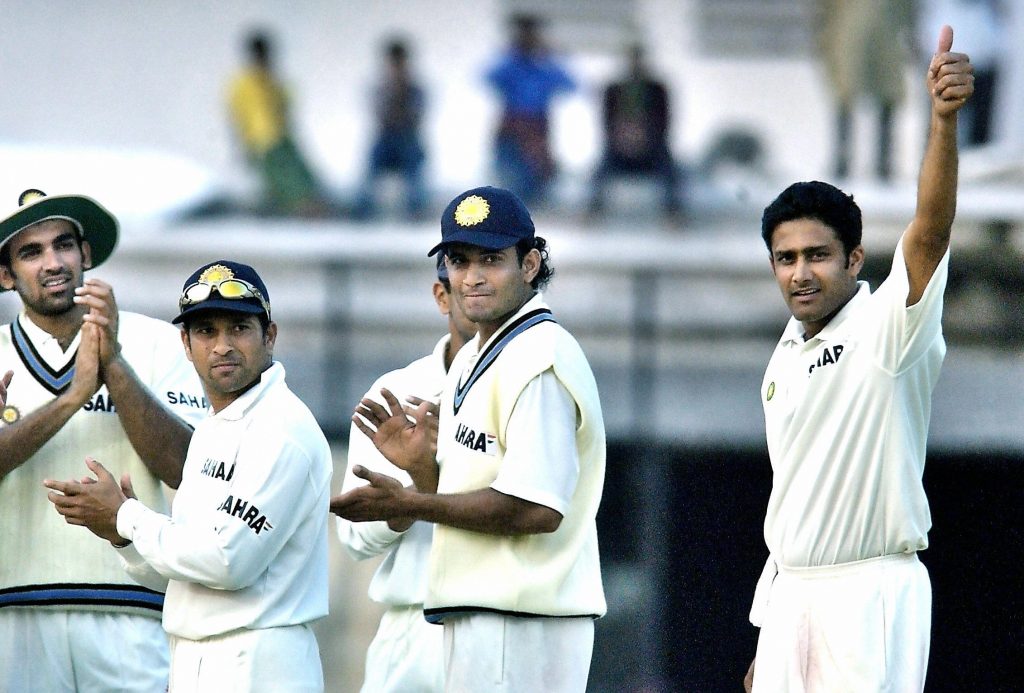 Irfan Pathan was the big hope for India, and he looked the part against Bangladesh

The first Test of India’s 2004 tour of Bangladesh is usually remembered for Sachin Tendulkar’s 248* and Zaheer Khan’s wildly exciting 75 – at the time, the world record for the highest score by the last man. However, the real star, and the real source of excitement for India at the time, was Irfan Pathan.

It came bang in the middle of those heady times when India seemed to have found an answer to their long-standing search for a successor to Kapil Dev – a pace-bowling all-rounder good enough to be a specialist with both bat and ball. Unfortunately for Pathan, his career faded away all too sadly, but at the time, this was special.

Pathan took 11 wickets in the match. His 5-45 in the first innings bundled out Bangladesh for 184. And after Tendulkar, Zaheer and the others combined to help India post 526 in response, Pathan was at it again. He ran through five of the top six Bangladeshi batsmen, and added a lower-order scalp to his tally to end the innings with 6-51. Bangladesh were bundled out for 202, and India had an innings-and-140-run victory. 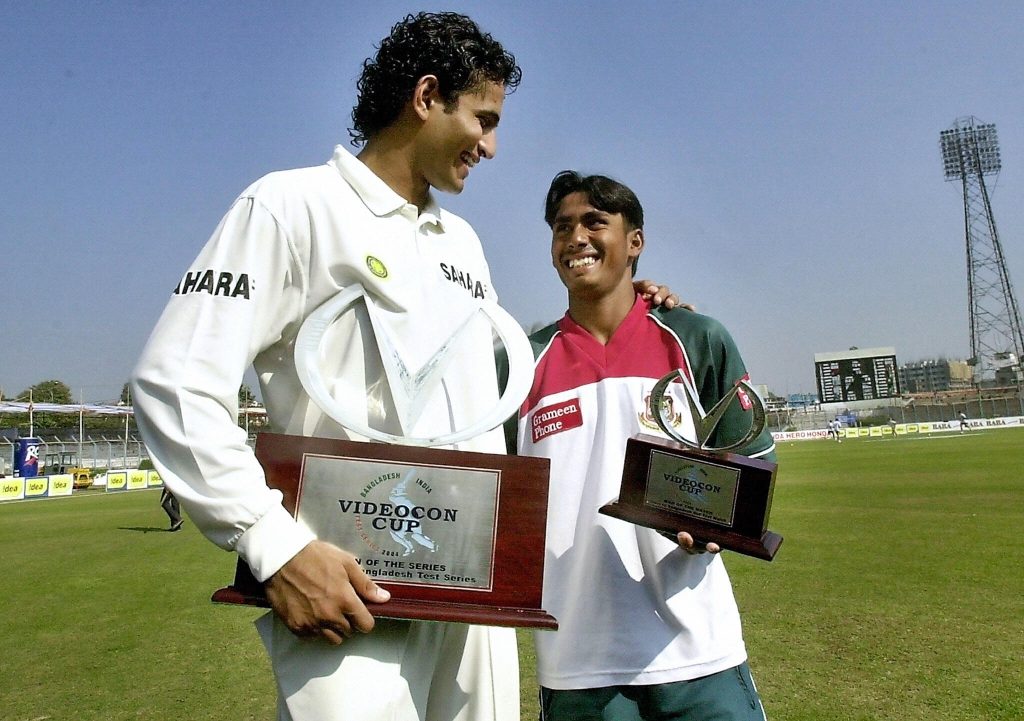 It was a mark of India’s dominance that, despite Mohammad Ashraful scoring a fine 158* and helping Bangladesh post 333 in the first innings, they still had to follow on. With centuries from Gautam Gambhir and Rahul Dravid, and Sourav Ganguly scoring 88, India had posted 540 in their first innings. Bangladesh’s immediate task was to avoid following on, but that looked decidedly unlikely when they were reduced to 54-3.

Related Story: Coronavirus forces BCB to restricts T20I ticket sale to ‘one ticket for one person’

However, Ashraful then sealed up one end and went about frustrating all of Pathan, Zaheer Khan, Anil Kumble and Harbhajan Singh. Aftab Ahmed provided steady support, and he gradually helped pushed the total past 200 and then 300.

The wickets, however, kept falling and for all his efforts, he was left stranded on 158*, having just failed to avoid the follow on, but that shouldn’t stop the knock being appreciated – it came off just 194 balls, and comprised 24 fours and three sixes. He later said he was “disappointed I could not help my team,” but India captain Ganguly was willing to recognise his knock even if the man himself wasn’t – “Ashraful played the best innings of the series,” said Ganguly. 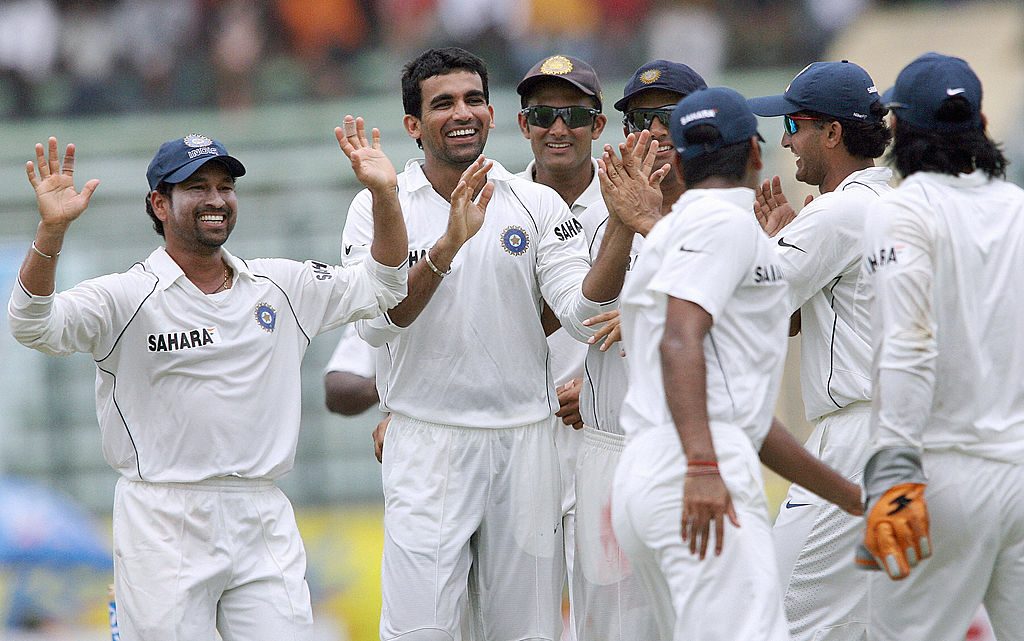 Zaheer Khan starred in a match dominated by India batsmen

This wasn’t a particularly memorable Test. India were utterly dominant, with all of Dinesh Karthik, Wasim Jaffer, Rahul Dravid and Sachin Tendulkar scoring centuries, followed by a 50-ball 51* from MS Dhoni as the visitors posted 610-3 declared in their first innings.

Thereafter, it was a question of if and how much damage their bowlers could do, and that’s when Zaheer Khan made things memorable. Zaheer always knew when to go for the kill, and how to go about it. He went after the Bangladesh bowlers from the minute he was allowed to, and 5-34 in 10 overs comprised the scalps of four of the top six Bangladeshi batsmen.

It helped bundle out Bangladesh for 118 in the first innings, and two more top order wickets followed in the second innings, as Bangladesh were restricted to 253. India had another innings win against their rivals. 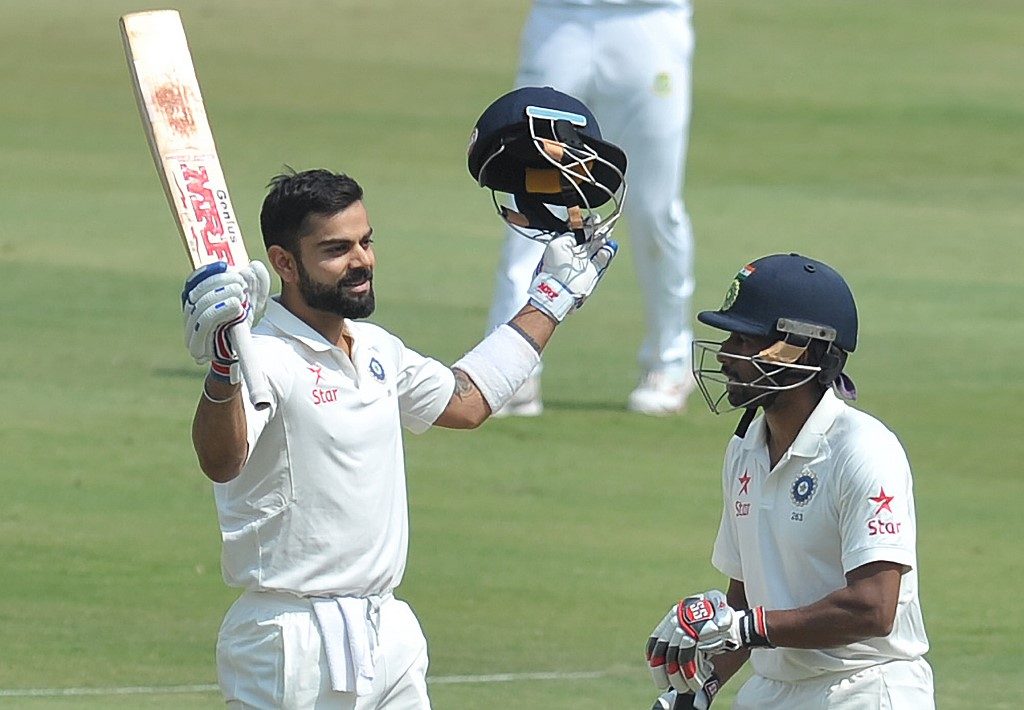 Bangladesh felt the full force of peak Virat Kohli in Hyderabad. Kohli hammered a 246-ball 204 against them in 2017, and coupled with centuries for M Vijay and Wriddhiman Saha, Bangladesh conceded a first innings total of 687-6 declared.

This had all the hallmarks of a typical Kohli innings. Crisp driving, intelligent on-side play, and the mark of his dominance was just how quickly he brought up the double century, with his strike-rate of 82.92.

A sneak peek into the @imVkohli interview after his record-breaking double ton. Watch full version on https://t.co/Z3MPyeKtDz. #INDvBAN pic.twitter.com/5hcb0Qh2iV

It was a time when Kohli had developed a liking to double centuries – the knock against Bangladesh was his fourth in just eight months, and at times, even some of the Indian fans felt sorry for the Bangladesh bowlers. India were ruthless, opting to bat a second time to set a target of 459.

They eventually won by 208 runs, with Kohli the captain matching Kohli the batsman, as he became the first Indian skipper to lead the side to 19 consecutive Tests unbeaten.

This article was brought to you by SportNation Bet.