As England’s jam-packed winter kicks off with five T20Is against New Zealand followed by a brace of Test matches in November, Phil Walker considers the team’s direction of travel, and why Saqib Mahmood and Matt Parkinson have to be a part of it.

England’s first Test squad of the winter is a radical slab of populist experimentalism. With seven of them aged 24 or under, Joe Root has made clear that he wants “certain elements” in his team which could be “crucial to winning down there”.

No prizes for guessing which part of ‘down there’ he’s talking about, for only in the dirt and heat of another Ashes can his true identity as a captain reveal itself.  Acutely, he knows this; he also has a much clearer idea – having ended the last one on a drip in a Sydney hospital, shattered after two months of remorseless yakka – what he’s going to need next time. 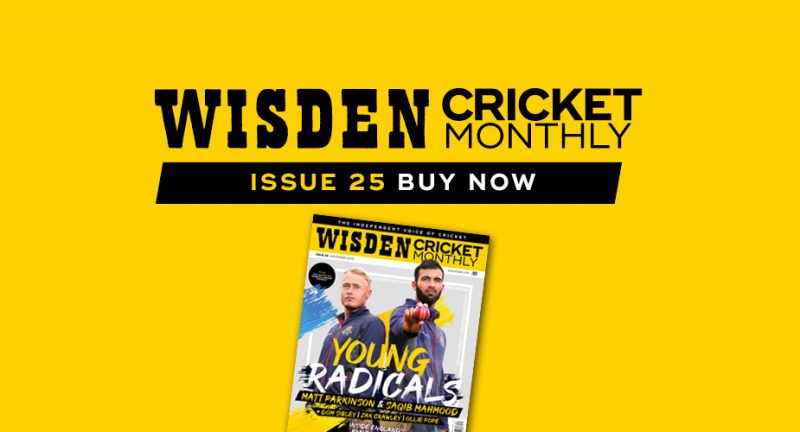 So it makes the Test squad for these New Zealand games very interesting. Root knows that outright pace and wrist spin are the best ways through the portcullis of an Australian top six, so he’s gone asking for them; and having acquired through grim experience the knowledge that only sound accumulators of time and runs will do with the bat, he’s collared a few of those too.

In Dominic Sibley, then, and the phenomenal Ollie Pope, England have called up the two most adhesive top-tier English batsmen of last season. In Zak Crawley – tall, willowy, brilliant on the pull – they’ve gone for a little magic. And in the Lancashire duo of Matt Parkinson and Saqib Mahmood, they’ve turned to the two most exciting bowlers in the county game.

Both are already top-class white-ball bowlers with formidable records. Mahmood reckons that Parkinson is the best white-ball bowler in the country. As for Mahmood himself, he has the intelligence and game-sense to adjust from the white ball to the red one without sacrificing his threat. Oh, and he’s quick; perhaps not Jofra quick, but quick enough. 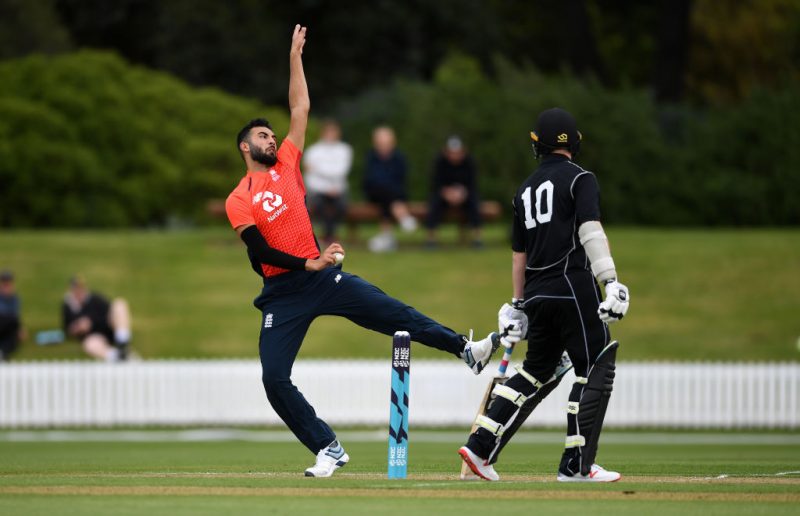 The two go way back. Now both 22, they’ve played age-group cricket for Lancashire together since under 13s, though they actually met each other before that, first locking horns in a district game where Mahmood hit Parkinson for six. (“Yeah, still took five wickets for 10 though, didn’t I?”) That game, between Rochdale and Bolton under 12s, was the first thing they wanted to talk about when WCM met them at Old Trafford for this month’s cover story.

They are both in their own way cricket tragics. (Curiously, it’s a characteristic of lots of young players coming through.) Throughout our conversation Parkinson’s knowledge of the game’s minutiae and recall of specific scores was always evident, while his technical skills – his control of line and occasion – are preternaturally developed for such a young spinner.

Mahmood is cut from very similar cloth. “My run-up in white-ball cricket is one yard longer than in red-ball cricket,” he revealed at one stage. “It’s because in red-ball cricket I try and stand up taller, and stand the seam upright. My delivery stride in white-ball is slightly longer, so I’m more skiddy. For years I had the same run-up, but I found it was a lot harder to swing the ball away. It’s something I’ve learnt. When I say it to someone it’s the first time they’ve heard of it, when I speak to other bowlers they don’t do it.” 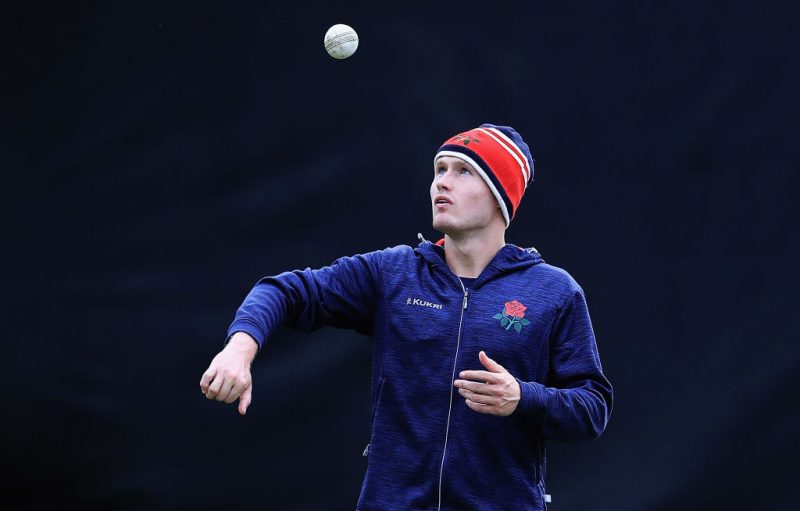 “Now he’s the best white-ball bowler in the country”

Parkinson is the cheeky one, seamlessly maintaining the chutzpah that saw him through a stunning youth career and into the professional game, where his white-ball record is already outstanding and his red-ball stats, albeit from a frustratingly small sample size, are not far behind. (Last season, he had to wait a while to play his first four-dayer; when he did, he took 10 wickets, including 6-22 on day one, to secure Lancashire the game.)

“Matt was always that guy who was getting told off,” Mahmood recalls of them growing up. “But I think it just showed his competitive nature. And even now you see when he gets a pole he’s pumped. He’s always had that to him. It’s the fact that he’s a leg-spinner doing what he’s doing at this age, and he’s been doing it since he was 18. Now he’s the best white-ball bowler in the country.”

Well, perhaps, but Mahmood can’t be far behind. For all that Parkinson was the leading T20 spinner in last summer’s Blast and the third-highest wicket-taker overall, Mahmood was comfortably the most potent domestic 50-over bowler, taking 28 wickets in 10 matches including back-to-back five-wicket hauls. Their actual white-ball records are uncannily similar.

With five T20Is before the Tests, we can expect to see both of them make their international bows in the format they’re most associated with – before the “big fellas”, as Parkinson calls them, join the tour for the Test leg. From there, the dream of a Test debut becomes a genuine reality. With nine Test matches to come this winter, there is plenty of scope for Root to look at two custom-built bowlers with the specific components to make a run at the future.

Matt Parkinson and Saqib Mahmood spoke to Phil Walker in issue 25 of Wisden Cricket Monthly. Read the full interview by picking up a copy here