Batting as a sporting discipline is “as close to unique as you can get” according to former England team psychologist Steve Bull.

Having worked with England from 1997 to 2014 through periods of success and failure, Bull says batting presents the biggest mental challenge in sport.

In many other pursuits, performers have the chance to atone for their mistakes straight away. Andy Murray, for example, surrendered a 40-0 lead as he served for his first Wimbledon title in 2013 before eventually overcoming Novak Djokovic. 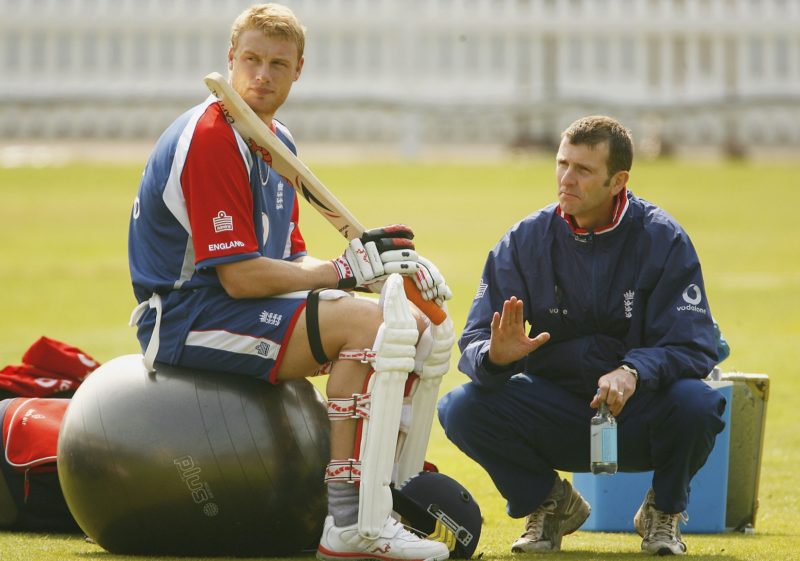 Bull with Andrew Flintoff in 2006

Likewise Sergio Aguero squandered two goalscoring chances for Manchester City against QPR in 2012, before finally sealing the Premier League title with a goal in stoppage time.

Similarly, when Andrew Flintoff dismissed Ricky Ponting with the seventh ball of his ‘Greatest Over’ in the second Ashes Test of 2005, there weren’t many in the feverish Edgbaston crowd ruing the earlier no ball that had forced him to run in again.

But the same opportunity is rarely afforded to batsmen in cricket.

“A slight error of technique and you are out,” says Bull. “One mistake. The margin is so ridiculously small, and the consequences of a mistake are so huge. 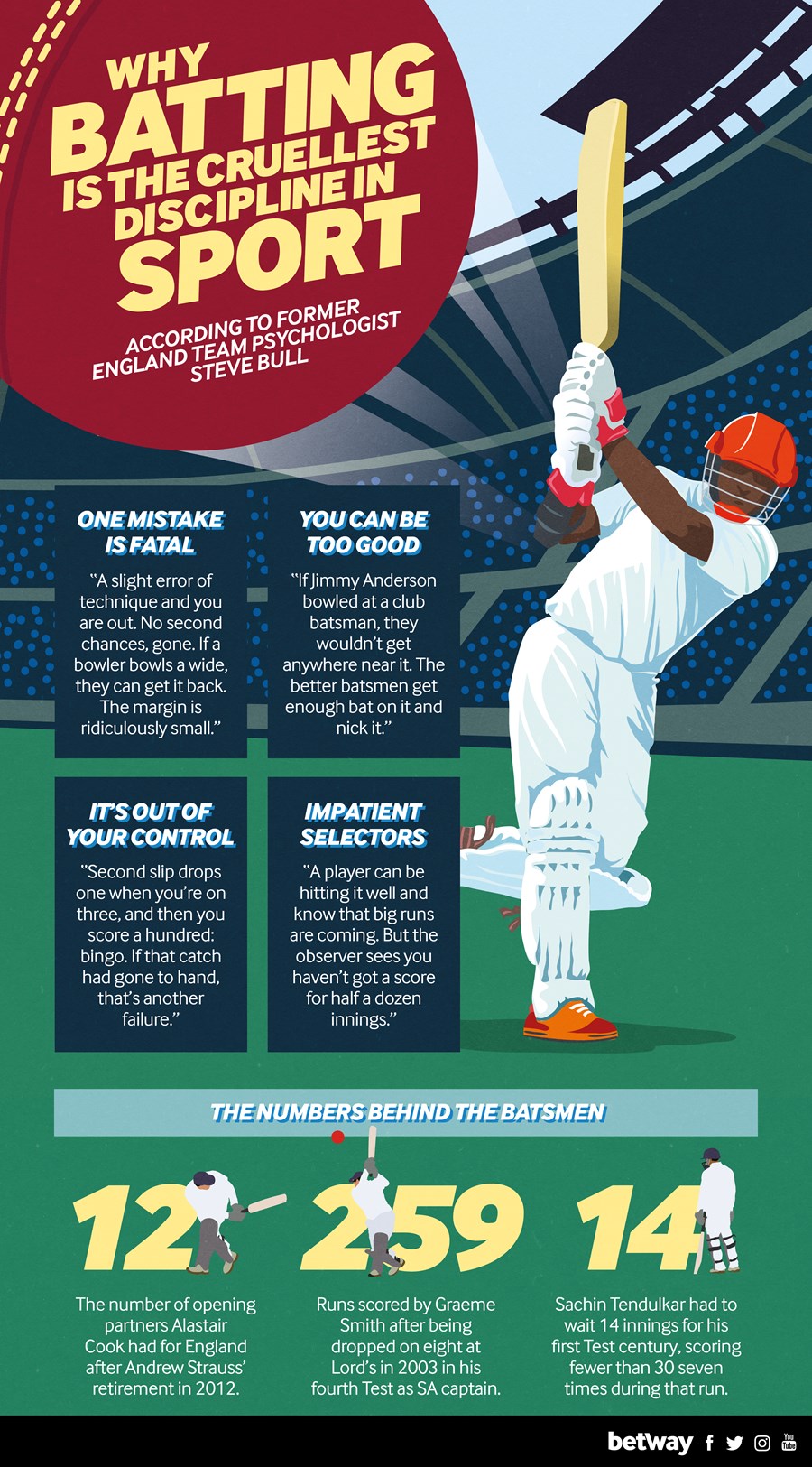 Bull and Chanderpaul were speaking to Betway

“The knock-on effect is that after two or three low scores, the rest of the mechanisms kick in and the confidence starts to go.

“It can take you into the abyss.”

This is not news to Shiv Chanderpaul, a West Indies legend at international level, where flaws are exposed most brutally and scrutiny is most intense.

Chanderpaul is the fifth-most capped player in Test-match history, scoring 11,867 runs over 164 Tests at an average of 51.37, putting him eighth on the list of all-time top run scorers.

Yet he was still a victim of those same demons.

“He’s perfectly spot on there,” says Chanderpaul, in response to Bull’s assertion. 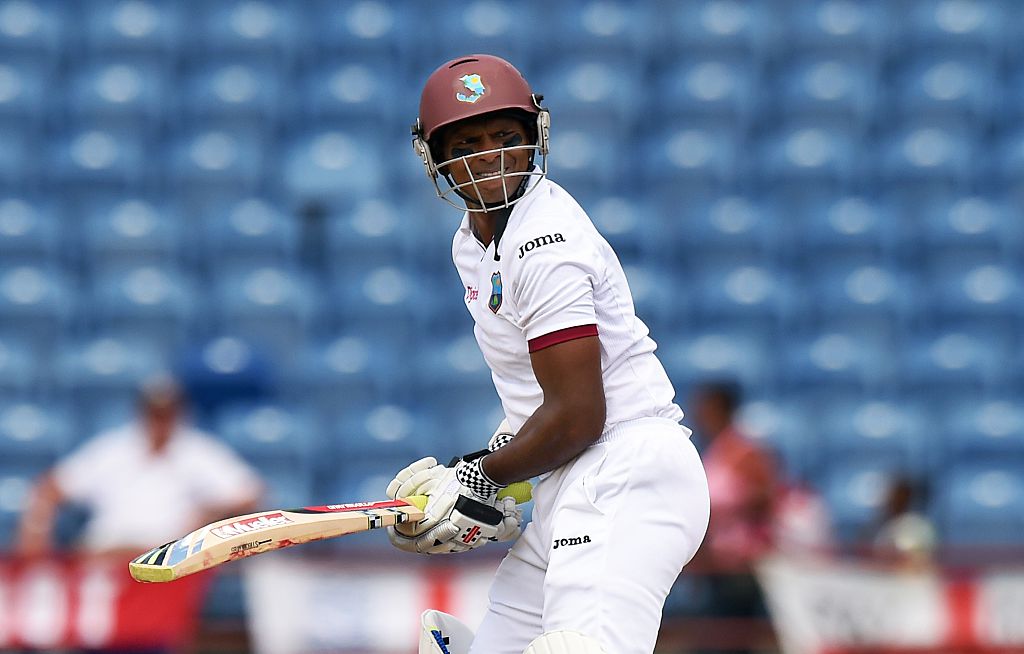 Chanderpaul is renowned for his mental resilience

“These days bowlers study you more – it’s not that easy. Bowlers can tell when you’re struggling.

“In difficult conditions, you might be able to leave a few, but one or two you might nick off. It depends how long you’re able to stay out there, if you can get lucky and miss those balls.”

As Bull explains, a batsman can do “everything absolutely right” and still end up back in the hutch, with the resulting ‘failure’ nevertheless having a substantial effect on the trajectory of a player’s career.

“There are many walks of life where, if you take control, if you’re confident, resilient and conscientious, it will take you far,” he says.

“In cricket, you can get that piece of bad luck, and that hard work comes to nothing.

Related Story: Stoinis, Richardson clear the air about ‘out of character’ slur controversy

“Conversely, if you’re in bad form and get dropped at second slip, then things go your way and you score a hundred: bingo. If that catch had gone to hand, that’s another failure.”

Cashing in when things are going your way was perhaps the key to Chanderpaul’s exceptional longevity.

“I would always go out and play a bit harder if my place wasn’t on the line,” he says.

“I would just fight as hard as I could, try and bat as much as I could. You don’t want to be in that situation when you’re being put under pressure.

“You feel a little more relaxed, but you dig in.”

The margin is so ridiculously small, and the consequences of a mistake are so huge

Chanderpaul’s unusual technique – standing square-on to the bowler before shuffling into a sideways position as the ball is delivered – was long treated with suspicion and, in theory, gave bowlers a better chance of dismissing him.

“There wasn’t a coach telling me what I have to do, or where I have to be,” he says.

“But you still have to remember the basics – eventually getting into a side-on position. Remember these things, and go out there and try and use them to help you through whatever period you have to go through.”

The challenge is for batsmen who don’t yet have the statistics of a distinguished career to back them up to show the same mental strength.

“You can’t have a situation where your confidence is dictated by how many runs you’ve scored,“ says Bull. “That’s not a good state of affairs.

“That means that if you’re scoring well, you’re confident, and if you’re not, you’re not.

“Better players are resilient and tough players. They say: ‘I’m taking control of this. I’m going to feel confident. I’m feeling good in the nets, hitting the ball well, moving my feet.’

“That’s good psychology. If you are more of a worrier, very negative and very analytical, it can take you deeper into trouble.”

That is why Bull encourages several of his clients just to relax – “it’s a cliché, but sometimes the best thing you can do is take a break and switch off” – by going out for a drink or a day out.

“It is very much player-dependant,” he says.

“There were some players who liked structured thought and process-orientated strategy to get ready. With other players, the best they could do was to forget it.

“It takes you to a sports psychologists’ favourite maxim: control the controllables.

“When a player is worrying about whether they are going to get picked or not, they have no control. You’ve got to come to the next session completely refreshed and start again.”