The year 2011 was one of global turmoil. The Arab Spring was in full force. Egypt, Libya and Tunisia deposed their leaders. Riots erupted in cities around the UK. North Korea announced the death of its leader Kim Jong-il. In Pakistan, Osama bin Laden was finally found by US Navy Seals.

The cricketing world didn’t see the same level of upheaval, but for England supporters like me, the year began with some disruption to the natural order, as England sealed an incredible Ashes victory in Australia. 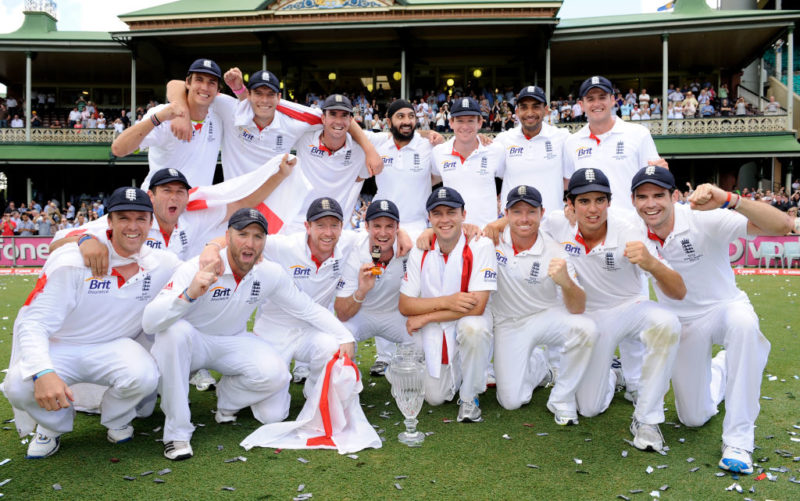 If 1981 was Botham’s Ashes, 2010/11 was Cook’s Ashes. Some 766 runs over five matches at an average of 127.66, with a high score of 235 not out. England won 3-1. Despite my patriotic pride, just two months later something happened that made me realise I was now more of a cricket fan than an England cricket fan.

The 2011 Cricket World Cup stands out from recent iterations of the competition, simply because it’s the only one of the last five not won by Australia. India triumphed on home soil but real turbulence came on on March 2 in Bengaluru.

England’s staggering loss to relative minnows Ireland in the group stages of the competition left the Three Lions licking their wounds while the rest of the cricketing world laughed. Lest we forget, Ireland didn’t even have Test status at this point in time. Under the night sky of southern India, Ireland roared and told the cricketing world, “No more will you underestimate the Emerald Isle”.

The match starts with England on top. Kevin Pietersen and Andrew Strauss get the side off to a great start. Pietersen swats the Irish bowling attack around for a quick 59, which includes seven fours and two sixes. Even with their dismissals, Jonathan Trott and Ian Bell ensure smooth sailing, hitting 91 and 81 respectively.

A cameo from Paul Collingwood, and a few mild contributions from the rest bring England to 327-8 – a score respectable in 2019 and all the more imposing in 2011. Pretending to do revision for my GCSE mocks with one eye on the TV, I smirk. This is over. Ireland? You’ve had it. Get back in your box.

The players take to the field for the second innings. Jimmy Anderson comes in for the first ball. Ireland captain William Porterfield faces up. 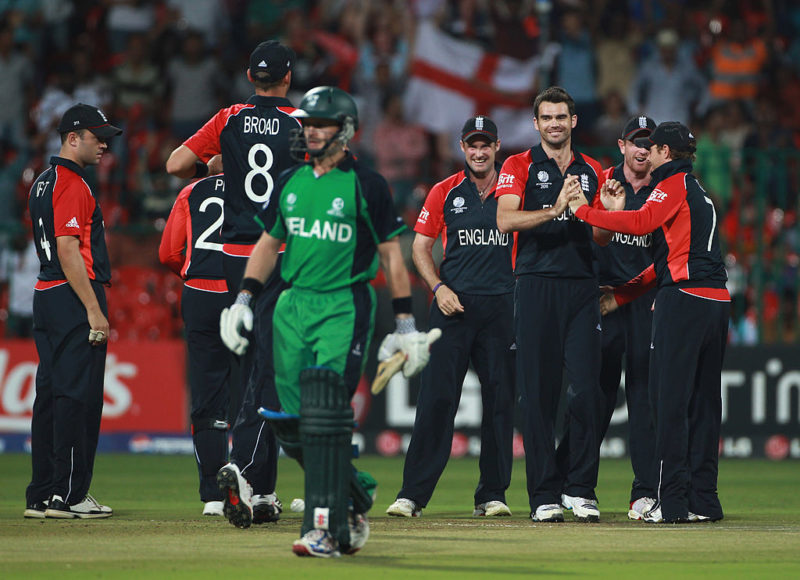 England celebrate the dismissal of Will Porterfield

Inside edge onto the stumps. 0-1. The ego grows. The struggle continues for Ireland. With the loss of Gary Wilson in the 25th over, they find themselves at 111-5, needing another 227 runs off 154 balls. Game over, right? Nothing can prepare my adolescent brain for what’s about to unfold.

No.7 Alex Cusack walks out to face the old enemy knowing the game is as good as over. But his partner, waiting for him in the middle, has other ideas. Kevin O’Brien surely knows that they’re dead and buried. But he’s not going down without a fight.

He wields his bat like a man possessed, proceeding to score the fastest World Cup hundred ever, coming off just 50 balls. When he’s finally run out attempting a tight couple, he’s made 113 in an innings lasting 63 balls, containing six sixes and 13 fours. Ireland need just 11 off 11. The damage is done. They reach their target with five balls to spare. 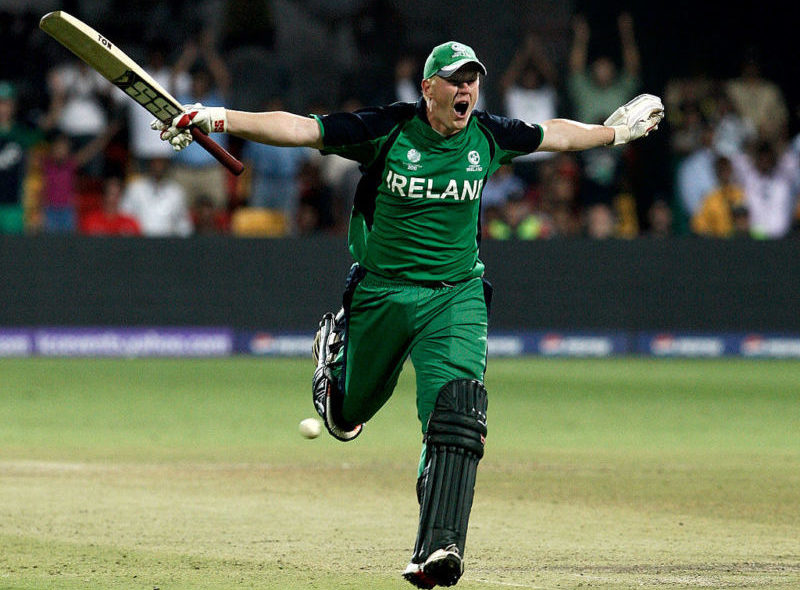 Despite my team’s humiliation, I wasn’t experiencing the anger or sadness that inevitably follows a loss like this. The sight of my heroes of that winter – Jimmy, Broady, Swanny – being dispatched for six after six with no respect by this pink-haired village cricketer from across the sea should have inflicted lifelong sporting scarring on me.

But no. All I could do was smile, bask in the joy of the Irish celebrations, and enjoy the humour of the moment. It is an underdog story that will remain cricketing lore long after any of these players have retired. How fortune changes so quickly in this sport of ours. And what an excellent sport it is.