It was almost three years ago, in February 2016, that Cheteshwar Pujara played his last, and so far his only, Ranji Trophy final.

His state team, Saurashtra, were humbled by an innings and 21 runs by India’s domestic stalwarts, Mumbai. Pujara scored 4 and 27, and his side failed to cross 250 in both innings.

That was around the time Pujara had re-emerged as an ace India batsman, averaging almost 50 in 2015, which was more than double what it was the previous year when India toured overseas. But even as all eyes were trained on him, Pujara didn’t match his own lofty standards.

Three years on, Pujara is in a similar situation. He is again hot-property in Indian cricket, after starring in Australia in India’s first-ever Test series win in the country. This, after he endured a lean patch in South Africa and was dropped for a Test in England.

And so, when he takes on Vidarbha in the final in Nagpur, starting Sunday, February 3, he will have a chance to win his maiden Ranji Trophy and bring to a fitting end a season in which he went from having his intent questioned to making people – including India captain Virat Kohli – accept that there is mind behind his patient method. 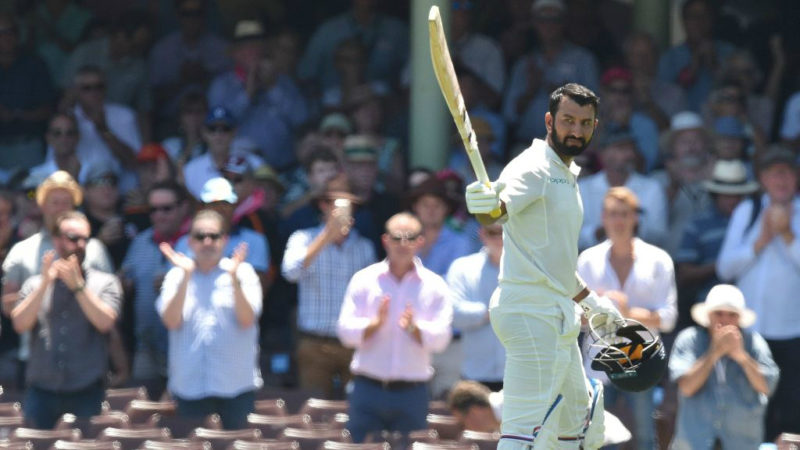 When Pujara took guard in the New Year’s Test at the Sydney Cricket Ground, he didn’t just have the game on his mind

But it didn’t come easy. When Pujara took guard in the New Year’s Test at the Sydney Cricket Ground, having already scored two centuries in the series, he didn’t just have the game on his mind.

He scored a majestic 193 to much acclaim, but all the while, his father, first coach and mentor, Arvind Pujara, was in the hospital for a heart surgery on January 3, the first day of the Test. It wouldn’t have been easy, but Pujara’s mental toughness was put to the test, again.

He came through it all heroically, but it is pertinent to note what he did after the series: rather than spend time with his recovering father, he decided to go back to train with Saurashtra ahead of their quarter-final clash against Uttar Pradesh. Pictures of him walking into the stadium, straight from the airport, went viral.

But that’s only surprising for those not familiar with the man. “I feel it is important to be part of the Ranji Trophy,” he had said on the eve of the semi-final clash against Karnataka. “For me, playing for Saurashtra is an honour. I’ve grown up playing Ranji Trophy cricket. It has helped me immensely when I’ve played international cricket. 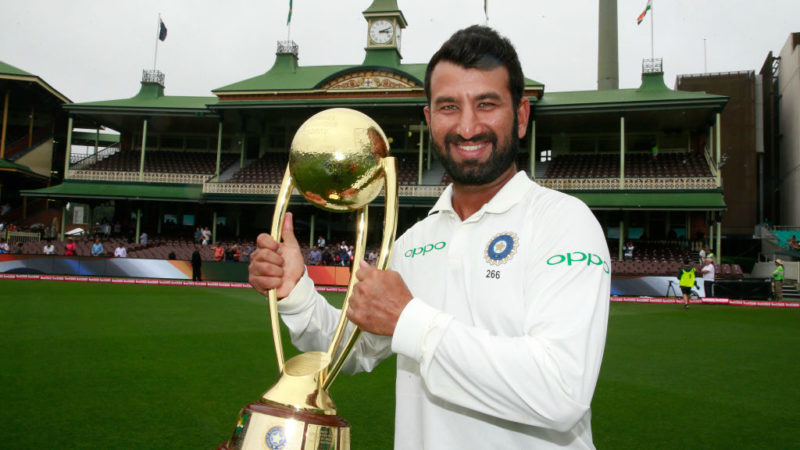 Pujara is again hot-property in Indian cricket, after starring in Australia in India’s first-ever Test series win in the country

“Being part of the Saurashtra unit is something I’ve always looked forward to. Especially when we are in the knockout stage, I feel if I’m around, if I can share my experience with young players, it can help the team.

“I always respect the Ranji Trophy. It is always special for me. I feel youngsters should look forward to playing this tournament because it prepares you for the longer format. I made my Ranji debut for Saurashtra in 2005. After that, the number of matches I’ve played … it’s taught me many lessons on playing long innings.”

As for the match itself, it couldn’t have gone better. Jet-lagged and with less than a week to rest after the Tests, Pujara was dismissed for 11 in the first innings, but his vital 67* in the second helped the side seal the highest run-chase (372 runs) in the history of the tournament.

Heavyweights Karnataka were up next. They boasted three India players – Karun Nair, Manish Pandey and Mayank Agarwal – and were playing at home in Bangalore. 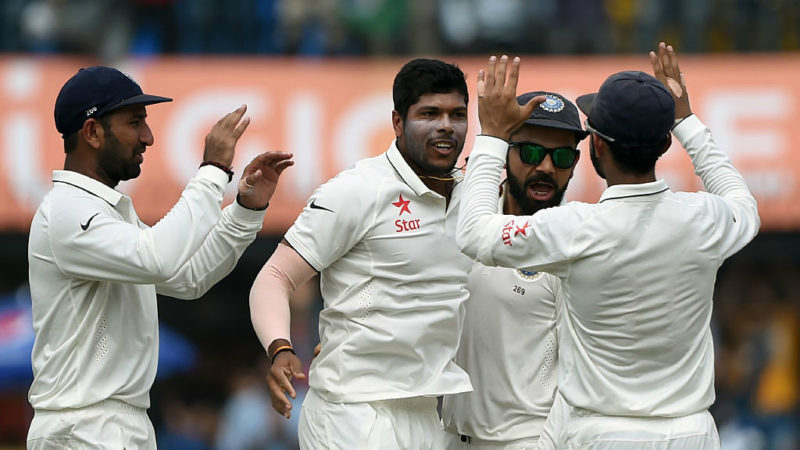 It could be Pujara v Umesh in the Ranji Trophy final

Pujara managed just 44 in the first innings as Saurashtra fell behind Karnataka, and the memories from 2016 would perhaps have been streaming back. But he returned with an unbeaten 131 in chase of 279 to confirm another Ranji final appearance.

“If not for a few chances in the second innings, we would have got through pretty handsomely,” Nair, he of the famous triple-century against England in Chennai in 2016, told Wisden.com.

Nair had good reason to suggest that. Pujara had walked in with his team reeling at 23-3 and put on a match-defining 114-run stand with Sheldon Jackson, who scored a 100 himself.

There was the unfamiliar sight of Pujara being jeered by the crowd at the M Chinnaswamy Stadium. They branded him a “cheater” for not walking in the first innings after the umpire wrongly ruled him not-out twice. For someone who just a week ago was at the receiving end of plenty of cheers, the backlash would have been quite a shock.

Karnataka weren’t bitter, though. “If at all Pujara was given out early – those two decisions which did not go our way … those things happen in the game,” said R Samarth, the Karnataka opening batsman. “But if (the wickets) had gone our way, probably, they would have been reeling because they depend on Pujara quite a bit. And he delivered.

“But if those two decisions would have gone our way, you never know. We probably would have won the game by 100 runs.”

Contentious as those decisions were, one can’t fault Pujara’s decision not to walk. Why would he? The error was on the part of the umpire, he had a chance to bat on, and he did – he certainly likes it, given he was at the crease for 1,867 minutes in Australia.

“You can’t blame him. It is not his decision to walk out of the field. It’s the umpire’s decision, he didn’t give him out,” Samarth said. “I don’t think that’s fair because I am sure a number of times he would have been given out when he was not out.”

As his stature increases, Pujara is gradually influencing those around him. In Australia, even Kohli, always on the lookout for scoring opportunities, followed Pujara’s lead and ground out a hundred in the second Test in Perth.

In Bangalore, it was Jackson following suit. He has a first-class strike-rate of 60.33, but he batted at 46.08 for his century, and the Karnataka players were convinced Pujara had much to do with that.

“Pujara helped Sheldon. I don’t think I have seen Sheldon play that kind of an innings, it was against his natural game,” Samarth said.

“The way Pujara handled the entire situation was very good to see. It was a great learning curve for everyone watching because he didn’t play any rash shot. The one he edged, it [was a defensive shot] and a very good ball.”

When he walks out to bat in the final, he will likely face down India teammate Umesh Yadav, whose 10-wicket haul in the semi-final spurred his side to the summit clash. It will be another examination for Pujara, and if successful, he will finally be able to get back to his father and enjoy a well-deserved rest.