In India’s greatest Test pace attack, Mohammed Shami is a leading light, especially for his second-innings heroics. Manoj Narayan looks at the hows and whys.

After India beat Bangladesh in the first Test in Indore, Ishant Sharma took Mohammed Shami to task. Ishant’s primary complaint to Shami during an excellent interview of the Indian pace trio by Harsha Bhogle on Star Sports was along the lines of, ‘We do the same things you do, but you get all the wickets – what are you not telling us?’

The comment was made in jest of course, but it was exactly what everyone was wondering. Shami has made a habit of taking wickets, especially in the second innings. His 4-31 against Bangladesh was a typical display of accuracy and movement. He did it against South Africa too, taking 5-35 in the second innings in Visakhapatnam and 3-10 in Ranchi last month. Against Australia in Perth late last year, he took a career-best 6-56.

Earning the moniker ‘Second-innings Shami’, he now holds a higher standing in what is arguably the best Indian pace attack in Test history: in Indore, the quicks bowled through the first session of the second innings for quite likely the first time in a Test in India. Once Jasprit Bumrah returns, you can imagine the competition in there to make the XI.

This interview with the three quicks was so much fun. Straight after the game so not much time to gather thoughts. But Shami was in a chatty mood and Ishant just took off and showed his funny side. The camaraderie was there to see so I just handed over the mike and let them be pic.twitter.com/uFBlqnzYyO

As Ishant put him on the spot, Shami blushed behind his beard and tried to play down his contributions, but there is no denying any of it. Praise has come from as high as Dale Steyn, who suggested on Twitter that Shami “on current form” is the best in the world. The statistics reflect that, too.

Shami is one of the best bowlers with the old ball, showcasing excellent control to extract movement. He averages 22 in Overs 41-80. Since 2002 where ballbyball data is available, of the 79 seamers to have bowled 1000+ balls in the phase, only five of them average better #INDvBAN pic.twitter.com/6YuQMtZUaM

But narrow that down to wickets in the third and fourth innings, and the top two do a flip. Shami is more influential and is used more frequently. He is the top wicket-taker with 48 wickets. Cummins has 44 – in 241 overs to Shami’s 249.2. Shami has a better strike-rate: his 31.1 ahead of Cummins’ 32.8.

Shami has emerged as a dangerous second-innings bowler for India. He averages 21.53 in the first innings this year, but in the second innings, that drops to 10.66. He has taken 13 first-innings wickets, in 107 overs, but in the second innings, his 18 wickets have come in just 68.5 overs. Cummins, who has 23 second-innings wickets this year, has taken them in 121.1 overs, at 12.82.

So what’s led to these wickets? Ask the bowlers, or indeed Kohli, and they tell you its fitness. “The fitness levels obviously have gone up, so your brain is obviously supporting what you want to do, because your body also will support that workload,” Kohli said after the sweep of South Africa.

“You bowl three good overs and if you’re tired, then the other two [overs in the spell] are not as effective, and you lose the opportunity to take a wicket after creating pressure. But these guys are relentless, they’re running in to just take wickets, bowl in areas that make batsmen uncomfortable.” 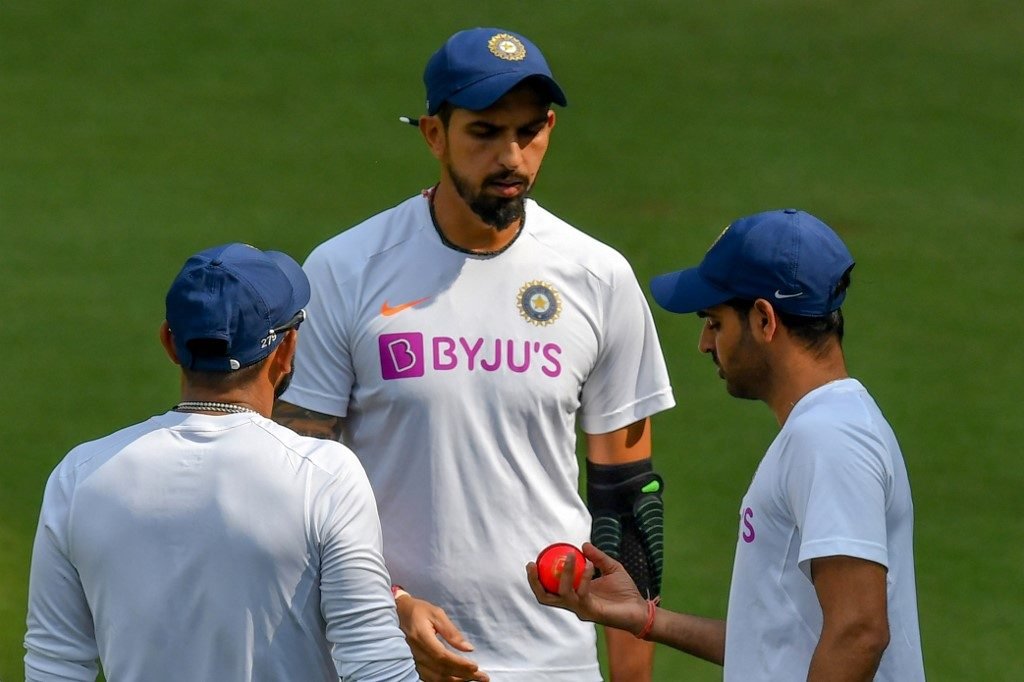 The coaches will point to a couple of tweaks. Bharat Arun, the India bowling coach, told ESPNcricinfo how a tweak to Shami’s run-up made his bowling strides more rhythmic. “Earlier he was trying to run too fast. Running fast is okay, but what is important is the balance you have at the time of delivery,” Arun said in the interview.

The statistics tell us a bit more. Shami likes swinging the ball, but the older it gets, the more swing he generates. According to CricViz, when the ball is new (between overs 1 to 30), 25.4 per cent of Shami’s deliveries generate a swing between 0.5° and 1.0°. But once the ball is old, that is after the 30-over mark, that figure rises to 38.4 per cent. Basically, the longer the batsmen stay in the middle, the harder it gets to face Shami.

The dangerous thing, for Bangladesh, is that you can expect more from Shami in the second Test, given it’ll be a day-night affair, a first for both teams. The pink ball moves a great deal more than the red one, and Shami took 5-42 in 13.2 overs for Mohun Bagan against Bhowanipore in a four-day match at Eden Gardens, in what was the first pink-ball match on Indian soil.

Eden Gardens, in fact, is the venue where Shami has been at his best – he has 21 Test wickets there, by far his best returns at a ground, well ahead of the 11 he has taken at The Wanderers, his second-highest return at a venue.

It’s all ominous for Bangladesh.