In our new series on the cricketers that hooked our writers onto the game, Aadya Sharma remembers Shane Bond, the bowler who defined out-and-out fast bowling, but couldn’t play long enough to redefine it.

I was a nine-year-old back then, clutching a 4.5 oz ball in my palm. Playing cricket didn’t have much purpose, it was a pastime parents pushed you into, or which curious kids invited you along to play. My expertise, if you call it, lay in watching bowlers on the telly, and imitating their actions down to a tee.

Enlisted in the school nets, I would saunter in and twirl my arm around; out came Srinath, McGrath and Lee, even Flintoff occasionally. Again, and again. One day, encouraged by my own vanity, I walked up to the tallest coach around and explained how I longed for a new, lasting action. Clearly disinterested, he mumbled theoretical jargon at me. “Imagine you’re drawing a 6 with your bowling arm.”

Repeating this new mantra, I dragged my kit back home. “Where would I find that 6?” I wondered, flipping through television highlights. And then I saw him.

A Bond was made that day.

I remember the dark grey skies of Wellington. I remember India’s dreamy batting line-up, retaining their fashionable sweaters from the England tour. I remember sitting in front of the television, tucked in layers of clothing on a frosty Delhi morning. I can’t recall much of 2002, but I vividly remember the winter Shane Bond annihilated India.

He made for a strikingly pretty package, galloping in those loose jerseys of yesteryear, the suave, spiky hair sticking out, the sturdy arms in fluid motion. If there was ever a neatly crafted specimen of a fast bowler, it was New Zealand’s Test cap #216. 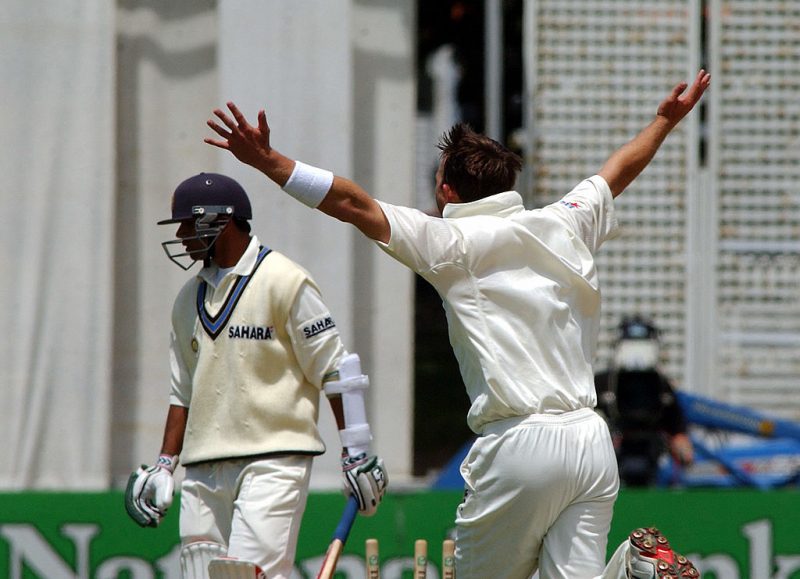 He would thunder in to bowl, not stroll in to conserve his breath on a humid day like the rest of the lot. His eyes were fired up to see some stumps crushed, and yet, twinkled when batsmen bungled their job. Ha, bat-wielding mortals.

Ganguly came an absolute cropper. Sehwag had no clue what hit him. Laxman’s feet failed him. Wicket after wicket, I saw my heroes stumble and fall. The England series had lulled me into believing that Rahul Dravid was impregnable, but I was woefully wrong. A scorching yorker almost took his front toe out, snaked in through to batter the wood, and broke a child’s heart. The dismantling was unreal. And yet, it was oddly appealing.

The action was so full of life: the bouncy approach, the arched back, the tilt of his right hand over his head. He’d grunt as he unleashed corker after corker, drawing, just as I had imagined, a perfect 6. “Never gonna leave this action,” I mumbled. This was it.

My imitation games continued, but they weren’t restricted to just bowling actions now. I forced dad into buying me tennis wristbands, alternating between black and white on my left forearm, just as he did. I copied the Bond jaunt, the way he wiped his brow, the way he smirked at batsmen, but was too cool to overdo his celebration. I walked around with purpose around the other kids, pushing out my mini chest as if I was the Bond of the batch. 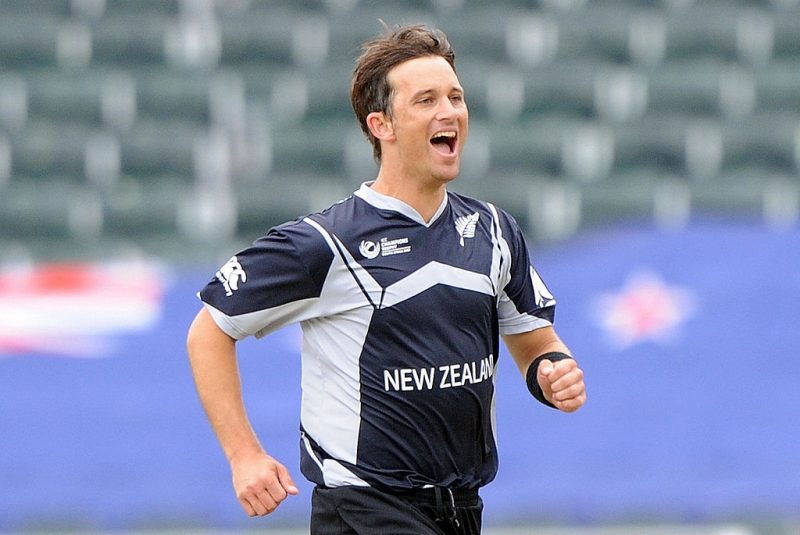 Bond took five five-wicket hauls in 18 Tests, and four in 82 ODIs, including a hat-trick

Bond was an instant hit. For us kids, he’d arrived along with cricket playing cards. Pronounce his bowling average, or strike-rate, and you’d hardly find anyone who’d beat it.

Those who religiously watched the 2003 World Cup will have distinct memories of him cutting line-ups in half. On his best day, you couldn’t use your bat properly, let alone your head. The rest of the bowlers seemed to be flicking out catapults, and here he was, bombarding them. Nothing could stop him.

Related Story: The cricketer I fell for: Hansie Cronje

Or so we thought. As the decade advanced, we saw less and less of Bond. We’d still buy a new pack of cards every other year, but the ‘Tests’ column next to Bond hardly changed. By 2010, he was gone for good.

Ironically, it was the sprightly action that had crushed his own back and knees, shrinking his career. As for me, I had to forego the rhythmic splash; saner coaches tweaked my action, and I was stuck with more sober versions: Munaf Patel and Ajit Agarkar. Bowling quick wasn’t fun anymore. I scoffed at the fragility of the game.

Looking back at the India tour, 18 years later – exactly the number of Tests Bond played – I wonder what he could have been. But then, Bond’s charm did not lie in longevity; his bursts of absolute magic are memories etched forever.

It hooked me to the game. There was finally purpose.