With two T20 World Cups set to take place in 2020, another scheduled for 2021 and a Women’s World Cup in that year too, this year presents a particular opportunity for T20 specialists to make a mark on the international stage for the first time.

There will also be plenty of Test cricket for newbies to make their mark in, with India touring Australia in an attempt to repeat their landmark series win in 2018/19 and the World Test Championship gearing up towards the end of the group stage.

In 2019, Jofra Archer and Marnus Labuschagne were the two breakout international cricketers of the year. Here are five players who are yet to represent their country who could make 2020 their year: 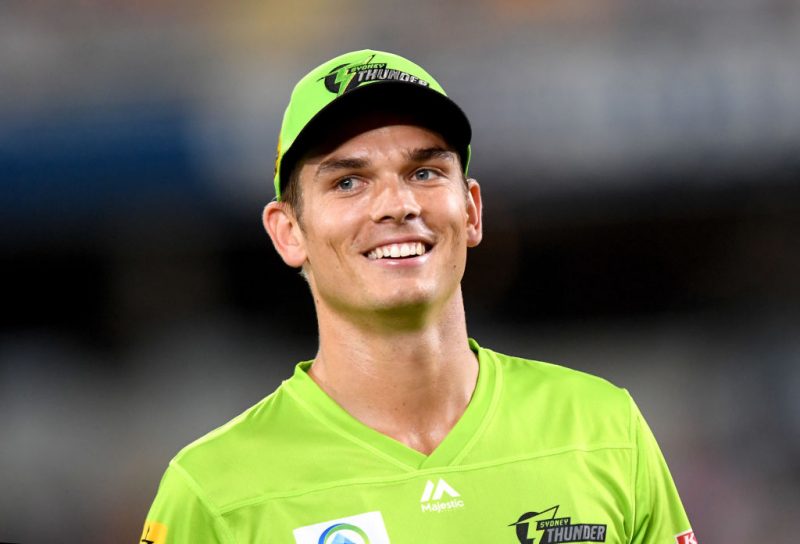 Chris Green’s stock has been rising steadily in recent months just as focus on T20I cricket intensifies as the T20 World Cup approaches. Adam Zampa and Ashton Agar have been the two spinners primarily used by Australia in T20I in recent times, and while both have gone under seven runs per over in T20I cricket over the last two years, Green is developing into one of the most reliable and sought after spinners in franchise cricket. A pivotal part of the Guyana Amazon Warriors side that won 10 games in a row in last year’s Caribbean Premier League, Green is becoming difficult for the selectors to ignore.

There are very few left-arm pace bowlers in women’s international cricket. In fact, no Indian left-arm seamer has ever taken an ODI wicket in the women’s game. Komal Zanzad could well change that in 2020. Zanzad made headlines in 2018 after taking astonishing figures of 9-8 in a domestic game and impressed against an England XI in a warm-up fixture a few months later. She took 3-14 off seven overs in a 50-over match, picking up the wickets of Tammy Beaumont, Sarah Taylor and Nat Sciver. Although she was picked in a subsequent ODI squad, Zanzad is still yet to make her international debut. That will surely change in 2020.

Another who might benefit from the increased focus on T20I cricket in 2020. Rauf’s story is an interesting one. Plucked from obscurity to star in the Pakistan Super League for the Lahore Qalanders, Rauf has enjoyed further success in this season’s Big Bash League, taking 5-27 in Melbourne Stars’ recent win over Hobart Hurricanes. An international call-up would cap what has already been a meteoric rise.

This is a video of the 16-year old in the nets earlier this year.

At 16, Phoebe Litchfield is by some distance the youngest on this list. An international debut in 2020 may seem a stretch even for the precocious Litchfield but she did make an appearance for Australia A against India A in December last year, so is clearly in the selector’s thoughts. Since a video of her nailing it in the nets went viral, Litchfield enjoyed a reasonably successful season in the Women’s Big Bash League with Sydney Thunder, registering a first T20 half-century in the process.

The second Australian called C. Green on this list. An all-rounder with a first-class batting average 17 runs higher than his bowling average, Green is in the midst of a breakthrough Sheffield Shield campaign. The 20-year-old scored hundreds in two of his first four Sheffield Shield games of the 2019/20 season and Ricky Ponting has already called for his selection in the Australian Test team.

“Cameron Green is probably the in-form batsman in the country,” Ponting told cricket.com.au in December. “He’s not doing much wrong, he’s an exciting talent, and maybe to just include him and have him around the squad and give him a taste of what it’s like might not be a bad thing. He’s someone we’ve got to keep an eye on for the next couple of years and if we can fast track him it wouldn’t be a bad thing.