Aaron Finch, the Australia limited-overs captain, doesn’t foresee “any issues” in the squad, following the recall of David Warner and Steve Smith for the 2019 World Cup.

Warner and Smith return to the national squad for the first time since they were handed 12-month bans for ball-tampering in May last year. In their absence, however, the squad has undergone an overhaul, both in terms of personnel and culture.

Tim Paine is Test captain, Finch holds the reins in the limited-overs formats, and Justin Langer is head coach – all of them have stressed the change in the way the team goes about things, both on and off the field.

Australia have announced their 15-member squad for World Cup 2019 ⬇️https://t.co/EpyujWQYXP

How will Warner and Smith readjust to a changed set-up? “As far as I’m concerned, they’ve done everything they’ve been asked [to] in these last 12 months,” Finch said. “They were very good around the group, and [are] continuing to do everything they can that’s in the best interests of the side, and that’s a real key.

“Knowing them both personally as well as I do, I don’t think that will be any kind of issue whatsoever. They’re both great guys and I can’t see there being any kinds of issues.”

The World Cup won’t be the first time since last year that the duo will be in an Australian dressing room, though. Ahead of the series against Pakistan, Smith and Warner were reintegrated to the set-up briefly in the United Arab Emirates, and Langer said the success of that went a long way in them eventually being called up to the World Cup squad. 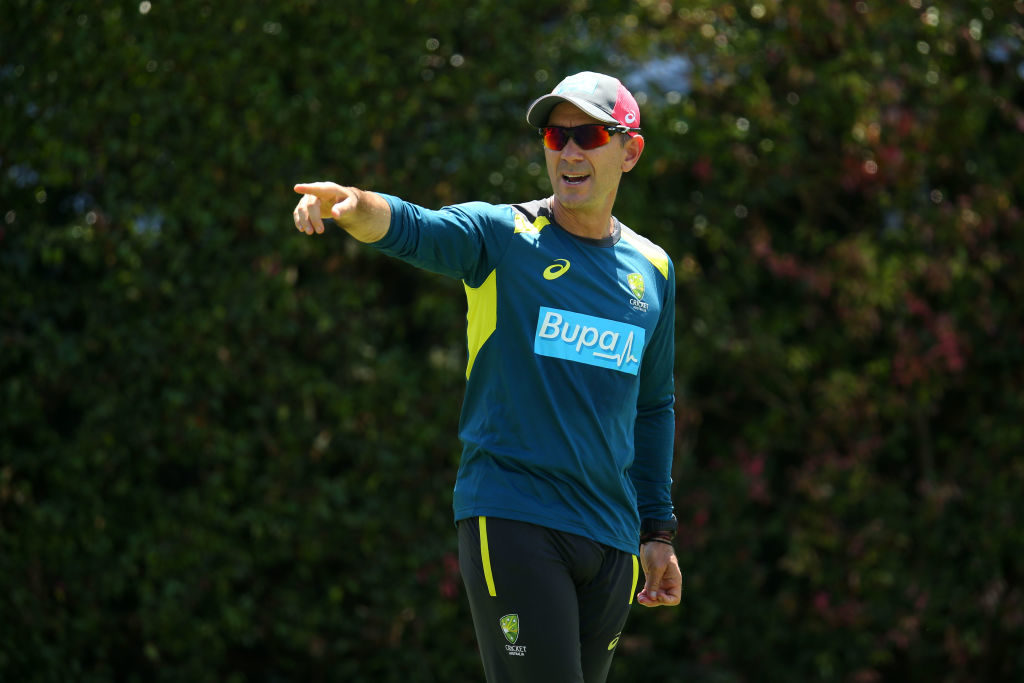 Their successful visit to the UAE was key in Smith, Warner being called up

“We had some big talks about the values and the direction we’re going in,” Langer told SEN Breakfast. “It was great to have them there, we had a social night with them the night before and we got a bit more formal with them the next day with the team.

“They were part of the discussion about values. They didn’t necessarily get up and speak in front of them, there has been plenty of that going on over the past 12 months. It has been a huge 12-month period of learning for them and us in Australian cricket. It worked well, it was nice to have them over there before we start kicking off the cricket with them.”

Warner and Smith will have a chance to further acclimatise to the set-up in a preparatory camp from May 2, which includes three practice games against a visiting New Zealand team in Brisbane.