14 English players were snapped up in last week’s Pakistan Super League (PSL) 2020 draft, with many well-known names on the list.

Ranging from PSL veterans to overseas T20 league newbies, a number of Britons will be looking to make a mark in the tournament’s fifth season. PSL 2020 coincides with England’s first Test of their series in Sri Lanka, but there are still a number of fully-fledged England internationals who feature among the 14 PSL English players listed below.

The Sussex youngster’s star is rising quickly, having already been picked up for both the Abu Dhabi T10 and the Big Bash this winter, as well as having been picked up by the Manchester Originals for £100,000 in the inaugural draft for The Hundred. Phil Salt is yet to make his international debut but he did feature in the squad for a one-off T20I against Pakistan in May this year.

Of all the PSL English players, this is a real coup. After a 2019 he will likely want to forget, Alex Hales has the chance to put his name back in the headlines for all the right reasons with a stint for the Karachi Kings. His ability to hit big from the off and getting T20 innings off to a flyer means he remains an invaluable addition. A string of impressive performances in various T20 leagues in the run up to next year’s T20 World Cup could in theory help him force his way back into international consideration. 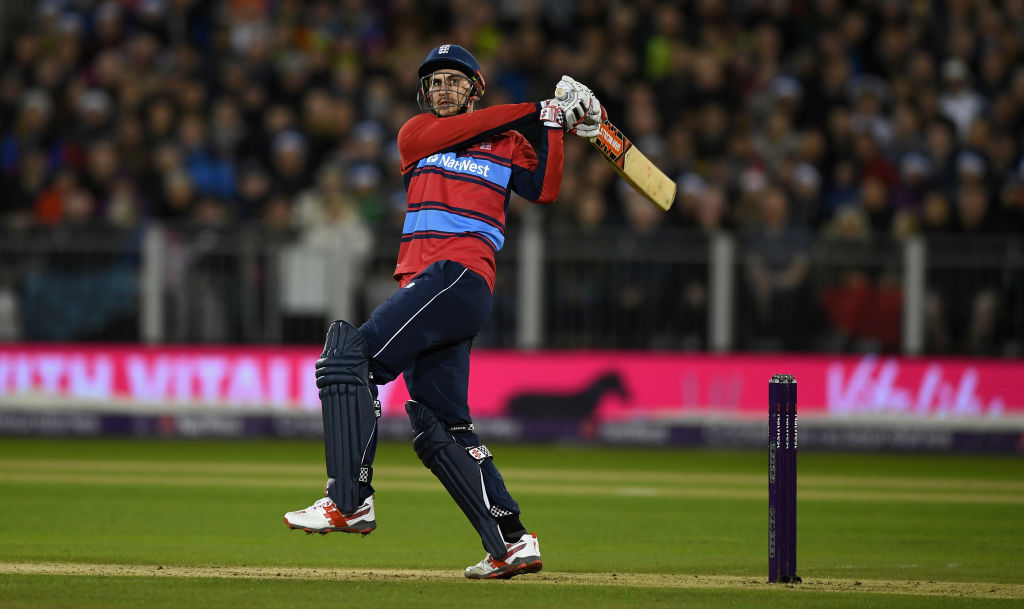 Chris Jordan is another player who featured in this winter’s T10. He performed superbly with the ball going at an economy of just over eight runs per over in a tournament where scores of more than 10 an over were often under-par for batting sides. Jordan will be targeting a spot in England’s T20 World Cup squad, and a strong performance in PSL 2020 could go some way to securing exactly that.

It is easy to forget that Dan Lawrence is still just 22 years old, as it has been almost five full county seasons since he made his Essex debut. While he is better known for his red ball performances, Lawrence has increasingly made himself known as a clean-striking white-ball batsman, clocking up an impressive T20 strike rate of 142.

From World Cup winner to losing his central contract in a matter of a few months, it’s been an odd sort of a year for Liam Plunkett. That decision may well signal the end of his international career, although the door is apparently still open even though his omission from England’s tour to New Zealand might suggest he is only in with an outside chance of making the T20 World Cup squad. Might a strong PSL 2020 performance change that? 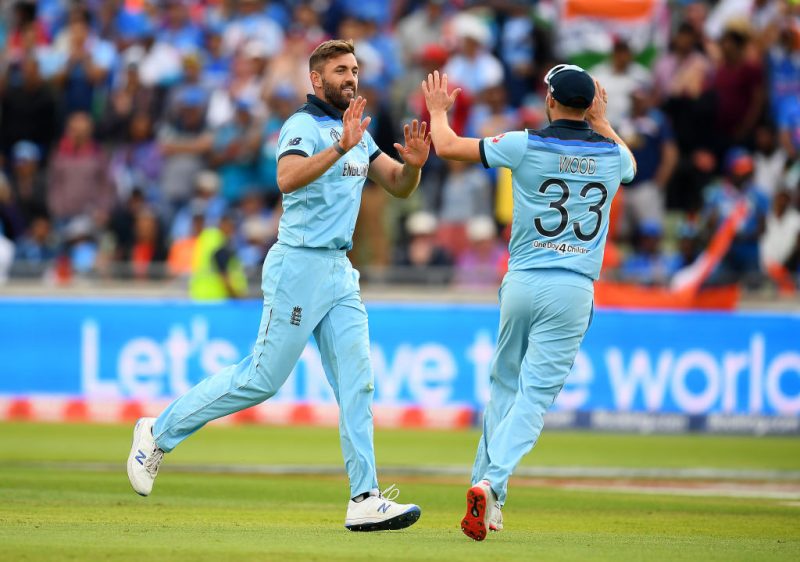 Plunkett played a key role in England’s World Cup triumph, but has since lost his central contract

Samit Patel’s ability to put in consistent performances with the ball as well as being a potentially match-winning contributor with the bat makes him a valued T20 player. He is another of the players from this list who participated in an England-dominated Abu Dhabi T10. Patel didn’t bat but took five wickets in the three games he played.

What can we say about James Vince which has not already been said? An elegant stroke-maker, though prone to giving it away just as he looks set, the Hampshire batsman’s T20 record is strong – an average the right side of 30 and a strike rate north of 130. The Sultans will be feeling good about this signing.

Another supremely talented player, Moeen Ali has dominated the T20 Blast for the last two years, racking up almost 700 runs at an average over 50 and strike rate above 170, and taking 22 wickets at a shade under 20. A break from Test cricket may allow the all-rounder’s white-ball game to flourish even further. His international profile makes him one of the standout PSL English players. 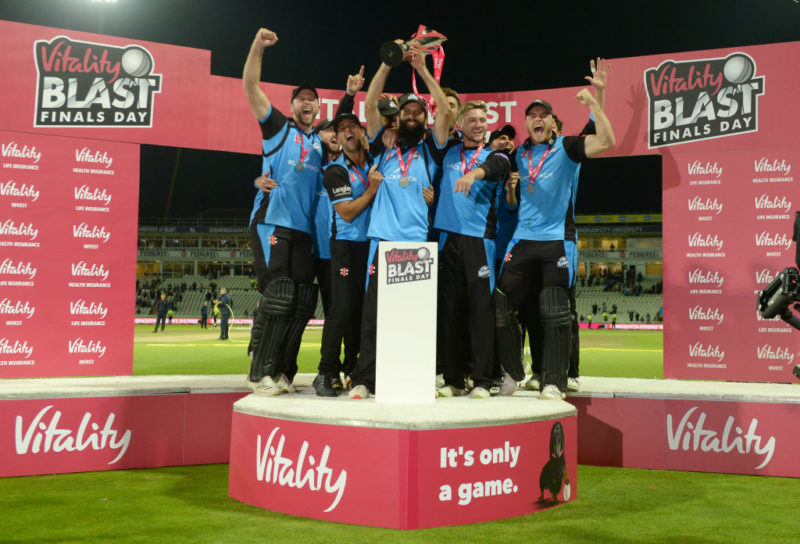 Moeen Ali, who captained Worcestershire to the 2018 T20 Blast title, is also on the list of PSL English players

This winter sees Ravi Bopara move away from the only county he has known during his time as a professional cricketer, the sort of move often made by cricketers struggling to perform. Bopara’s move though is anything but a search for form, having played an integral part in Essex’s double triumph in 2019 as they brought home both the County Championship and the T20 Blast. It will be interesting to see if the Sultans bat him up the order – a position the batting all-rounder has made clear he prefers – or send him in to finish the innings – a role he performed with aplomb in the 2019 Blast.

The PSL is the latest in a string of T20 leagues to have recruited the young England batsman this winter. His ability as a short-form player was made clear in a Blast campaign which saw him finish as second-highest run-scorer. His value was then cemented when Welsh Fire secured his services as a Local Icon player for the cool sum of £100,000. Tom Banton is also set to play for Brisbane Heat in the Big Bash and may well be recruited at the IPL auction for a substantial chunk of money. It would seem the sky is the limit. 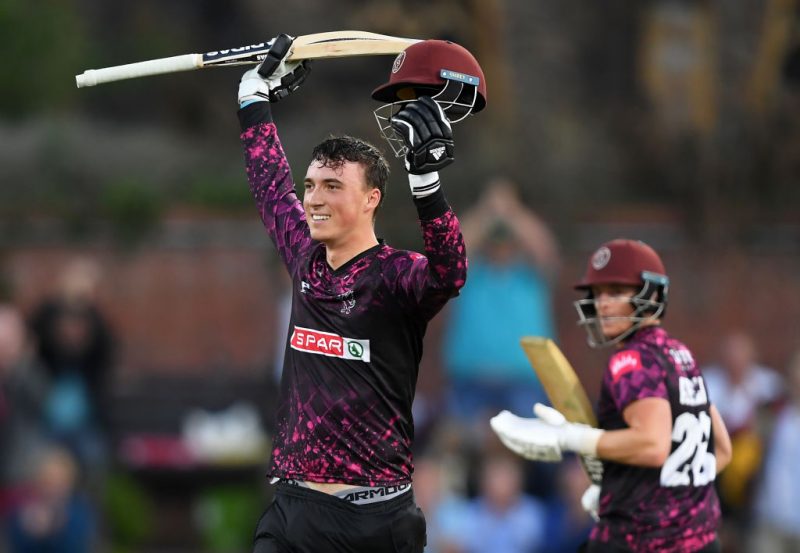 Banton enjoyed huge success on the county circuit in 2019, attracting attention from around the world

It may not be the most glamorous of signings, but Liam Dawson represents a shrewd purchase, particularly when playing on what are often relatively slow, turning pitches. Not at all dissimilar, in fact, to pitches of old at Dawson’s home ground, the Ageas Bowl. He is also the sort of player who can play a role with bat, ball, or in the field, making him an extremely useful player for coaches who are always looking t0 better balance their teams.

A hard-hitting, no-nonsense batsman, Liam Livingstone is more than capable of changing a game in his side’s favour. His leg-breaks are also an asset which should not be entirely ignored – though to rely on him bowling four overs every game would probably be a step too far. He is another player for whom this represents an excellent chance to put his name forward for England’s T20 World Cup squad.

Few would question Roy’s white-ball credentials. In T20s he averages 27 with a strike rate of 146 (which he maintains in internationals as well, though with a slightly lower average), while in ODIs he averages more than 40 while striking at 107 runs per hundred balls. Roy has also impressed in T20 leagues around the world, as well as in previous editions of the PSL, and so represents a safe bet as an overseas batsman for the Gladiators. 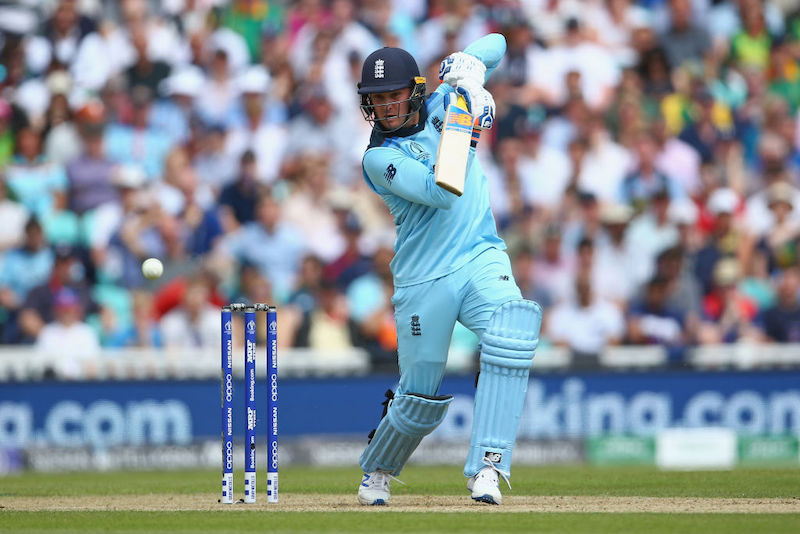 A third Sussex player (fourth if you want to count newly signed Ravi Bopara) rounds out our list. That Mills had to give up longer form cricket due to injury is a huge shame, but it has allowed him to focus solely on becoming the best T20 player he can be. And he has taken that chance with both hands. As well as possessing great pace, his assorted slower balls keep batsmen guessing right up to the end.