A new European T20 tournament is to be held later this year across Scotland, Netherlands and Ireland.

The tournament, which has been agreed upon by the boards of Cricket Scotland, Cricket Netherlands, and Cricket Ireland, and received consultation from the ICC, will include six city-based franchise teams, with two from each country.

The league is set to run from August 30 to September 22, and will see each franchise require a minimum of nine local players, with a maximum of seven overseas players allowed within each squad. Every playing XI will require six domestic players. 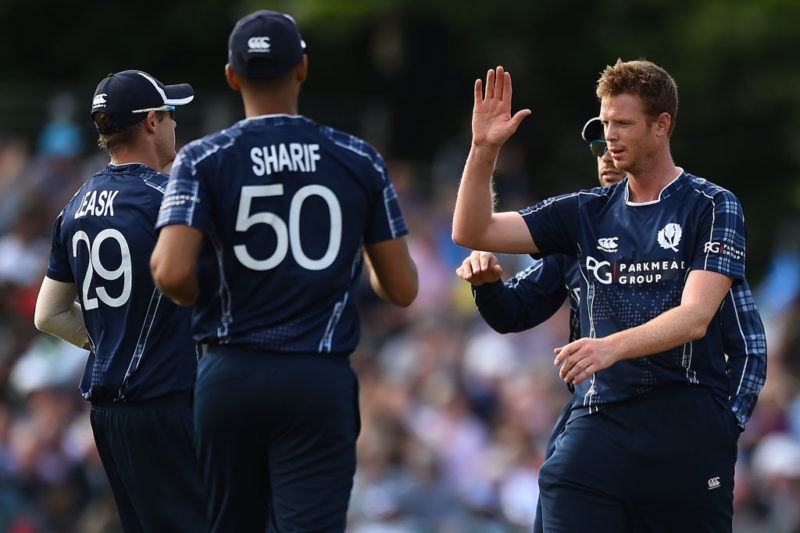 Scotland are 11th in the ICC T20I team rankings

An initial 10-year agreement has been struck with event and funding partners GS Holding Inc. and Woods Entertainment, which will see the tournament broadcast globally. The league is set to consist of 33 matches, including semi-finals and a final.

The chief executive of Cricket Scotland, Malcolm Cannon, said: “Cricket Scotland is always looking for more fixtures against high-quality opposition to develop the talent in our national team. The proposal for a six-team European tournament featuring teams from Ireland and Netherlands provides an excellent basis for Scottish cricket to prosper.

“Off the back of our highest ever global T20I ranking of 11th, the tournament comes at a fantastic time for Scottish cricket. The chance to play alongside some of the best in the business will provide a great opportunity for our players to learn and develop their own skillset as we strive to achieve Full Membership and climb the ICC team rankings.

“We are excited to bring the global phenomenon of T20 franchise cricket to Scotland, with our vision to have two city-based teams in Glasgow and Edinburgh.

“Not only will the tournament help develop our players and coaches, we hope the tournament will increase public perceptions of the sport as well as engage communities around our franchise teams, with the opportunity to watch top cricketers from across the globe.”

Warren Deutrom, Cricket Ireland’s chief executive, added: “We are very excited that what has essentially been an 18-month project in planning is across the line.

“The quality and competitive performances in white-ball cricket played by the three nations involved has been on full display over recent years, and we saw a joint competition as the best means of ensuring that there would be high-quality cricket for the players and fans to enjoy.”