Monday, April 2, was something of a paradoxical day at the IPL 2019.

The show had its latest star in Sam Curran, who in just his second match at the tournament took a hat-trick, found potential as an opener and won Kings XI Punjab a match from a position of no hope.

Then there were Delhi Daredevils Capitals. New ownership, new surname, new everything, but still the same old story: they lost seven wickets for eight runs – the worst in IPL history – and were defeated by 14 runs.

And so, at this point, the tale of the traditional IPL laggards are seemingly headed in opposition directions.

Sam Curran. He took four wickets in just eight balls, didn’t realise he’d taken a hat-trick, and was named Player of the Match. All this after replacing Chris Gayle at the top of the Punjab line-up, and scoring a mighty impressive 10-ball 20. There was also a spot of bhangra at the end there. Keep this up, and Kings XI Punjab might think the INR 7.2 crore (approx £800,000) they paid for him was a bargain.

Three of Curran’s four wickets were tail-enders – that’s not his fault – but what triggered it all was the crucial scalp of Colin Ingram, who was well set on a 29-ball 38. Two balls later, he had Harshal Patel caught behind. That was on the last ball of the 18th over. He returned for the final over, had Kagiso Rabada and Sandeep Lamichhane dismissed in consecutive balls. He was so caught up in the euphoria of that comeback win that the hat-trick was an afterthought. Endearing. 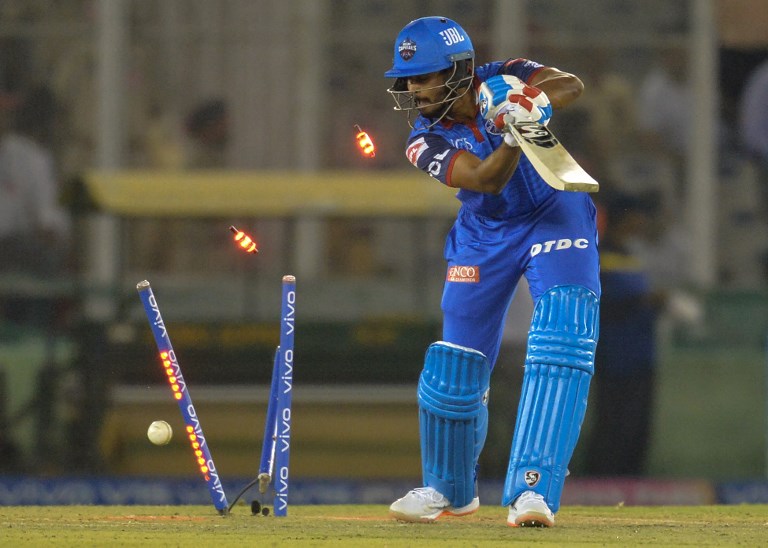 Delhi have shown a propensity to collapse

Delhi’s brain fades. On the face of it, Delhi have a solid line-up, and their Super Over victory against Kolkata Knight Riders suggests just that. But increasingly, they have displayed a worrying lack of steel – Punjab was the second game in a row they failed to capitalise on a position of strength. Against Kolkata, they were 170-3 in a chase of 186 with three overs remaining. However, they lost three quick wickets, and somehow, Kolkata took it to a Super Over. Then came the 8-7 slide against Punjab.

Shreyas Iyer, the Delhi captain, was “speechless”, and clutched at the only “positive” he could. “In a way, it is good that it happened at the start of the season so that we can try and identify our errors and try and sort them,” he said.

They better, or it’ll be just another uncomfortable Delhi summer.

What a comeback this from @lionsdenkxipin as they win by 14 runs in Mohali. pic.twitter.com/cSnOG9o9z4

“The crowd was so loud, I couldn’t hear my own thoughts.”

– Sam Curran, when asked how he managed to miss his own hat-trick. 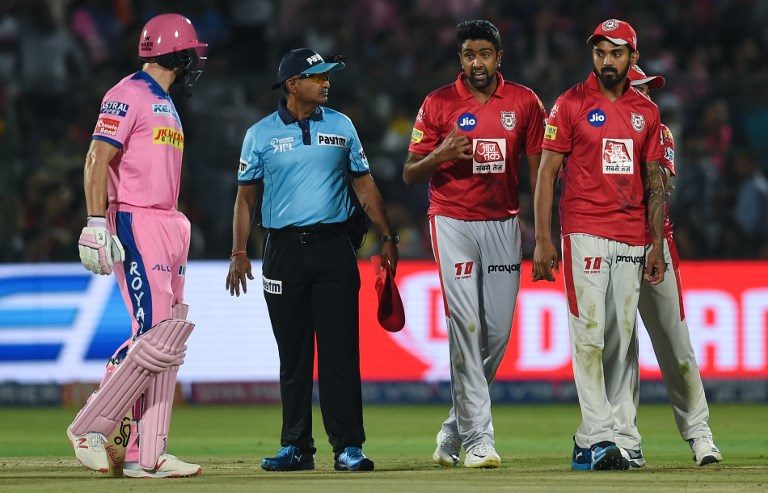 Ashwin effected a run-out, but there was none of this

– R Ashwin, after effecting a legitimate, game-changing run-out that nobody could question, for once.

The clash of the laggards! Royal Challengers Bangalore and Rajasthan Royals are the new stragglers in the Indian Premier League, and their clash on Tuesday promises plenty of mis-hits and slip-ups.