Another day, another controversy at the IPL 2019. Mumbai Indians beat Royal Challengers Bangalore by six runs in a thriller, but it could have all been different had Lasith Malinga’s last-ball no-ball been spotted by S Ravi, the umpire.

He didn’t. And while the players shook hands after the match, a picture emerged on the giant screen at the M Chinnaswamy Stadium showing Malinga’s front foot clearly over-stepping the line.

Boom. Kohli was furious. Even Rohit Sharma was. And there was another debate regarding the workings of the game as we know it. 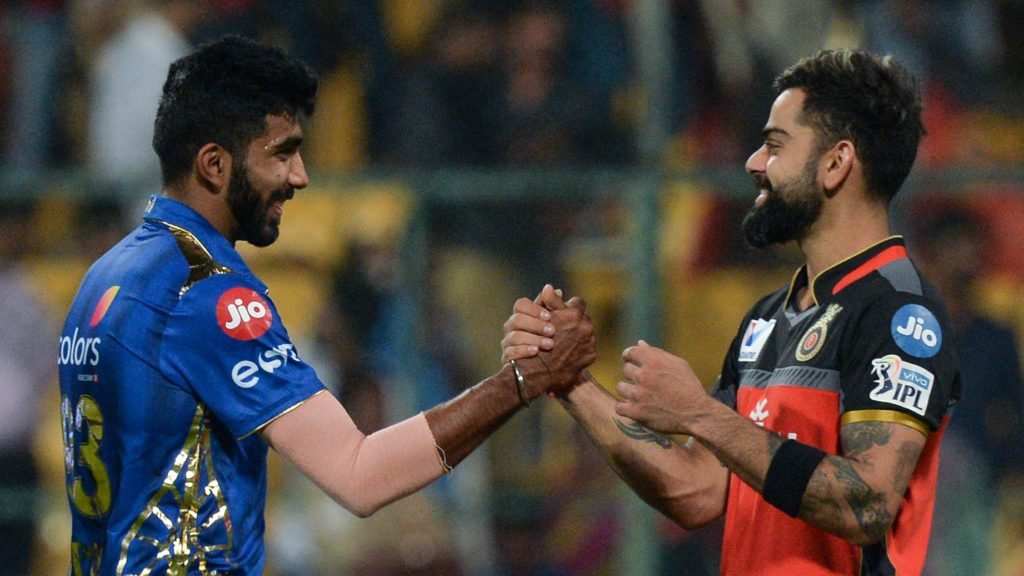 Kohli will be envious of Mumbai’s pace stock

Jasprit Bumrah. Mumbai’s victory – despite all that controversy – can be put down to this one man. He conceded just eight runs in his last three overs in the death, even stifling an on-song AB de Villiers in the penultimate over. It meant Bangalore needed 17 runs off the last over. They somehow brought the equation down to seven off the last ball – six to tie – when all the drama happened.

Bumrah, along with Malinga, applied the brakes on Bangalore in the death, and if Mumbai are to go well in this tournament, their bowlers will play a major part in it. Unlike Bangalore, who have traditionally been rich with their batting stocks, but have lacked severely with the ball – here, they conceded 40 runs in the last three overs alone.

I believe with the technology that’s being used in cricket for different things what happened in the #MIvsRCB match highlighted that more should be done.

A quick call from the third umpire on the #noball would have been the right way to go and must be implemented going forward. pic.twitter.com/58lGfHJKJu

The umpiring. There have been plenty of errors of late. Apart from the no-ball, there was also wide called in the previous over when it clearly wasn’t. It has all prompted a debate regarding the use of technology to aid the umpires. But perhaps more tech isn’t the answer. It’s a simple matter of the third umpire keeping a lookout for no-balls, and speaking into the earpiece of the on-field umpire when the need arises. It’ll take mere seconds.

Tech shouldn’t be a cause for concern, but it is, simply because, somehow, it has made umpiring errors more common. Umpires seem to think of technology as a safety net, but they shouldn’t rely on it too much. Plenty of people are expected to be out of jobs in the near-future with Artificial Intelligence becoming an improving force. You don’t want umpires to be one of them.

3 sixes in 3 balls bowling to @YUVSTRONG12 and even @yuzi_chahal feared a repeat of the 2007 T20 WC, before redeeming himself the very next delivery ? #RCBvMI #VIVOIPL @RCBTweets pic.twitter.com/RRqxxmrDZw

“When he hit me for three sixes, I felt like Stuart Broad!”

– Yuzvendra Chahal on the first half of his over to Yuvraj Singh, before a veteran Yuvraj felt his age.

“Everybody please calm down. It’s just a game of cricket”

Sunrisers Hyderabad host Rajasthan Royals on Friday, and all eyes will be on Jos Buttler, and whether he dares back up too much at the non-striker’s end.