Just how much difference can three overs make in a T20 game? As it turned out on Wednesday, April 24, in Royal Challengers Bangalore v Kings XI Punjab, it was all the difference.

Specifically, the last three overs of each innings. Take those overs out and very little separated the two teams.

Bangalore racked up 70 for the loss of one wicket in the Powerplay; Punjab made 68-1. Bangalore lost three wickets in the middle overs (7-15); Punjab lost two. Beyond that, their fortunes diverged.

At the halfway stage of their innings, Bangalore were in the middle of a collapse, at 84-4; Punjab, on the other hand, were cruising in their chase, a good 21 runs ahead, having lost two wickets less. Just before that final three-over passage, RCB were 138-4; the corresponding numbers for Punjab were 167-3. 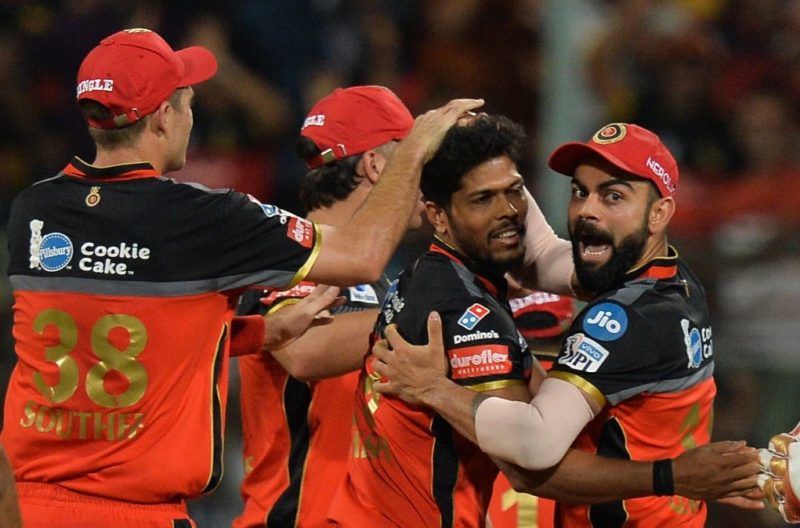 Then, the most telling difference: Between overs 18 and 20, Bangalore pillaged 64 runs, with 10 boundaries. Punjab, by contrast, made 18 runs and managed one six. They also lost four wickets in that time.

R Ashwin, the captain, acknowledged that Punjab fell away with their execution in the final three overs of Bangalore’s innings. “Sixty runs off three overs wasn’t desirable,” he said at the post-match press conference, “but we were in the chase all along. We just couldn’t finish it off. The teams that play the crunch situations go on to win, which we backed our senior players to do. Didn’t quite turn out that way. That’s how it’s gone our way all through the tournament, we’ve had all close games.”

To give credence to Ashwin’s concerns with Punjab’s execution, sample these lengths that their bowlers hit at the death. It began with Hardus Viljoen’s 18th over. The South African’s first ball to countryman AB de Villiers was a low full toss at close to 140 clicks and was promptly dispatched for four behind square leg.

.@ashwinravi99: "We haven't been outplayed by any opposition which is a great positive for us!"#SaddaPunjab #RCBvKXIP #VIVOIPL #KXIP

On his next ball, he was walloped for a six over his head as he sent down a half volley outside the off stump. That was followed by two wides as Bangalore reeled off 16 runs in the over.

Mohammed Shami hardly fared better against de Villiers. His two slower balls in the 19th over were both wide outside off, allowing de Villiers to clear the front leg and swing. When he put pace back on the ball, it resulted in a waist-high full toss that landed on the roof.

Viljoen’s misery continued into the innings’ last over, when he was swung for three sixes and two fours. His lengths: length, full toss, full, full toss again, and, finally, length to end the innings.

The major takeaways from that sequence? An assortment of full tosses, half-volleys and length balls, all of them in the batsmen’s arc, with liberal amounts of width, and not a single yorker.

Contrast that with the areas RCB’s bowlers hit. Let’s begin with the 18th over again, sent down by Umesh Yadav. It was potentially the over that put the seal on RCB’s win.

After forming a great partnership with @ABdeVilliers17, Marcus Stoinis talks about @yuzi_chahal helping him break a crucial 2nd wicket stand in @RCBTweets' win in Bengaluru! By @RajalArora. #RCBvKXIP

Punjab had required 36 off the last three overs. They had seven wickets in hand. They also had Nicholas Pooran batting in his forties, striking at close to 200. Surely, this was their game to lose now.

Umesh didn’t over-try. At least four of his balls were on a length. But, crucially, he gave the batsmen zero room. And at his pace, batsmen didn’t have much time to manufacture some for themselves. It resulted in mistimed shots and toe-ended heaves, such as Pooran’s top-edged pull that ended with Marcus Stoinis putting down a sitter at long-on.

That over essentially sucked out the steam that had built up in the Kings XI chase until then. In Navdeep Saini’s next over, Miller mistimed a length ball towards long-on, where AB held on to a catch beautifully, diving to his right. On the last ball of the same over, Pooran failed to get underneath a fuller one and found de Villiers again. 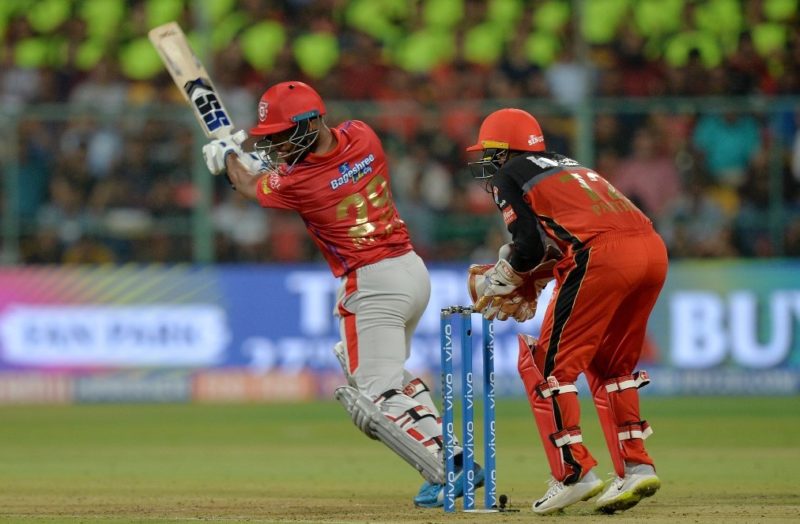 With two set batsmen gone, this was no longer Punjab’s game. It meant they were now left to face familiar issues. Right through the season, Punjab have struggled to finish off games.

You can see why. They have largely relied on their top order to power through the innings. On Wednesday, their top three had done their share of lifting, with Chris Gayle, KL Rahul and Mayank Agarwal making 100 runs between them in 58 balls. But at five down, the rest of Punjab’s line-up read: R Ashwin, Hardus Viljoen, M Ashwin, Ankit Rajpoot and Mohammed Shami.

"We just couldn't finish it off. The teams that play the crunch situations go on to win, which we backed our senior players to do. Didn't quite turn out that way."

That’s a long tail – longer than is ideal to win games in crunch situations. All it takes for a meltdown is two quick middle-order wickets. RCB had found those with the scalps of Pooran and Miller.

R Ashwin launched the first ball of the last over straight down the ground for six. Off the next ball, he tried to do it again and found Virat Kohli at the boundary. Umesh then had Viljoen caught down the leg side and went on to concede just three more.

RCB won by 17 runs. Umesh had successfully defended 27 in the last over. Just a few days earlier, he had come this close to conceding the game, defending a similar margin against MS Dhoni. How things change.

Carnage at the Chinnaswamy. @RCBTweets plundered 64 runs off the last three overs. In those three overs their Attack Rating was 245, their Timing Rating was 290 and their Power Rating was 248. The season averages are 164, 108 and 116. #IPL #RCBvKXIP @lionsdenkxip

Not for Ashwin, though, who once again had to face questions about his team’s inability to finish what they had started. “Our execution was all over the place in the last few overs,” he said. “When you chase down 200, we want our batsmen to make 70-80. We were at 105 in 10 overs and we also lost the momentum like RCB did from 10-14. But I thought Nicholas Pooran played really well and I thought we were cruising at a situation where we needed 45 runs in four overs. It was disappointing we couldn’t finish it off.

“Two overs, 30 runs was still gettable at this ground, against a bowling attack that we’ve seen crumble before. We did back ourselves with David and Pooran going really strong. It is all a matter of one or two balls when you can’t connect. The margins have been really close, but it’s just that we couldn’t close out the games and that’s been the downside for us this season. Hopefully, we can correct it in the coming matches.”