After a six-hitting masterclass from Andre Russell, Royal Challengers succumbed to their fifth successive defeat this season, and their aim to make it to the play-offs already seems distant. If history is a guide, Bangalore will need to win at least seven of their remaining nine matches to even be able to hope to make it into the final four.

Comebacks of that sort have been made by other teams in the league, most notably by Chennai Super Kings and Mumbai Indians, both three-time champions. In the 2015 season, Mumbai had lost five of their opening six games before famously bouncing back to eventually win the trophy.

But before Bangalore, three-time finalists, can look to those come-from-behind stories to seek inspiration, they’ve more pertinent questions to deal with regarding their bowling.

Bangalore’s bowling has traditionally been their weakness, but they’ve done little to address that – already this season, they’ve conceded two of the six totals exceeding 200.

The second of those came on Friday, April 5, when Russell tonked seven sixes in his 13-ball 48* to help Kolkata Knight Riders win, despite their asking rate having crept over 17 by the end of the 17th over.

Worryingly for Virat Kohli, the Bangalore captain, his bowlers failed to take the game to the wire – the winning run was scored off the very first delivery of the 20th over after Tim Southee, who replaced Umesh Yadav to plug death-bowling issues, was carted for 29 runs in the penultimate over by Russell.

Gut wrenching for Virat Kohli and #RCB fans. Had the game covered till #DreRuss happened

Now whom do RCB turn to? Their pace bowling stocks look rather lacklustre. Southee once returned 7-31 against England in the 2015 World Cup, but has since averaged 44.82 in the format. In T20Is, each wicket has cost him 27.77 runs during the same period with an economy rate of 8.60.

They, of course, possess a world-class leg-spinner in Yuzvendra Chahal, and he has done well, but it’s too much to ask him to cover for the collective under-performance of the pace attack.

Fortifying their pace department should have been a priority for Bangalore at the 2019 auction. Instead, they shelled out big money for batsmen like Shimron Hetmyer, Akshdeep Nath and Shivam Dube. Hetmyer and Dube have managed just 31 runs between them from seven innings, and were both dropped by the fifth match. Nath is yet to even bat. 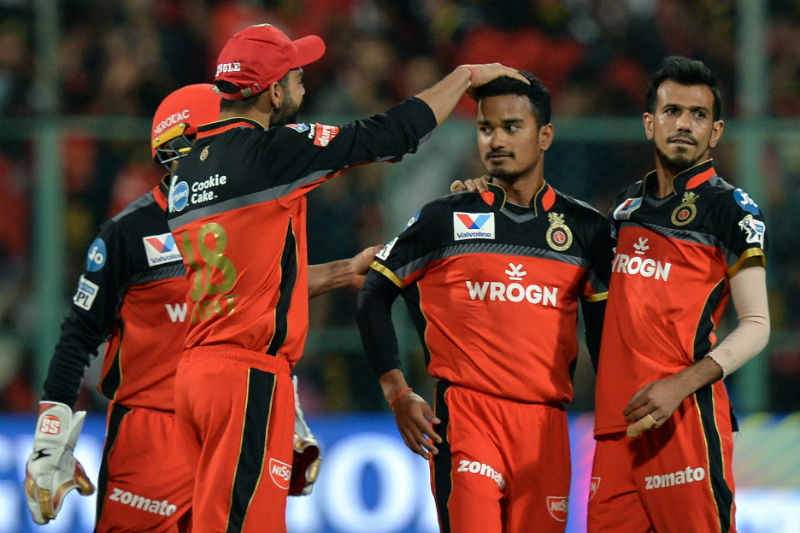 The pressure seems to be taking its toll on Kohli. He expressed displeasure in strong terms over how the quicks failed to deliver at the death, although the captain also made the curious decision to not bowl Moeen Ali on a pitch that was taking turn. Spinners on both sides had excelled, but still, Moeen was ignored.

During the post-match presentation, Kohli himself said there was support for spinners. “I thought the runs were enough on the board, if you saw the ball, the way it spun and way it stuck in the wicket, it wasn’t that easy to bat, but we just didn’t have enough composure.”

The prospects seem bleak for Bangalore. And if they can’t find a quick-fix to their bowling troubles, their campaign may well be over.