Indian Premier League side Sunrisers Hyderabad have reappointed David Warner as their captain ahead of IPL 2020.

Warner, who had led the Sunrisers to their maiden title win in 2016, was suspended from taking part in the 2018 edition following the ball-tampering scandal that engulfed Australia during the Cape Town Test earlier that year.

In his absence, New Zealand’s all-format captain Kane Williamson took over the leadership role, which he retained even after Warner returned to the side in 2019, with Bhuvneshwar Kumar doing the vice-captaincy duties.

Cricket Australia placed Warner under a lifelong captaincy ban for his role in the ball-tampering incident, but other boards aren’t required to comply with that rule. And so, the Australian opener, who has led Sunrisers in 47 games in all, will now take over the reins of the side during IPL 2020.

“I’m thrilled to be given the captaincy for this coming IPL in 2020,” Warner said. “I’m extremely grateful for the opportunity once again to lead the team. I’d obviously thank Kane [Williamson] and Bhuvi [Bhuvneshwar Kumar] for the way you guys led throughout the last couple of years.

“You guvs have done an outstanding job and I’d be leaning on you guys for support and your insight to the game as well. And to the management, thank you very much for once again giving me this opportunity, and I’ll be doing my very, very best in trying to lead us to lifting that IPL trophy once again.” 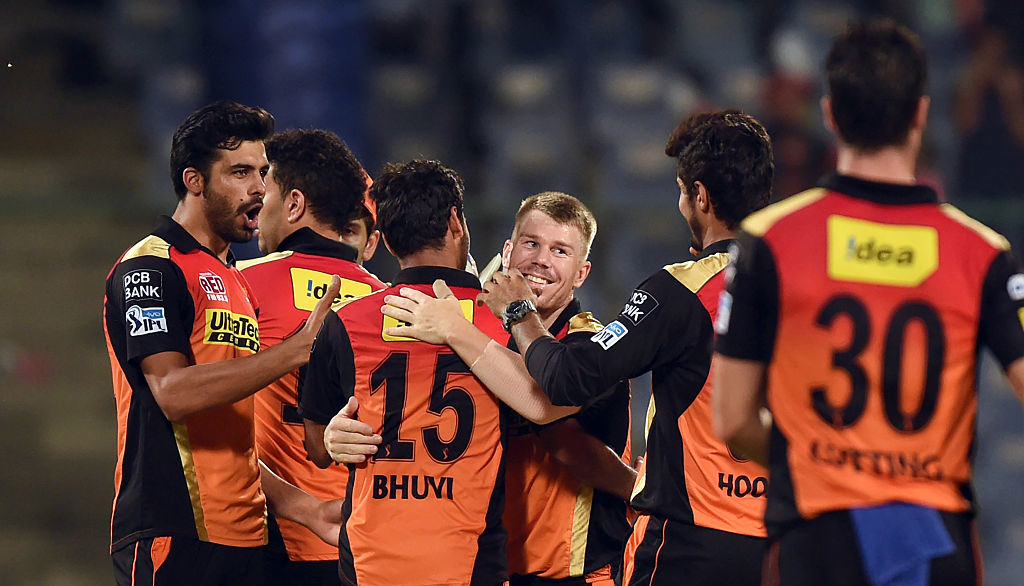 David Warner led Sunrisers Hyderabad to the IPL title in 2016

Warner has been one of the most consistent performers in the IPL, and is currently the fourth-highest run-scorer in the competition’s history, with 4,706 runs from 126 games at 43.17. He’s also one of the only two players to have won the orange cap (awarded to the highest run-scorer) twice in the competition. He’s been in outstanding form of late, having aggregated 415 runs from his last nine games for Australia, while being dismissed only thrice.

Sunrisers had finished as runners-up in 2018, losing to Chennai Super Kings in the final, and were ranked fourth in the 2019 edition. They’ll begin their 2020 campaign against defending champions Mumbai Indians on April 1  in Hyderabad.