Who are the English players set to shine bright in IPL 2020?

Thirteen English players are contracted to IPL teams for the 2020 season. With the T20 World Cup taking place in Australia later this year, the tournament presents a chance to play with and against some of the very best T20 cricketers on the planet.

The tournament is expected to take place between March 29 and May 24, meaning that players involved in the England Test tour of Sri Lanka will arrive shortly after the start of the IPL.

Here are the 13 IPL 2020 English players bidding to light up the tournament.

For the second consecutive year, the youngest Curran brother was one of the biggest winners at the IPL auction, joining CSK for just under £600,000. Part of an impressive group of bowlers at the franchise, which includes Shardul Thakur, Lungi Ngidi and Josh Hazelwood, Curran’s added penchant for hard hitting with the bat should give him a good chance of selection in MS Dhoni’s side.

An explosive opener, the Surrey man averaged over 63 at last year’s World Cup, Roy has a reasonable chance of opening the batting for the Ricky Ponting-coached Capitals. Shimron Hetmyer is the franchise’s other standout overseas batsman while he also faces competition in the form of Shikhar Dhawan and Prithvi Shaw for a spot at the top of the order.

Woakes boasts an impressive record of 25 wickets in his 18 IPL appearances. However, he has not played a T20 since August 2018 and his last T20I came back in 2015, so it appears unlikely that he will be part of England’s plan for the World Cup at this point in time.

The Capitals can call also on Kagiso Rabada, and Sandeep Lamichhane as overseas bowling options, so Woakes will have to be at his best to be included in the eleven.

On his third IPL team, Jordan is a reliable death bowling option and has plenty of experience in franchise T20 cricket across the world. Jordan faces competition for the overseas fast bowling slot in the form of West Indian quick Sheldon Cottrell. With Chris Gayle, Mujeeb Ur Rahman and Glenn Maxwell in the Punjab squad, Jordan is likely to be vying for the fourth overseas slot against Cottrell and maybe even his West Indies teammate Nicholas Pooran. 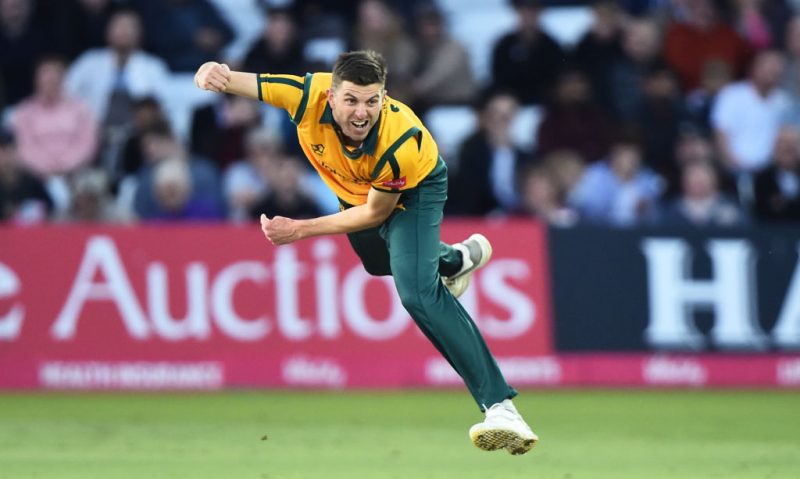 Gurney has been retained by KKR after a 2019 season which saw him take seven wickets from eight matches. The 33 year-old has not played for England since 2014 and is, at best, an outside bet to play in the forthcoming World Cup, but boasting an impressive 190 wickets from 156 career T20 games, the left-arm death bowling expert could be mightily effective for the Knight Riders.

England’s captain was bought by KKR for £560,000 having previously played for the franchise from 2011 to 2013. Despite his overall success of the course of his T20 career, Morgan has had mixed success in the IPL, only passing 50 four times in his 52 games and averaging 21.35 in the competition. One of the finest finishers in world cricket, the IPL will provide useful T20 game time for one of England’s key men in the T20 World Cup.

Banton enjoyed an excellent maiden Big Bash season with Brisbane Heat, finishing with a strike rate of 176.98 – the highest in the tournament of anyone to bat more than once. He appears to be KKR’s replacement for Chris Lynn, who switched to Mumbai Indians, and will look to force his way into England’s line up for the World Cup after being omitted from their squad for the T20I series against South Africa.

Though his T20I record is surprisingly indifferent, Stokes cost Rajasthan almost £1.4 million at the 2018 auction and has stayed at the franchise since. Stokes’ only T20 century came for the now-defunct Rising Pune Supergiant in his debut IPL season, and after his sensational 2019, the all-rounder is one of the star names in the tournament.

Although a stress fracture of the elbow has reportedly ruled Arches out of this year’s IPL, Rajasthan remain optimistic that he can be fit in time to play in at least some part the tournament. With a brilliant T20 record of 121 wickets from 95 games and an average of 22.47, it is understandable why Rajasthan want him back in action as soon as possible.

Buttler move to the top of the order during the 2018 IPL has been a relevation. Though England appear unsure about where they want him to bat, it is likely that Buttler will open for Rajasthan again this year, with his career strike rate of 144.44 setting the wicketkeeper-batsman apart from most in the world.

One of the most consistently excellent performers in the Big Bash, Curran has taken 42 wickets from 28 matches there, he has had few opportunities to showcase his talent in the IPL. His five appearances for KKR in 2018 remain his only outings in the competition but the injury to his England teammate Archer may provide him with the chance to impress. A member of England’s T20 squad in South Africa, he’s one of a plethora of pace options for the T20 World Cup later this year.

Despite talk that Moeen would return to the Test set-up for England’s tour of Sri Lanka, he is still opting to focus on white-ball cricket in the absence of a red-ball central contract. He has played the last two IPL seasons for RCB, striking at a remarkable 165.92, scoring three fifties in the process.

Bairstow was prolific in the 2019 IPL, averaging over 50 at the top of the order alongside his partner David Warner. Left out of England’s Test touring party to Sri Lanka, the IPL should provide him with a chance to yet again showcase his white-ball prowess.