Leg-spinners Rashid Khan and Adam Zampa this week signed up to play for Sussex and Essex respectively in this summer’s T20 Blast, proving how leg-spin has become a hot commodity in the game’s sprightliest format.

Khan was the joint-leading wicket-taker in this year’s Big Bash League – 18 in 11 matches – and he will reacquaint himself with Sussex’s incoming coach Jason Gillespie, whom he played under for the Adelaide Strikers. The 19-year-old was also named the 2017 ICC Associate Cricketer of the Year and has taken 42 wickets at 14.35 in T20 internationals since making his international debut for Afghanistan in 2015. 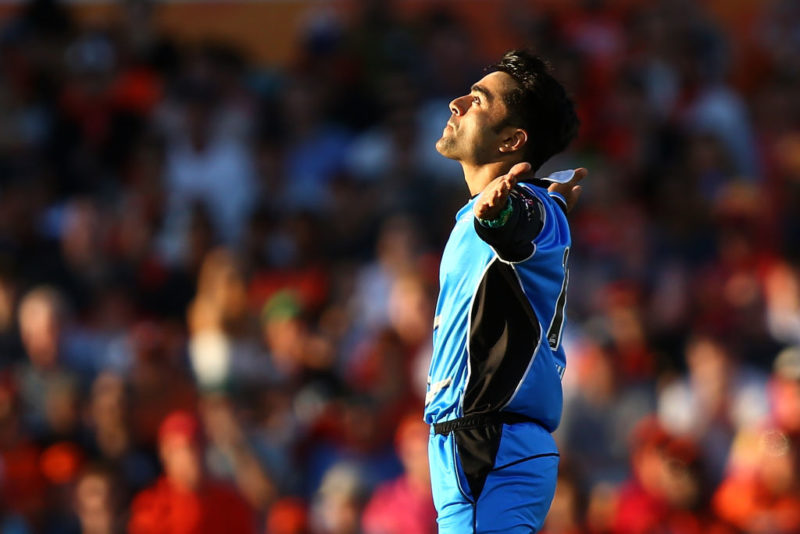 As well as his Big Bash success, Khan was the sixth highest wicket-taker in the 2017 IPL

The Afghan will join an already extremely talented attack of Jofra Archer, Tymal Mills and Chris Jordan at Sussex, who will likely start the Blast among the favourites.

Zampa was part of Australia’s squad for the recent 4-1 ODI series defeat to England and has represented his country 12 times in T20 internationals, taking 17 wickets at 15.17. He is the second Australian Essex have signed this week, with Peter Siddle also having joined. 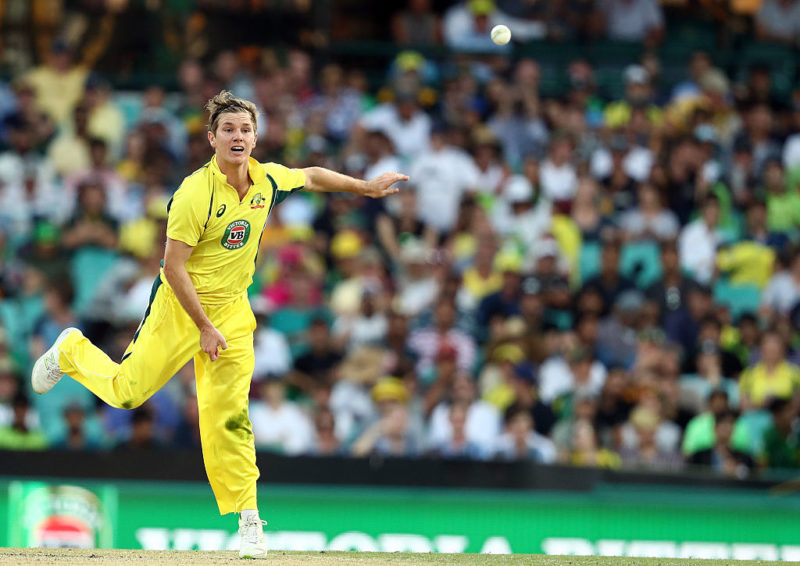 The additions highlight the recent success of leg-spinners in T20 cricket with the breakthrough of Hampshire’s Mason Crane and Adil Rashid’s consistently impressive performances for England prime examples. Imran Tahir has also had a lot of short-form success – the South African is currently the ICC’s number-one ranked ODI bowler and helped Derbyshire reach the quarter finals of the Blast last year.

This success has seen the art of leg-spin become a hot commodity for counties looking to recruit overseas players who can turn a match on its head with the ball. But just why are they becoming the go-to option for counties in the short form? The statistics point to an ability to take wickets while also going to a low economy rate. 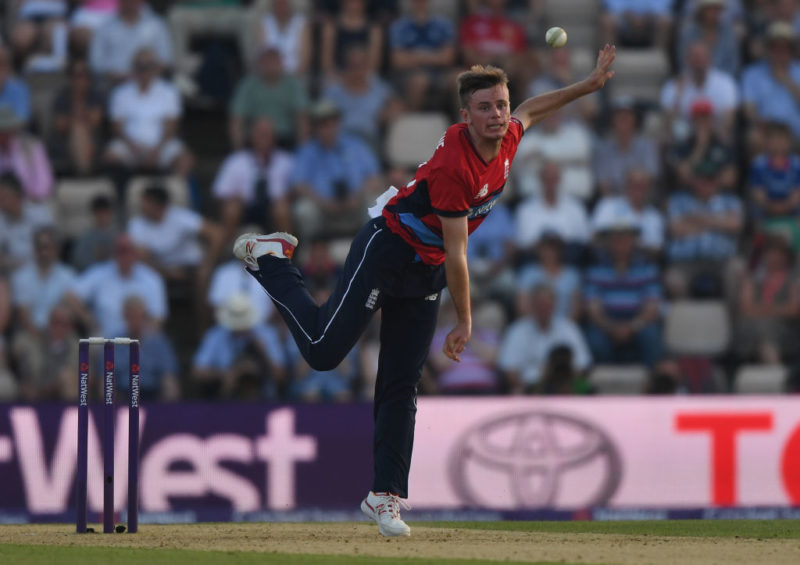 Crane finished the 2017 T20 Blast with an economy rate of just 6.63 – the lowest of the top ten wicket-takers in the competition. He also took more wickets at a lower economy rate in the same number of games as Northamptonshire’s Mitchell Santner – the number-one ranked T20I bowler. Crane was one of four leg-spinners to take at least 15 wickets in the tournament, while each of the four – Crane, Rashid, Tahir and Max Waller – went at under eight runs per over.

Rashid took 12 wickets in 13 games at 7.1 runs per over, including a 4-19 for Yorkshire in their victory over Durham. Tahir helped Derbyshire qualify from their group for just the second time since the inaugural T20 competition in 2003, taking 17 wickets in 13 matches at 7.42 per over. Somerset’s Waller, meanwhile, took 16 wickets in 14 matches whilst going at 7.73 per over. 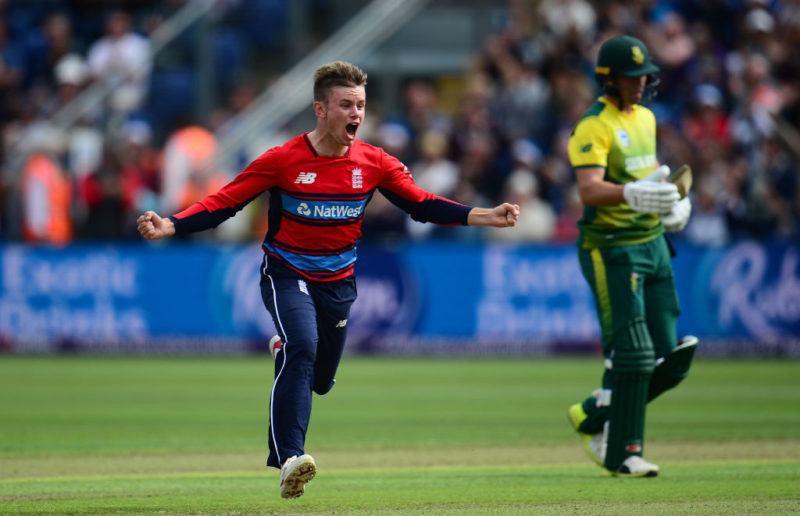 Crane, just 20-years-old, also made his T20I debut for England last year, going for just 24 runs from his four overs as England beat South Africa. His addition to the side shows how England’s selectors have made the selection of a leg-spinner a priority for Eoin Morgan’s side.

However, the fact that counties are having to venture overseas suggests a dearth of leg-spin talent within the English set-up. The Test side bemoaned the lack of a mystery spinner in the recent Ashes series, but the ODI scene has had no such problems. Rashid has had an economy of less than 7.5 in each of his last eight T20I matches for England and has been a major part of their success in recent times. 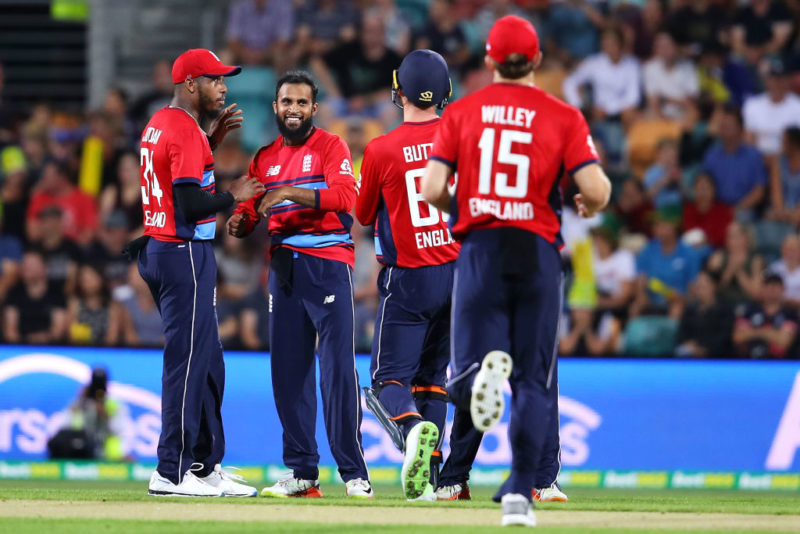 Speaking about Zampa’s addition, Essex coach Anthony McGrath said: “He has the ability to spin the ball both ways and that mystery in the middle overs is something we have been missing from our T20 side.”

His views are shared by many coaches across the county circuit, with leg-spinners providing the ideal option to tie up an end after the often-manic opening six overs of the Powerplay. The ability to spin the ball both ways, a trait shared by each of the successful leg-spinners last year, has become a fundamental part of diluting the number of boundaries and deceiving batsmen. 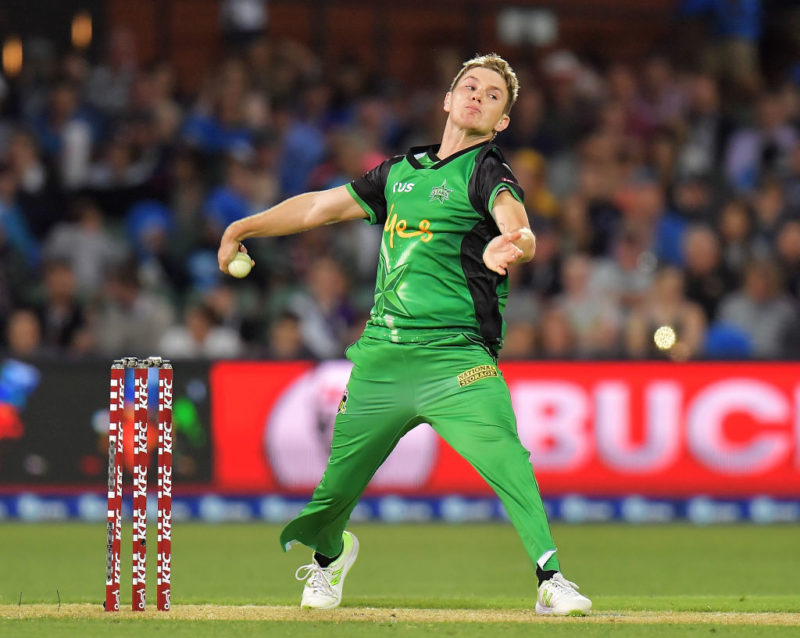 Adam Zampa representing the Melbourne Stars in the Big Bash

Counties have started turning to part-time exponents, with Worcestershire using occasional tweaker Brett D’Oliveira to fill a void. He went at just 6.82 from his 34 overs in the competition last summer. Liam Livingstone was another to chip in with a few overs for Lancashire.

Leg-spinners have become tried and trusted in T20 cricket and Essex and Sussex will be keen to see Zampa and Khan replicate the success when the Blast begins in July. T20 is supposedly a batsmen’s game, but the recent accomplishments of leg-spinners in both England and around the world is turning that pendulum back towards the bowler – even if it is still some way off equilibrium.