Marcus Stoinis was in barnstorming form for Melbourne Stars against Sydney Sixers in a Big Bash League clash at the Melbourne Cricket Ground, breaking a slew of records, including the mark for the highest BBL score.

Stoinis finished with 147 runs to his name, 25 runs more than the previous best: D’Arcy Short’s 122* for Hobart Hurricanes against Brisbane Heat in 2018. His knock was the joint 13th-highest in all T20 cricket, and the third-highest by an Australian, behind two scores by Aaron Finch in T20I cricket.

Stoinis received sterling support from opening partner Hilton Cartwright, who made 59 off 40 balls before falling in the final over. The pair put on 207 for the first wicket, the highest stand for any wicket in BBL history, breaking a record set in the very first edition of the tournament, when Rob Quiney and Luke Wright put on 172 for the first wicket for the Stars against the Hurricanes. Stoinis and Cartwright’s stand was the joint-seventh highest stand for any wicket in all T20s, and the fourth-highest opening stand.

However, Cartwright was reduced to a watching brief for much of the innings, with Stoinis hogging the strike to an almost unprecedented degree. The 79 balls he faced was a joint-world record in T20 cricket, level with the 79 balls faced by Finch in his 131* for Surrey against Sussex in the 2018 T20 Blast.

Stoinis didn’t quite dominate the scoring to the extent that he dominated the balls faced, with his runs accounting for 67.12 per cent of the Stars’ eventual 219-1, the 23rd highest such marker for a completed T20 innings, and the third highest in the BBL. 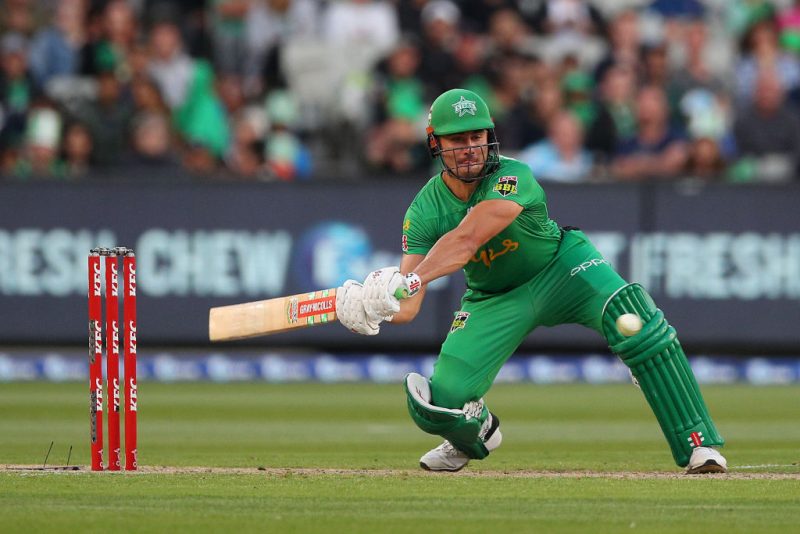 Stoinis smashed 100 runs in boundaries in his record-breaking knock

The Stars’ total was the third highest in BBL history, while having lost just one wicket, the sit joint-fourth on the list for highest batting average in a team innings, discounting 10-wicket wins.

Related Story: The five teams in the Big Bash 2019/20 finals

However, while it was an excellent game for Stars’ batsmen, it was a one to forget for the Sixers bowlers, in particular, Ben Dwarshius, who finished with 0-61 in his four overs; the most expensive spell in BBL history. Tom Curran didn’t fare much better, though he did at least claim the only wicket to fall. He finished with figures of 1-58 in four overs, the joint-fifth most-expensive BBL figures. Curran himself conceded 1-58 against Melborune Renegades just 10 days before his Stars shellacking.