Australia fielding coach Brad Haddin expects his players to enjoy the “theatre” of the English crowd during their warm-up match against the hosts at The Ageas Bowl in Southampton as well as through the rest of the summer during the World Cup and the Ashes.

Addressing the press in Southampton, the former wicket-keeper batsman said that he’s looking forward to the reception the English fans are likely to serve up. “I’d be disappointed if the England crowd weren’t involved in the game,” said Haddin.

“One of the pleasures I had in my career was the theatre of touring to England and when the Barmy Army come out to Australia and what it brings to the game.”

Recently, England all-rounder Moeen Ali urged the fans to go light on David Warner and Steve Smith during the World Cup as they return to international cricket after a 12-month suspension over their role in the ball-tampering scandal, which broke out in Newlands last year. 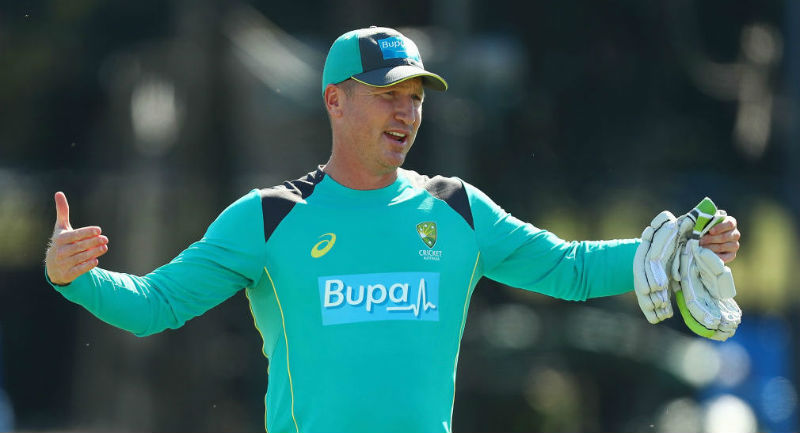 Haddin praised the Barmy Army for their respect shown towards the game, adding that the team was excited for the challenge.

“The one thing I have noticed is that they still respect good cricket. They’ll still have their songs and their fun, but I have never known an English crowd not respect a good hundred or a five-for or a good performance in the field. It’s something for me, personally, it was great part of coming to England. It was fun. We don’t get a lot of that sort of crowd in Australia so the guys are very excited.”

A member of Australia’s victorious campaign at the 2015 World Cup, Haddin urged his players to remain positive and competitive irrespective of the results.

“I know the guys are excited about the World Cup and we will play the cricket we always play. There’ll be a contest out in the field. But as we know probably better than anyone else, there are places you can go and places that you can’t. I hope they are smiling. It’s a huge event the World Cup and if they are not smiling it will be disappointing. We’ll be encouraging them to smile and compete.”

The Austalian team will be under the able guidance of vastly experienced former cricketers, Justin Langer and Ricky Ponting, who will serve the players with a wealth of experience.

Talking about the side’s preparations for the upcoming season, Haddin seemed content with the players’ association with the coaching staff.

“Yeah it’s been good, just informally. We’ve had a pretty big lead into this whether it’s just over a coffee – you’ve got a lot of time on the team bus in the UK to get around with the players.

“You’ve got obviously Ricky’s experience, I think he’s been to five and I myself have been to three, but there’s also that we all played different roles.”