Four innings in an ODI, with each innings of 25 overs, and 15-minute breaks between them – India legend Sachin Tendulkar has reiterated his old suggestion for restructuring ODI cricket to make it more interesting for fans and broadcasters.

Tendulkar first suggested this change a decade ago – the ICC even took the idea on board, but did not implement it eventually.

“The 50-over format is the first thing that needs a look-in,” Tendulkar told The Times of India. “As I had suggested, the format needs a tweak of two innings of 25 overs per side, with a 15-minute break between each innings (a total of four innings between two teams). The number of innovations that can be brought in are huge. 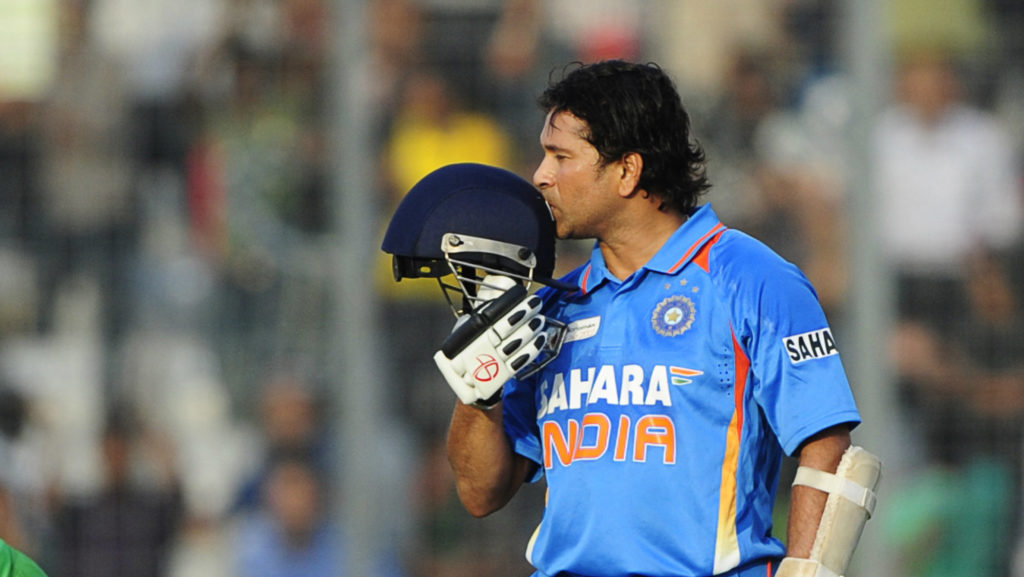 Sachin Tendulkar first made the suggestion to restructure ODIs in 2009

“Let’s say there’s a 50-over-a-side match between Team A and Team B. Team A wins the toss, bats 25 overs – then team B bats for 25 overs. Team A resumes their innings (with wickets left from first innings) from the 26th over. Team B then resumes the last innings to chase the target.

“If Team A has lost all their wickets within the first 25 overs itself, then Team B gets 50 overs (25 overs, plus 25 overs, with a break) to chase the target.”

Dew is a significant factor in the sub-continent at this time of year, and Tendulkar said playing this format would negate the advantage the chasing team would have. “There’s always a chance to come back into the game,” he said.

“In a regular 50-over format, if a side wins toss and there’s dew, the side bowling second has no chance. The wet ball just skids on to the bat and it’s never a fair battle”.