Sri Lanka spinner Ajantha Mendis has announced his decision to retire from all forms of cricket.

Mendis, 34, last played an international game in December 2015: an ODI against New Zealand. He featured in 19 Tests, 87 ODIs and 39 T20Is, claiming 70, 152 and 66 wickets respectively, in an international career spread across seven years since his debut in 2008.

Ajantha Mendis has retired from all forms of cricket!

The Sri Lankan spinner took 288 wickets for his country across the three formats. pic.twitter.com/ZwABGqvRWf

Termed a ‘mystery bowler’ for his clever bag of variations, Mendis, conventionally an off-spinner, shot to fame for the remarkable execution of the ‘carrom ball’, a leg-break bowled by the flick of the fingers. He tasted success early, clinching two five-wicket hauls inside his first eight ODI games. That included a stunning 6-13 against India in the final of the 2008 Asia Cup, his best figures in the format.

In January 2009, he trumped Ajit Agarkar to become the fastest bowler to 50 ODI wickets, reaching the milestone in just 19 ODIs. He still holds that record today. 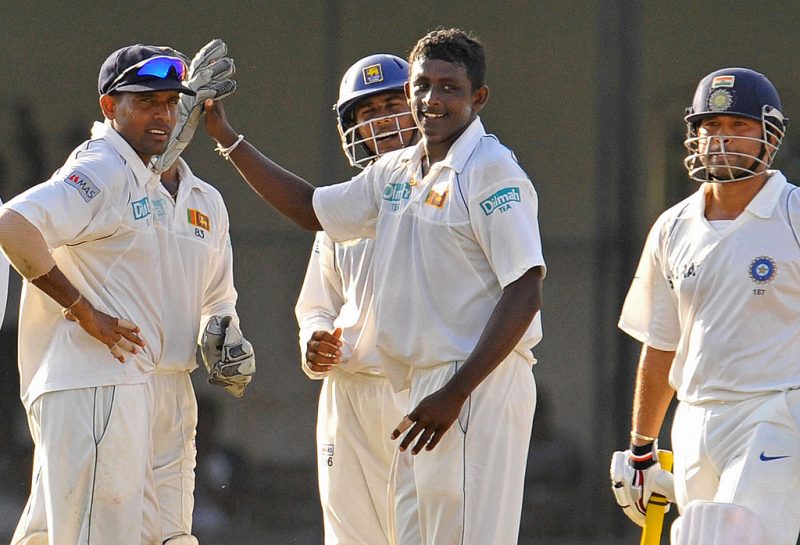 His foray into Test cricket was equally impressive: debuting against India’s batting-heavy line-up, Mendis took 26 wickets in the three-match home series in 2008, including two five-wicket hauls. Spin legend Muttiah Muralitharan, impressed with his heroics, had called him the “future of Sri Lankan cricket”.

In T20s, Mendis had the ability to prise out big wickets in a cluster, claiming two six-wicket hauls in his career. No bowler, apart from India’s Yuzvendra Chahal, has claimed even one. Incidentally, his two spells are the first two entries on the list of best bowling figures in men’s T20I cricket.

With time, however, Mendis’ impact tailed off, with batsmen increasingly figuring out his variations. A disc fracture to his back in 2014 accelerated his slide, ending his Test and T20I careers that very year.

He featured in four ODIs in late 2015, but, by then, the ‘mystery’ had faded away, and he spent his last few playing in Sri Lanka’s domestic circuit, representing Police Sports Club in Tier B until July this year.